OLAMI Resources   /   Featured Posts   /   New! Marit Ayin – Should We Care What Others Think? 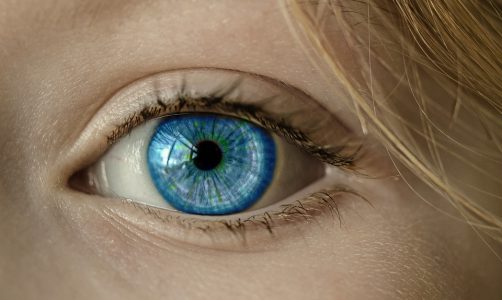 As we were growing up, most of us heard a variation of the following “rules” from our parents: Do the right thing. I do not care what your friends are doing. You have to behave properly. (“If all the other kids jumped off a bridge, would you do it too?”) It makes no difference what other people think, as long as you do the right thing. The first two statements seem to be ideas everyone can agree on: act morally and resist peer pressure. But is the last statement really the ideal? Should people not care what others think of them or their actions? If each individual acts ethically in a given situation, but it looks unethical to others, should people still take that action? Is it really ethical and moral to not be concerned about how others react to the way people conduct themselves? Judaism has much to say about these questions and this moral issue.

JUDAISM VERY MUCH CARES WHAT OTHERS THINK ABOUT OUR ACTIONS

In Judaism, how people react to a Jew’s action is indeed very important. The very essence of being Jewish is how one impacts not only upon oneself but also upon others. Therefore, to consider the reaction of others as unimportant is to contradict a fundamental precept in Judaism, because it does not allow a Jew to fulfill his or her overall mission. The very first Jew, Abraham, is promised by G-d that he will be a blessing to all people of the world, not just for Jews. This indicates that others would aspire to be like Abraham. Every action that Abraham took was scrutinized by others, and rightly so. Had Abraham acted in a way that would have affected people negatively, he would not have been able to succeed in his goal to inspire others to believe in one G-d.

This is not just Abraham’s mission, but it is also the mission of every Jew. Therefore, the Talmud explains how a person fulfills one of the main guiding principles of Judaism: “You shall love G-d with all your heart…” A Jew is obligated to act in a manner that will cause people to say how great this person is and how special G-d must be to inspire such behavior. By learning and keeping the Torah’s teachings, a Jew creates a Kiddush Hashem-Sanctification of G-d’s Name. Therefore, what other people think of our actions is certainly important in Judaism. The Midrash tells us that had the personalities in the Bible such as Reuven and Boaz (and others) known that their actions would be recorded in the Torah and scrutinized by millions throughout the ages, they would have acted in a much more careful manner, especially when they did not behave in a totally righteous manner. How people perceived their actions was important to them, as it should be to all Jews.

When considering the proper path in life, says the Mishna, it is not enough that we choose deeds that will bring honor only to G-d. They also must bring honor to other human beings. Therefore, every time a person decides upon any behavior, he or she must be very conscious that not only it is the right thing to do in that individual’s eyes and even in G-d’s eyes, but it must likewise be behavior that others will interpret as ethical as well. This concept – acting ethically in both G-d’s eyes and in the eyes of others – is derived from the Torah story of the two and a half Tribes who wished to remain on the east side of the Jordan River. Even though they displayed the right motives, they had to demonstrate in their actions to G-d and also to their fellow Jews that they were ethical. (For this reason, the men left their homes and families to fight alongside the other Tribes for fourteen years.) It is a Torah imperative that Jews take into account how their actions are perceived by others – i.e., Jews must always behave in a way that is not only moral, but also appears moral to others. King Solomon echoes the same imperative when he writes that Jews need to be right and seek favor both in G-d’s eyes and in men’s eyes. Traditional Jews ask G-d to help them achieve this goal each day when they recite the Grace After Meals.

This concept of taking an action specifically to assure that one does not appear guilty in the eyes of others is such an important one that it twice saved the Jewish people in the desert. If not for this idea, the entire Jewish people, as we know it, simply would not exist today. After the first great sin that the people committed in the desert by worshipping the Golden Calf, G-d wanted to destroy the entire nation and begin again with Moses. What was Moses’ argument that saved the Jewish people from destruction? Moses tells G-d that if He were to destroy the Jewish people, the Egyptians would (completely erroneously) think that G-d was simply too weak to fulfill His promise to bring them into the Holy Land (see Ibn Ezra commentary), and that is the reason the Jewish people were destroyed, rather than because of their sins. Though the Egyptians would have been totally mistaken to think this way, and G-d’s punishment of death would have been deserved (an omnipotent G-d could certainly have brought them to the Land of Israel), G-d relents and does not destroy the people in order to avoid a desecration of His Name (Chilul Hashem). Moses uses the same argument less than two years later one more time. The Jews sin, once again, in believing the ten spies’ negative report and not having faith that G-d would make them victorious in their conquest of the Land of Israel. Once again G-d wishes to destroy the people. This time, Moses spells out what people would say if this were to occur: The Egyptians would say that G-d had some powers, but not enough strength to lead them successfully into the Land of Israel to triumph over the Seven Nations living there, and that is why G-d had to destroy the Jews in the desert. As foolish and incorrect as this argument was, G-d says to Moses that he forgives the Jewish people “because of your words.” Thus, how something appears is as important as doing the right thing. Even G-d changed His plans and the Jewish people were saved because of how the situation would appear to the nations of the world, although, if He had acted as He had wanted, of course G-d would have been right and the nations mistaken.

Rabbi Moses Sofer (1762-1839), one of the most outstanding and pious rabbis in Europe, writesthat one of the most difficult precepts he encountered in trying to fulfill all of Judaism’s commandments is this one. It was far easier for him to remain “clean” and righteous in the eyes of G-d, than to “remain clean in the eyes of his fellow man.” People are always filled with all kinds of suspicions and thoughts, even about rabbis, so a Jew must work very diligently not only to be guiltless but also to appear guiltless in the eyes of others.