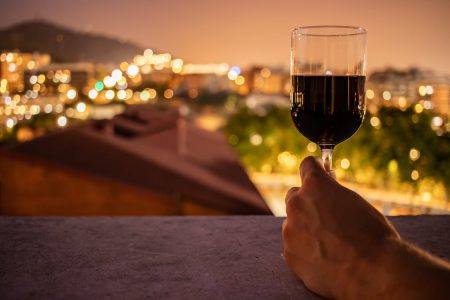 Thirteen years ago, I had the unenviable task of confronting someone about his drinking problem.  His alcoholism was ruining not only his life, but compromising his marriage, hurting his children, sabotaging his finances, and damaging his health.  Those closest to him could no longer tolerate his addiction and its consequences.  I was asked to meet with him and make clear that if he didn’t change, everything he knew in his life would change, and not for the better.

I will never forget that evening.  I came to his home and began the conversation.  He was sipping a beer while he listened attentively.  I told him that everyone important in his life felt that he had a problem and if he didn’t get help, they would have nothing to do with him.  I remember it felt like slow motion as he put the bottle of beer down on the table in a deliberate way.  He paused, thought for a moment, and said, “Ok. I will do whatever it takes.”

That fateful night thirteen years ago he put down a bottle of beer and has not picked up a drop of alcohol since.  For 4,475 straight days, he has faced an impulse, confronted a temptation and defeated it.  How many of us can say the same?  He has done it with a ton of willpower, but also with an enormous amount of support, AA meetings, sponsors, and with a lot of courage and faith.

Most Alcoholics Anonymous meetings begin by recognizing celebrants marking milestones of sobriety with a token or medallion given to them by someone instrumental in their recovery.  This past week, my friend honored me by asking if I would award him his thirteen-year medallion at an open AA meeting.

A standard AA meeting may be typical for the dozens of people in attendance, but it was a life-transforming hour for me. There are so many aspects to the meeting that are inspiring and frankly, our Shul—and Judaism as a whole—could learn a great deal from AA’s success. Watching a community of people comfortable and confident enough to be vulnerable come together to share, support, express faith, and talk about making amends, touched me deeply and made me feel jealous—not of their addiction, but of this opportunity it presents.

The meeting featured men and women, young and old, people covered in tattoos and piercings, and others in expensive suits. It is hard to imagine a more eclectic and diverse group assembled in one room, and yet, for all their differences, I don’t know that I have ever been in the presence of people who felt so united, so together, and so much like family with one another.

The members of AA are part of a special fraternity, a group united by a common battle who can accordingly relate to one another in ways nobody else in their lives can. The loyalty, kinship, and extraordinary displays of support are something truly special.

I listened attentively as the meeting opened with a reading of the 12 steps followed by the 12 promises the program makes to those who steadfastly follow them.  If we were honest with ourselves we would recognize that in truth, everyone in the world has a vice, a poor habit, or an addiction. Some are workaholics who never see their families. Others are shopaholics who spend beyond what they have or buy things beyond what they could possibly need. Some struggle with gossip, others are challenged not to gaze at lewd images. Some lead sedentary lives in which they never exercise, and others have eating habits that leave much to be desired. Some are quick to anger, and others seem to never have learned how to speak nicely. Some drive too quickly and others text while driving. Some procrastinate while others are perfectionists to a fault. Some can’t disconnect from their technology and others can’t live without their reality TV.

While society may label all of these “bad habits,” for some reason we put them in a different category than other addictions like alcohol or drugs, even though they feature similar patterns, cravings, and compulsions, and can also lead to devastating consequences. While alcoholics and drug addicts have programs and support groups, most of the other practices are not only not addressed, we often excuse their behavior at best and encourage it at worst. The workaholic impresses us, and we may even be jealous of the shopaholic. We dismiss, or sometimes even glorify, the tech junkie as “quirky” or “hip” and we may actually identify with the junk food addict. The procrastinator says they can’t find inspiration until the last minute and the person obsessed with reality TV is just a pop culture enthusiast.

The members of Alcoholics Anonymous have an incredible amount to teach the rest of us, their fellow addicts who can’t live without our vices, what it means to confront a bad habit, to stare down a relentless temptation, and to persevere.

In my few moments to present, I turned to all those gathered in the room and said: “So many of you feel broken because of the substances you abused, the choices you have made and the implications they caused. But you are not broken. If you are in here, if you found the will to come to a meeting, to introduce yourself as having an addiction, if you have the willingness to do what it takes to overcome it, you are in fact whole. The people out there, those who don’t come to meetings, who don’t address their shortcomings, poor judgment and challenges, they are the broken ones. You are my heroes; you are what I and others should aspire to be.”

I then turned to my friend and reminded him of that night thirteen years prior when he put the bottle down.  I spoke about that moment that he looked in the proverbial mirror, didn’t like what he saw and became determined to change it.  That night was the beginning of the rest of his life.  It was a rebirth of sorts, making this thirteen-year anniversary his Bar Mitzvah of sorts, a day truly worth celebrating.

Those who successfully overcome alcoholism are warriors worthy of both our admiration and emulation. After all, the famous Mishna in Avos (Ethics of our Fathers) teaches: Eizehu gibor – Ha’koveish es yitzro. Who is a mighty warrior? One who conquers his or her inclination.

This Shabbos, we will bless the new month of Elul and usher in a season of reflection, introspection, and personal growth.  We will soon be evaluated for our lifestyles, our habits, and our behaviors. It is time to perform an intervention on ourselves and to finally admit that we have a problem or, in some cases, multiple problems.

Everyone who shares at an AA meeting begins by saying his or her name followed by the courageous admission: “and I am an alcoholic.” What participants say only has credibility and meaning if it begins with an admission and acknowledgement that there is a problem. Similarly, our teshuva process, our journey toward change must begin with a confession, the verbalized, articulated statement: I made a mistake, I have a problem, and I want to correct my ways.

“B’makom she’baalei teshuva omdim, tzadikim gemurim einam yecholim la’amod. In the place that someone who has conquered his or her flaws stands, a purely righteous person is not worthy to stand.” The recovering addict, no matter the addiction, is in fact superior, say our rabbis.

The Gerrer Rebbe once met a young man learning at Ohr Somayach, a yeshiva mostly for Ba’alei Teshuva in Yerushalayim, and asked him where he learned. The young man replied that he learned at Ohr Somayach, but hastened to add, “But I am not a Ba’al Teshuva.” The Rebbe did not hesitate before asking him, “Far vos nisht – and why not?”

If you have a problem with addiction, you are not alone.  There are so many resources available today. Take advantage, reach out to one of the rabbis or to our local Jewish Family Services (561) 852-3333.  Take the first step toward the rest of your life.  If you don’t have a clinical addiction, you still don’t have to wait to hit rock bottom to address whatever needs to be changed in your life.

B’ezras Hashem, my friend will soon reach 4,500 straight days of battling his vice.  Confront yours and make today your first.