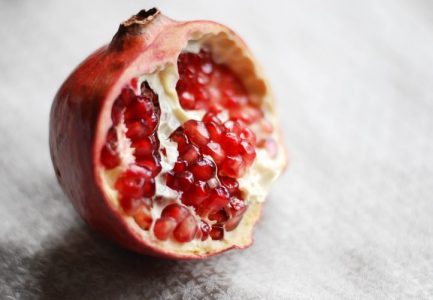 What is Rosh Hashana about? There are three principal elements of Rosh Hashana: blow the shofar, make G-d the King, don’t say you’re sorry.  What connects the dots?

The world was created on the 25th of Elul; man was created on Rosh Hashana. Man is made in the image of G-d. This means he is created with moral free will. The purpose of creation is for man to use his moral free will to have a relationship with G-d. What is relationship? It is the coming into commonality of two distinct and free beings. The creation of that commonality between G-d and Jews is called avodas HaShem. Rosh Hashana is the first holiday of the year. As such, at the new year’s inception, the quest of Rosh Hashana is to ‘fix’ one’s free will. Fixing means making your will a reflection of His Will. There is a natural and necessary gap between human will and G-dly Will.

This gap is an a priori consequence of the distinctness of one being from another. Therefore, to align two distinct, unique wills is messy, difficult, and fraught because of that very distinctness and uniqueness. In plain English, often—way often—we don’t want G-d or what He wants from us. We think-feel-cry out, “Leave me alone!” This ‘cry out’ has two roots: 1. We don’t want/feel like doing what G-d wants us to do and 2. We don’t like our lots in life. Simply put, we want to be able to do whatever we want when we want and get whatever we want when we want. The determinisms of the world, what the Chazon Ish described as the ratson t’midi of HaShem, frustrate our best hopes. And we don’t like those frustrations. And if you’re honest with yourself, you hate these limitations. Hence, the gap between what we want and what G-d wants. And a gap that is meant to be mended on Rosh Hashana. Rosh Hashana then becomes the holiday which is a celebration of and fixing up of free will.

We blow the shofar because it is ruchnius in its most basic form. This most basic form is a combination of breath and music. It is pre-language and meant to speak directly to your emotions. In your soul structure, your emotions are located in the ruach, which is also the seat of free will. The definition of emotions is the soul’s experience of the relatedness of the world. As such, Rosh Hashana and its shofar appeal directly to the core of a Jew as a free and unique being and a Jew’s purpose to have relationship with G-d.

How do we begin to close that gap between your will and G-d’s Will? Much basic philosophy of cognition is centered around the end of regression, the most famous example being Descartes’ Cogito Ergo Sum. Where does regression end religiously? I believe it ends with the simple question of, would you rather be alive or dead? If, like most people you prefer to be alive (and I’m not talking about statistical outliers of people who actually want to die because of overwhelming pain of some sort), that is the end of regression religiously: to want life rather than death is to steer you necessarily toward the Source of your life. Since G-d is the Source of life, life must by definition be on His terms.

Though you may not like your lot in life in all sorts of ways, to realize that you both want life and that G-d is the Source of that life is to understand that life must be considered/contemplated more on His terms than from your own desires and frustrations. This is what we mean when we ‘make’ Him the King. To know that you want life and not death is the first-step regression knowledge needed to begin to close the gap between your will and His Will. Not easy, never easy, though doable to some degree. And perhaps that’s why Rosh Hashana is the only Torah holiday in Israel of two days: since you’re dealing with the most foundational aspect of your being, this fixing of free will also takes the most amount of dedicated time and effort. This is also why we don’t say we’re sorry to G-d on Rosh Hashana: compared to the fixing of free will it is premature. And so the best of luck with this fixing—we all need it—and a great New Year to all.

Rushing to Share: Life Lessons from the Death of Kobe Bryant