OLAMI Resources   /   Featured Posts   /   Why Take a Stance on God? 2 Free Morasha Shiurim for Bereishit: Evidence for the Existence of God 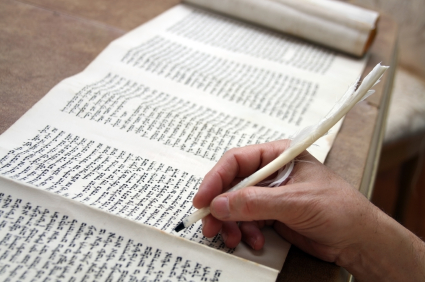 Rabbis and educators have begun the new semester on campus by rolling out eye-opening classes to attract, inspire and educate their students. Among the foundational topics to consider teaching, whether in a class or one-on-one chavrusa, is one raised by the opening words of Parshas Bereishit, “In the beginning, God created heaven and earth.” Bereishis 1:1

The Torah is teaching us that God created the universe. Is there compelling evidence for the existence of God? How much evidence is necessary to believe in God and live according to the Torah?

In The Stone, the New York Times forum for contemporary philosophy, Gary Cutting posed the following question about the nature of the debate over the existence of God to Yale philosopher Keith Derose in an essay titled, Why Take a Stance on God?

“I think many atheists would object that it’s wrong to require them to have an argument showing that God doesn’t exist. They’d claim their atheism is justified simply because there are no good arguments in favor of theism. After all, it’s theists who are making an extraordinary claim. Isn’t the lack of evidence for the claim that God exists sufficient grounds for denying it?”

Rabbi Noach Weinberg would take strong issue with a postulated inability of Jews to know whether or not there is a God. When teaching the Forty Eight Ways to Wisdom, Rav Noach responded to a student questioning the existence of God, “I know God exists like I know the back of my hand!”

The cornerstone of Jewish belief is that God created the universe ex nihilo with the Torah as His Divine plan and that He continually guides and supervises His creation. Nevertheless, there are many people who do not share this belief, or at least question it. There is a need, therefore, to present a range of approaches to developing and strengthening belief in God. Rabbi Reuven Leuchter explains that the traditional Jewish approach to belief in God is based on the Exodus from Egypt and hashgachah pratis (Divine Providence). These approaches are discussed in the Morasha classes on Passover, Torah M’Sinai, and Hashgachah Pratis.

The goal of the two classes introduced by this essay is to present supplementary approaches to belief – those based on logic and science – to help strengthen one’s belief in God.  Specifically, these two classes present three arguments for the existence of God. The first class, after defining the aim of the series on the whole, will explore two deductive arguments for the existence of God, namely the First Cause or Cosmological Argument, and the Design or Teleological Argument.

The second class in this series will explore the inductive approach, focusing on the Moral Argument. In order to help students digest the logical force of the arguments presented, the series will conclude with an exploration of the decision making process and evaluate how much evidence is necessary to believe in God and live according to the Torah. The two classes can be downloaded free via the links below:

Developing and Strengthening Belief in God I: First Cause and Design (Teleological) Arguments

Developing and Strengthening Belief in God II: The Moral Argument and Deciding Whether or not to Believe