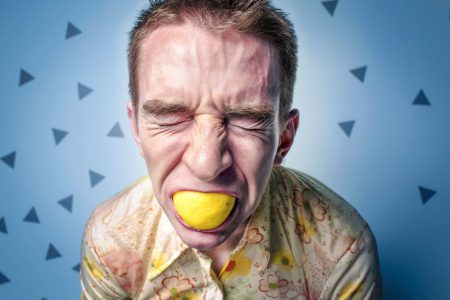 In last week’s New York Times column, “The Ethicist,” a wife is concerned about her husband’s pejorative speech at home and questioned if the litmus test about whether language was appropriate or not is if it can be repeated in a public forum outside the home.

“The point is that social norms don’t necessarily coincide with moral ones. Nor should liberals dismiss the zone of privacy. At the dinner table, you can explore incipient doubts about your official commitments, grouse about your boss’s tendency to hire from his alma mater, speculate about how many Botox injections your colleague in marketing has had, try out half-baked arguments, indulge your personal revulsions and enthusiasms. The maxim that everything said in the home should be sayable in public is too demanding.”

What would be the Jewish response to the questioner? Let us reflect for a moment on the Jewish perspective on the nature and power of speech.

The Mishnah in Pirkei Avos teaches that the world was created through ten statements. Why is it significant that God created the world through speech? According to Jewish thought, the ten Creation speeches (statements of Creation) cannot be regarded as belonging to the past; these speeches still constitute the backbone of our present existence.

Rabbi Chaim of Volozhin in Nefesh HaChaim (3:11) explains that the words of God issued at the time of Creation are still in effect today, sustaining all existence; the universe continues only as long as these words are not withdrawn. Rabbi Noson Weisz explains this idea further:

When you think about it, there is nothing mystical about this idea. Our conception of reality is backward. Because we exist on the other side of the Creation speeches that still hang suspended between God and ourselves, we perceive reality as being fundamentally corporeal. In our hierarchy of reality, bodies have the most substantial reality, words are more abstract than bodies, ideas are even more abstract than words and God exists entirely in the abstract and has no connection to the corporeal at all.

If we allow our imagination to place us in God’s chair, as it were, and we regard reality from the opposite perspective, everything is exactly reversed. Basic existence is grounded in Divinity itself; the first level of [Creation separate from God’s essence] would be the world of God’s ideas [i.e. Divine wisdom]. The words in which these Divine ideas are cloaked represent a lower reality that is even more removed, while our corporeal physical existence is at the very opposite end of the divide and represents the ultimate degree of [separation from God].

Now let us draw a parallel between God’s creating the world through speech, and man’s unique ability to speak. To do this we need to explore the creation of man and understand how speech is the bridge between the physical and the spiritual worlds. The Torah states [Bereishit 2:7], “And the Lord God formed the man of dust from the ground, and He blew into his nostrils the soul of life; and man became a living being.”

Onkelos [IBID] translates “Man became a living being” as “Man became a speaking being,” meaning the unique quality that defines man from other life forms is speech. The Maharal, Nesivos Olam, Nesiv HaLashon, Chapter 2 (first paragraph) explains that the essence of man is represented by the power of speech, since it is a combination of the physical and spiritual sides of man:

“Since man was created as a physical being and not just as a pure, disembodied soul, his pure soul alone is not his complete essence. [In other words, neither soul nor body alone represents the essence of the human being.] Rather, the essence of man is his power of speech [for it combines these two components], which is expressed by the physical organ of the tongue. For man is composed of both a physical [body] and a soul. Speech is unique to man, since no animal can speak. Speech is rooted in the soul [and yet is found in a physical organ] and therefore is the essence of man [since it combines the physical and the spiritual].”

The body-soul dynamic in man affords us the ability to exercise free will to reach our potential as human beings. This is most apparent with the mouth. Rabbi Yitzchak Berkovits writes in Chofetz Chaim, Lesson a Day [p. xxvi] that our free will is most evident through our speech:

“Humans are made of earth. Any human body can be reduced to a small pile of earth’s minerals and elements. Yet, this seemingly insignificant entity has an exalted function – it acts as a vessel for the neshamah (soul), the Heavenly spark with which God imbued man. The mouth is the intersection of this physical and spiritual essence. It ushers man’s Godly essence into the physical world in the form of the words it speaks. The ability to speak is a bridge between the physical, earth-bound human and the spiritual being. It provides man with the capacity to activate his spiritual self.

A person’s words can “partner” with those of God in comprising the building blocks of Creation. Rabbi Weisz relates:

“The Creation words that God actually used which still hang suspended and keep infusing us with being, are the packaging of Torah ideas. When new words of Torah issue from untainted human lips, the store of Creation thoughts that can be packaged into words increases.

“These new ideas and concepts modify the old ideas behind the words of Creation and infuse the old words with new tinges of meaning; new Creation ideas translate into the ability to create entirely new universes. These new universes are considered man’s creations, not God’s, for it is man’s own Torah words that inspired their formation. These new worlds created by us constitute our own self-created habitats. It is these new worlds that we shall actually inhabit in the phase of our existence known as the World to Come. The World to Come does not exist until we create it.”

“The power we wield when we speak is far beyond what we can perceive. Imagine going to an automatic teller machine at your local bank, inserting the plastic ATM card and making a simple transaction, only to be told upon exiting that you had actually just transferred $17 billion from the treasury of one country to that of another and left a devastating bankruptcy in your wake. We think we’re only exchanging a few words, when in fact we’re moving worlds.

“What we will find as we explore the philosophy and laws of proper speech is that what appear to be benign pieces of information are actually the tremendously potent key factor in our relationship to God and in living our lives as Jews. Lashon hara is so powerful, in fact, that it can erase the merits of a lifetime of Torah learning and mitzvah observance.”

Now to readdress the wife’s concern about her husband’s speech, when we appreciate what is at stake, there is nothing too demanding about striving to create a home blessed and empowered by proper language.