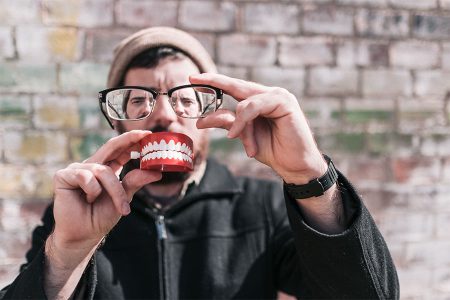 And Korach took with words; he persuaded others to join his camp. (Medresh Tanchuma 1)

The earth opened its mouth and swallowed them and their households, and all the people who were with Korach, and all the possessions. (Bamidbar 16:32)

Do words kill? That is the gist of the decision that faced Massachusetts Judge Lawrence Moniz in a manslaughter case against a young woman who urged her 18-year-old boyfriend to commit suicide through phone calls and text messages. In the landmark case, Judge Moniz has ruled that Michelle Carter is responsible for his death. Michelle Carter was a troubled 17-year-old high school student when she sent her depressed boyfriend, Conrad Roy III, a barrage of messages belittling him for not having the courage to kill himself. “You always say you’re going to do it, but you never do,” she wrote.  Finally he did.

In July 2014, following her advice to “just park your car and sit there and it will take, like, 20 minutes,” Roy pumped carbon monoxide into the cab of his pickup truck in the parking lot of a Kmart. At one point, when he got out of the truck scared and already dizzy from inhaling the fumes, Carter ordered him to go back in. Bristol County Juvenile Court Judge Lawrence Moniz announced Friday that Carter, 20, is guilty of involuntary manslaughter after placing Conrad Roy III in a situation that led to his suicide in 2014.

Legal experts say the decision could have national implications as courts grapple with how to apply long-standing laws as technological changes have taken interactions online. In Carter’s case, the ruling suggests that in effect, she was whispering in Roy’s ear, “kill yourself, kill yourself,” said Laurie Levenson, a criminal law professor at Loyola Law School in Los Angeles. And it essentially says that those words can lead someone to suicide. Carter, who could face up to 20 years in prison, will be sentenced in August. (Los Angeles Times and Washington Post, June 15, 16, 2017)

Can words save a life?

A remarkable reunion took place in January 2014 in Vauxhall, central London. It was the first time that Jonny Benjamin and Neil Laybourn had met in six years. Back on that cold, rainy January day, the two young men had only spoken to each other for about 25 minutes. But they were the 25 minutes that saved Benjamin’s life.

Laybourn, walking across Waterloo Bridge on his way to work on January 14, 2008, had stopped Benjamin from committing suicide. On Tuesday Benjamin was able finally to thank him.

“At first I was so overwhelmed. I just went up and gave him a hug,” says Benjamin, 26. “There were so many different emotions, I couldn’t grasp them at first. But we sat down and he began to talk and I could see his mannerisms, and I heard his voice. Only then did I recall those same mannerisms and voice from the bridge. “Out of nowhere, I suddenly pictured him trying to persuade me not to jump.”

Since that horrific day, Benjamin had mostly blanked its events from his mind. He was nervous, indeed, that he would not even recognize the stranger who had stopped and listened. All he could remember about him was that he was white, that he had hair, that he said “things can get better,” and that he suggested the pair go for a coffee.

Laybourn, a personal trainer, could remember Benjamin very well, however. He had often wondered what had happened after the young man, then just 20, whom he had talked to and tried to keep calm until the police, called by another bystander, had bundled him into a car and taken him to hospital.

“But I never followed it up. I sort of thought the police would contact me,” says Laybourn, now 31. “I had no idea what had happened to him. I wondered if he had got over it, or whether he had gone back and that day had made no difference.”

And then, two weeks ago, Benjamin – with the help of the Rethink Mental Illness charity – launched a campaign to “Find Mike,” his nickname for the stranger. Doing so, he decided, would not only allow him to “close the door on that chapter of my life,” but also help to generate more interest in mental health issues.

The campaign spread quickly thanks to social media. Within two days, Laybourn’s fiancée saw the story on Facebook and immediately knew her partner was “Mike.”

“I have thought about him a lot for the last six years,” says Benjamin. “It was a pivotal moment in helping me to get better. I’ve always wanted to say ‘thank you.’”

For Laybourn, there was likewise a sense of resolution. “Watching Jonny get some closure was really nice. Seeing him be able to express his gratitude was the best thing. That was why I was there.”

He found, too, that Benjamin is now an engaging and animated young man who works as a charity campaigner. Indeed, it is hard to imagine that he lives with a chronic schizoaffective disorder, which means he is prone to deep depressions and paranoia. “I am in a good place,” Benjamin says. “I am able now to talk about this. It’s a massive issue: 16 people every day take their own lives. Suicide is the biggest killer among young men.”  (The Telegraph, January 30, 2014)

The Mishnah in Avos (5:20) encapsulates the selfish motivation of Korach and his followers in their challenge to Moshe Rebeinu’s leadership:

The Malbim questions the lack of parallel between the illustrations of the two types of disagreements: Hillel and Shamai disagree over how to best serve Hashem; in contrast we would expect the Mishnah to write, “Korach’s dispute with Moshe.” Why does the Mishnah write, “Korach and his congregation?” The Malbim answers that the Mishnah is teaching not only were Korach’s goals insincere and self-serving, so too were those who joined Korach in their uprising.

Rabbi Yochanan Zweig (Torah.org) points out from the Talmud that the punishment for one who incites destructive disagreement like Korach is Tzora’as. Why should such a skin disease be the punishment, which is normally reserved for someone speaking lashon hara?

Disagreement is not necessarily negative; the majority of the body of halacha as we have it today is comprised of conclusions based upon arguments found in the Talmud. It is possible to have a harmonious coexistence with a person, yet disagree with his ideas and perspectives. A ba’al machlokes is a person who goes beyond disagreeing with another individual’s ideas or perspectives; he feels it impossible to coexist with the individual with whom he disagrees. The ba’al machlokes’ perception is that “this town is too small for the two of us.”

All of Bnei Yisroel are one entity and have a potential for harmonious coexistence. The Maharal explains the reason for this is that we have a shared reality, for we emanate from the same source, i.e. Hashem. Perceiving Bnei Yisroel as one reality is indicative of belief in the Unity of Hashem. Therefore, on a deeper level, a ba’al machlokes who cannot have a shared existence with someone, is lacking in his “emunah”, his belief in the Unity of Hashem. He views Bnei Yisroel as separate individuals, and refuses to see the individuals as part of a collective whole. This myopic view is shared by the ba’al lashon hara, who focuses on one deficiency within a person, refusing to view the entire reality of the person. Viewing the person as a whole would temper the negative characteristics which the ba’al lashon hara has found. However, he refuses to do so, choosing to focus on the person as separate parts rather than one entity. This explains the quid pro quo of why it is permissible to speak lashon hara about a ba’al machlokes; since the ba’al machlokes chooses to view people as separate parts rather than as parts of a whole, he himself can be dealt with in such a manner.

When seeing someone with a physical disfigurement, a person tends to focus on the disfigurement rather than looking at the whole person. Tzora’as, therefore, becomes the logical punishment for both the ba’al machlokes and the ba’al lashon hara, for tzora’as is a blemish on a visible part of a person’s body. This causes everyone to focus on the blemished area, rather than on the entire person. The punishment reflects the sin; the ba’al machlokes and ba’al lashon hara focused on a part of a person or a person as a part, rather than on the whole, and therefore, they are treated in a similar manner.

We learn from the Maharal how important it is speak and act toward each person from the perspective  of being part of a greater whole, and with whom we are ultimately intrinsically connected. How careful and sensitive we need to be in our speech and behavior, especially cognizant of the power of persuasion. We should be forever mindful of the insight from Mishle:  Death and life are in the hand of the tongue (Mishle 18:21).