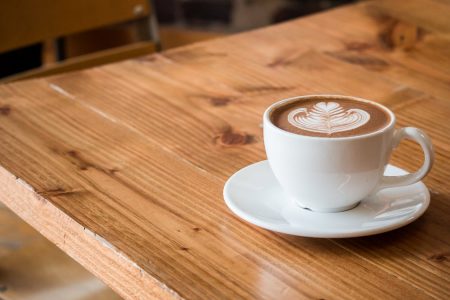 “Veterans Day (originally known as Armistice Day) is a federal holiday in the United States observed annually on November 11, for honoring military veterans, that is, persons who have served in the United States Armed Forces. It marks the anniversary of the end of World War I.

Major hostilities of World War I were formally ended at the 11th hour of the 11th day of the 11th month of 1918 when the Armistice with Germany went into effect. At the urging of major U.S. veteran organizations, Armistice Day was renamed Veterans Day in 1954.” (Wikipedia)

Indeed, this is a very special day. This day gives us an opportunity to honor those who did not fall in battle, as those heroes are honored on Memorial Day; rather, it is a day that we honor all military veterans who served our country.

As often occurs in a consumer-based economy, holidays, when many people are off from work, stores offer sales on many types of merchandise to lure buyers. Many stores offered special savings for Veterans.

The deal: Vets, military spouses, and active-duty service members get a free tall cup of brewed coffee. Additionally, the company will donate a quarter from every cup of brewed coffee sold across the country to support the mental health and well-being of veterans through Team Red, White and Blue, and Team Rubicon.

The deal: Veterans and active-duty personnel can start the day with a totally free sugar rush. You’re getting a free donut. No purchase required whatsoever. Through Dunkin’s partnership with A Million Thanks, service members will also get a card of thanks on Veterans Day.

These are certainly commendable ways to honor those who gave so much for us to live safely.

I too wanted to honor those who allow me to live as an Orthodox Jew in a country which Rav Moshe Feinstein termed, “The Compassionate Kingdom.” However, I don’t know personally too many veterans who need my help and I don’t own a Starbucks or a Dunkin’s. I was wondering what I could do. I was walking on Amsterdam Ave and had just passed 71st street, as I pondered my question. New Yorkers are familiar with this corner as Amsterdam Ave and Broadway merge in a convoluted and perplexing maze.

Suddenly standing right in front of me was a homeless man with a paper cup in his hand asking for donations. As I looked up I noticed he was standing in front of a Starbucks located on Broadway between 71st and 70th. He was holding a handwritten sign on a piece of cardboard.

It read, “Viet-Nam Vet, Please Help Me.” I looked at this man who served his country with honor and bravery.

I looked into the crowded Starbucks and there was a long line of people just waiting to order.

The prices for a cup of “whatever” were approaching five dollars for a coffee. If you want a Caramel Macchiato in the Venti size, be prepared to shell out $4.75. Many other people were no doubt indulging themselves with: Peppermint Mocha Lattes, or an Iced Dirty Chai Latte (I wondered if it costs more to order a clean Chai Latte?), Cold Foam Cascara Cold Brew or perhaps some were opting for a S’mores Frappuccino.

Some items I had no idea if they were drinks or food, such as a Cordusio or something as strange as a Witch’s Brew Frappuccino. I looked at the store bursting with people enjoying themselves with drinks and food. I looked back at the homeless Vet in tattered clothing and no hot drink.

I looked in his cup and saw four pennies, one nickel, two dimes and what looked like an ancient old Large “Y”NYC  Subway Token.

We made eye contact. There were many people coming and going. I opened my wallet and placed a $10 bill in his withered cup. His eyes lit up. A smile emerged from ear to ear. He looked at me and said with total sincerity, “Thank you so much!” and no doubt noticing my Jewish garb he added, “And may G-d bless you and your entire family.”

I said to him, “It is me and everyone else who must thank you!”

We parted with both of us smiling. I think it is a difficult call to decide who was smiling more.

Let’s just say we both smiled the same.

NEW from the Laws of Outreach: Marriage