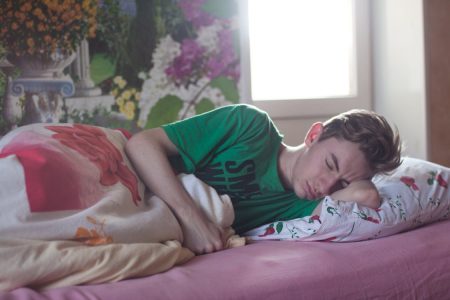 Mallika Rao’s popular article, Why Everyone Should Sleep Alone, in the current edition of The Atlantic Magazine portrays a dismal state of marriage. On the heels of a fresh divorce, Rao concludes that her marriage was unwound by the couple’s sense of “forced proximity” moving from their relative spacious Chicago home to a “dense” New York City apartment. Their bedroom, which otherwise should have served as a haven of peace transformed into the site where they became “catastrophically at odds… We showed ourselves… to be profoundly separate halves.”

In this backdrop, Rao, an Asian, Brooklyn-based writer, reads the historian Michelle Perrot’s recent book, The Bedroom in hope of restoring an interest in marriage. What she discovered instead was “an incidental argument in favor of nightly separation… The book reads at times as an annotation to certain ongoing and resolutely modern narratives—a companion script to the past decade in lifestyle news and pop culture… She (Perrot) discusses the need for new structural norms for marriage; and she frames the bedroom as a haven for respite,” including couples sleeping in separate bedrooms.

Rao then supports her thesis with anecdotal evidence: one married friend confided “she fantasized about renting her own tiny studio somewhere,” and other recently married friends “told her wistfully how lucky she (Rao) was to be alone.”

Whereas Rao is correct in recognizing the challenge of maintaining a personal sense of selfhood within marriage, how can borders be drawn that nurture both unity and independence? How can a couple identify as unified whole while striving for their respective self-completion? Amidst this generation’s painful search for creating a harmonious marriage, rabbis and educators can confidently teach the time-tested Jewish framework for dating and marriage. In this week’s parsha, Chayei Sarah, Yitzchak Avinu and Rivka Imeinu met and married 3700 years ago, the first of untold numbers of successful shidduchim!

The Jewish definition of a soul mate is a person who helps the other complete the missions he and she were sent to accomplish in the world.  It is a reciprocal relationship based on ongoing effort to ensure its success as Rabbis Nachum Braverman and Shimon Apisdorf explain in The Death of Cupid below:

We all know what comfort is…Marriage is not comfortable. Marriage is deeply pleasurable. Unlike comfort, however, it requires the exertion of enormous effort and the acceptance of disquieting times. All of our most meaningful accomplishments and deepest pleasures in life demand the investment of great effort…

Marriage doesn’t allow much room for hiding. You have to repeatedly discuss, listen, re-discuss, work out and rework out all sorts of differences in opinion, personality conflicts and other sundry problems. You need to understand yourself, your spouse, and the unique reactions that occur when your diverse chemistries are blended together. You need the courage of a mountain climber, the endurance of a triathlete and the grace, poise and timing of a ballerina. In short, marriage demands no less than what it takes for an Olympian to win a gold medal – and Judaism believes that we’ve all got it in us.

There are two Olami / NLE Morasha modules of shiurim that can serve as resources to assist rabbis and educators to teach the Jewish perspective of dating, love and marriage and finding one’s soul mate. Click on the links below to download the classes: