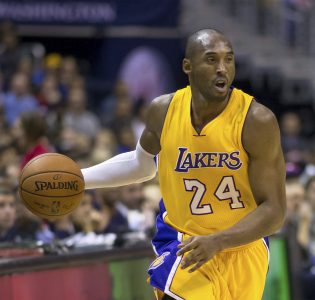 “It is a mistake to think that moving fast is the same as actually going somewhere.”
― Steve Goodier

Two and a half years ago, I read a headline titled “WhatsApp Killed My Father.”

Such a headline immediately grabbed my attention.

What was the author talking about? What killed him? Was it an addiction to the phone and social media that led to his death? Did someone destroy his character online, which led to a downward spiral?

It was none of those.

Her father was a victim of a drowning.

So why the rage at WhatsApp?

It was due to the fact that his daughter found out about it because everyone was talking about it on WhatsApp, and that made her angry.

This story was reminded to me today as I read a few articles about the helicopter crash in California that killed Kobe Bryant, his 13-year-old daughter and seven others.

There are many different aspects of the story of this crash, but I would like to focus on two specifically. First, the fact that TMZ reported the fatalities as quickly as they did. Second, the fact that there were reports/rumors/tweets that former Laker Rick Fox was also aboard the helicopter.

TMZ was first to report that Kobe Bryant died in the crash. The New York Post claims that TMZ is saying that “Kobe’s people” gave permission to publish the crash story.

I have no problem with that, had he been alone in the helicopter.

But in reality, they only had permission to authorize reporting Kobe.

But there were 7 people on that helicopter who were not members of the Bryant family.

And the families of those 7 people knew their loved ones were traveling with Kobe Bryant.

And this is how they had to learn the devastating news.

There is also what happened (or rather, didn’t happen) to Rick Fox. Somehow a rumor started going around that Rick Fox was on that helicopter and was dead. I personally saw a tweet from someone who has millions of followers, spreading the news of Mr. Fox’s death.

Only he was wasn’t dead, nor was he even in the helicopter.

This was extremely hard on Rick and his family, as Rick expressed on TV.

There are important lessons to be gained from this.

We need to understand that we should not be in a rush to spread information, we first need to verify it.

We need to understand that even if we’ve verified it, we need to make sure that it is a safe time to share the information.

We also need to recognize that even if we’ve been told by one party that we can share the information, that doesn’t mean that all the relevant parties are giving permission to share.

Even though TMZ was ONLY reporting about the death of Kobe, the family members of those other passengers knew what that meant vis-a-vis their relatives who were on board.

This is an area that is extremely difficult for parents. They are basically parenting blind. There was no social media when they were growing up, so they (the parents) are trying to figure out how to parent it “on the fly.”

Teach them the need to confirm, help them gain the ability to make sure they are posting things that are ok to be posted, and assist them in seeing things from other angles (e.g. the other families).

Whether it be online behavior or offline behavior, kids (and adults) should preface any decision with ‘Just a moment, let me think.’

Slow down, think this through carefully before I make a decision.

Despite the fact that tweets can be deleted and WhatsApps can be ‘deleted for everyone,’ doesn’t mean it undoes the damage it did when it was posted.