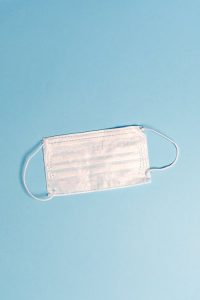 The recent coronavirus-driven turmoil on Wall Street has left many investors holding their collective breath. Following years of steady gains, we witnessed a loss of 3000 points on the Dow Jones in just 5-days, which put the market in correction territory (10% decline from previous highs), and sent investors scurrying for cover and bemoaning their fate.

As I was contemplating this current, drastic change from security and prosperity to (hopefully temporary) shock and disillusionment, it brought to mind the crazy, roller-coaster-type scenario which stared down at the Jews of Persia nearly 2400 years ago.

In the year 370 BCE, less than a decade before the commencement of the Purim story, the newly crowned Persian king Koresh (Cyrus) issued a decree urging all Jews to return to their ancestral homeland and rebuild their central house of worship (see Ezra 1:2–3).

One can imagine how high the Jews’ collective spirits must have been at that time. Not only were they finally freed from the oppressive Babylonian monarchy, but they were even granted permission to return to the land of their fathers and rebuild the holiest of structures, the long-awaited fulfillment of Yirmiyahu’s “seventy year” prophecy (see Yirmiyahu 29:10). What an unbelievably positive turn of events!

Yet, as quickly as things had improved for the Jews, they would sour almost as rapidly, eventually bringing the Jews to a collective sense of despair and near destruction.

Despite Koresh’s mandate and the Jews’ initial enthusiasm, a mere 50,000 Jews (out of an estimated population of one million) actually returned to Eretz Yisroel. Shortly thereafter, the fledgling Jewish settlement’s attempts to rebuild the Bais HaMikdash were thwarted by a scheming local population, who convinced Koresh to quickly reverse his edict. These Jews were now left without a sense of security or purpose, and soon headed towards despair and assimilation.

A few years later, Koresh’s successor, Achashveirosh, led the Jews of Persia down a different path of dashed hopes. At first, he bestowed great apparent favor upon the Jews of Shushan, inviting them to a lavish, extended party in the royal palace. However, it soon became clear that the king’s primary objective was to celebrate the fact that the aforementioned “seventy years” redemption prophecy would not come to fruition, and even utilized the vessels of the Bais HaMikdash as part of the festivities (see Megilla 11b).

Later, Achashveirosh transferred executive power to Haman, one of greatest Jew haters in history. What Haman elected to do with that power soon sent tremors throughout the Jewish world, in Persia, Eretz Yisroel, and beyond. Talk about a reversal of fortunes. And we thought that we had it bad!

Of course, what ultimately saved the Jewish people at that time was the great degree of emunah u’bitachon that they were able to achieve under the devoted leadership of Mordechai and Esther. Through fasting and repentance, they reconnected with Hashem to such a degree that they came to “reaccept” His Torah (Kimu v’kiblu – kiblu mah shekiblu kvar, Shavuos 39a, based on Esther 9:27). In so doing, they invoked Hashem’s compassion and brought about their own stunning and complete reversal of fortunes, a true v’nahapoch hu (Esther 9:1).

Not only were the Jews spared the terrible tragedy of annihilation, but they even grew to new levels of prominence in Persia, again led by Mordechai, the king’s new viceroy. In addition, within a few years, the Jews of Eretz Yisroel would reinitiate the building of the second Bais HaMikdash and would eventually, under the leadership of Ezra first and then Nechemia, reestablish a vibrant, secure community committed to the highest standards of Torah observance. While we cannot say that they all lived happily ever after, the end of this particular saga ended far more favorably than anyone at the time could have realistically imagined.

What the future holds for the market is hard to say. However, in this great season of v’nahapoch hu, a time of great physical and spiritual revivals and redemptions, we can at least hope that Hashem will see fit to keep moving on an upwards trajectory and make this Purim a true day of orah, simcha, sasson, and y’kar.

Naphtali Hoff, PsyD, is an executive coach who helps busy leaders be more productive so that they can scale profits with less stress and get home at a decent hour. For a free, no obligation consultation, please call 212.470.6139 or email nh@impactfulcoaching.com. Check out his leadership book, Becoming the New Boss. Download his free productivity blueprint. Take a free productivity assessment.