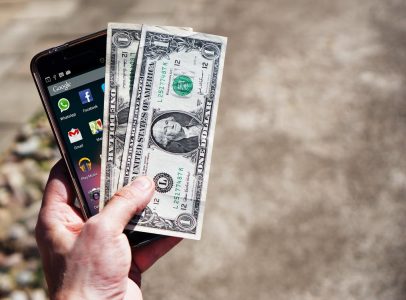 I’ll never forget the day in 2008. One of my largest donors cut his donation to me. He said that normally he would have maintained his level, but, due to the economic downturn, he had no choice. To make things more awkward, I was staying at his house in NYC at the time. We were old friends and I needed a place to stay during a work trip. I quietly accepted his decision, not wanting to damage our relationship.

A year later I checked his foundation’s 990. He had given many millions away in that year. He had decided to cut me, but not others.  When I think back to that conversation I ask myself, could I have reasoned with him at the time?

Right now, more than any time, so many are in this similar situation.

But if you listen carefully to the words your donor uses, you can often read the situation with greater clarity.

In a fascinating TEDx talk, best-selling author and communications expert Janine Driver demonstrates the words that signal when there is wiggle room in a donor’s negotiation.

The words to listen out for are “decided” and “-ly” words.

When someone says, “I decided,” Driver explains, it does not mean the decision is final.

Consider how many times you decided to do something and not followed through on your decision?

You said to yourself “I’ve decided to turn up to Shachris a few minutes early.” (Remember shul?)

Or you say, “I’ve decided to take my wife out on a weekly date?”

Now, a few weeks later, our actions are different to our previous decision.

These are examples of “-ly” words. When you hear these “-ly” words, realize there is more to the story. “-Ly” words are small openings that can mean you can change things.

Driver says using an “-ly” word gives less of an opening than when your donor uses the word “decided” but they indicate there is room to negotiate.

Whether your donor uses “decided” and “-ly” words, should you push?

It depends what’s at stake.

First thing is to recognize the donor has left you an opening.

If you don’t try to push and settle for less, this will affect the people you serve. Your organization’s survival may be at stake. So it’s worth trying, wouldn’t you say?

How do you respond when your donor uses “decided” and “-ly” words?

With the word “because.”

The word “because,” Driver explains, is how you get someone who “normally” offers to give you this much or has “decided” on a certain course of action to change their decision.

“Because” lets you use reasoning to get what you want.

When your donors use “decided” or “-ly” words, Driver shares, you should immediately answer with a “because” statement.

This will give your donor a reason why your situation should be an exception.

By using these “decided” or “-ly” words, it’s like your donor just told you, if you fight for it, you will get it.

Your job is to give a reason why he should give you what you asked for.

“Because you’re a board member, you understand more than others how $50K is crucial to get us to $250K we need for xxxx right now. Would you do the $50K?”

Moving forward, listen carefully to your donors’ words. If you see an opening, take it, “because” so much can be at stake if you don’t.

P.S If you’re not sure how to get through the next three/six months, maybe one on one coaching could be valuable for you and your organization right now.

Contact me at avraham@avrahamlewis.com to see if it a good fit.

‘One on One’ Coaching For Turbulent Times

While most would agree that investing in one’s professional growth right now is important, the reality is with so many pulls on your finances, it’s hard to commit.

For this reason my full ‘One on One’ HighRaise Coaching Program comes with a BIG promise.

If you don’t raise at least 3X times your investment from new donors or increased donations, then 80% of the fee will be refunded. Spaces are obviously limited.

Interested? Next step is to see if coaching would be a good fit for you.

Email me and we’ll set up a time to speak.

Avraham Lewis is the fundraising coach for busy Jewish leaders who want to raise much more.