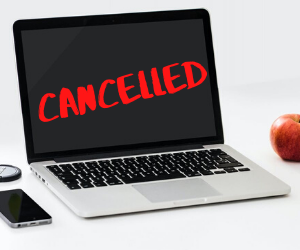 “You can’t please everyone, nor should you seek to, because then you won’t please anyone, least of all yourself.”
-Dylan Moran

A number of years ago I saw an article on Yahoo that really disturbed me. The article discussed how there was a disabled boy who was quite limited physically. Despite all their medical expenses, he and his family were able to save enough money to go on vacation to Disney. When they got to the airport, they were told that due to the boy’s allergy to dogs, he would be unable to fly on the flight that he had booked. This boy was put on a flight the next day, losing a day of his dream vacation.

Why did his dog allergy prevent him from flying? Because also booked on this flight was a veteran of the US Armed Forces who was traveling with his support animal. Meaning that the airline could not allow this boy and this veteran to fly on the same flight.

The article (and especially the comments) focused on how the airline had “wronged” this child and his family.

Such wonderful comments as:

“How dare they kick this child off the plane?”

“Why couldn’t they kick off the guy with the dog?”

and of course, “I’ll never, EVER, be flying that airline.”

But here is the cold-hearted truth.

You can’t please everyone.

There will be times when you’ll be forced to make a difficult choice, and one party will be harmed. This airline was put into a very difficult situation. They needed one of the two parties (disabled boy or the veteran) to be off the flight. Regardless of which party was rebooked on a later flight, there would be equal criticism.

But this is the society we live in today, known as “Cancel Culture.”

It is an environment where anyone who “suffers” is given the title of victim.

It is an environment when anyone who makes a decision which causes the above mentioned “suffering” is evil, malicious and deserves to be punished.

It is a mentality of “Shoot first, and maybe I’ll ask a question or two later.”

Our kids are witnessing this.

They see this more clearly than us.

And it is silencing them.

This environment is showing them it is better to avoid taking risks than to take a risk and have it backfire.

It is showing them that you need to please everyone, otherwise you’ll be branded as being prejudiced against the one you didn’t please.

All of this leads people to one of three choices:

None of these three choices are healthy.

Parents, this is the surroundings that your children are growing up with, and people are a product of their surroundings.

In order to raise emotionally healthy children, children who can make the difficult decisions, one needs to start by making sure the home environment is safe.

The solution for this woman (helping her where she was) was a solution that was not good for the other drivers.

The fact that the other drivers could not drive did not make them “victims.”

Most importantly, one should never allow fear of upsetting someone to prevent them from doing the right thing. Just like the medics didn’t let the upset drivers stop them from helping the woman in distress.