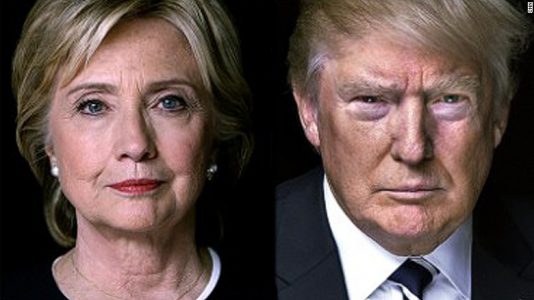 Trump in the Classroom

A few weeks ago, a question was raised by a fellow mechanech on how to respond to a student who asks his rebbe for his thoughts about the presidential candidate Donald Trump. Many of the mechanchim responded that it would be out of place for a rebbe to endorse a candidate in his classroom.

A discussion about any political idea would be something that probably belongs in the General Studies classroom. Allow me to attempt to bring out perhaps a deeper perspective on this topic, and thereby explain how this topic has much relevance in any classroom.

The society around us gets very caught up in an election season. Electing a president is taken very seriously, and becomes a big part of the average American’s life. Though ideally we would love to live in a world that has no attachment to the society around us, for most of us this option doesn’t exist. The great interest and excitement that captures the world around us during this season permeates very much into our world. It becomes the literature of the weekly Jewish newspapers, and is a regular topic of conversation among friends. Children, who are naturally excited by any competition, find the election season thrilling. Many of them closely follow each candidate, and ride the ups and downs of their campaigns.

The truth is that a child’s interest in elections would seem like just another harmless outlet. And the reality is that during many election seasons this is true. Instead of students arguing about a football team, they sit and discuss the various candidates running for president. But there is something very unusual about this election season that may cause us to react differently concerning our children. That difference is a man named Mr. Donald Trump. A man who has never held a position in government has created an excitement that the country has rarely seen before. This excitement even finds itself among the frum community, especially among the youth.

We all understand that when people stand behind a candidate to elect him president, it’s naturally an approval of that individual. The people’s votes for a candidate usually reflect that they strongly value his perceived qualities, enough to grant him the strongest position in the world.

A candidate represents the qualities that his voters appreciate. When a candidate soars in the polls propelled by millions of voters, he is projecting society’s definition of true greatness. Hence, if his success grows, and we increasingly read and hear feelings of respect and admiration, it’s very important for us to clarify if we share his values. We can only do that by identifying and examining the nature and character of the candidate.

Wealth and its Value

It’s no secret that Mr. Trump is known first and foremost for his great wealth. He is a multi-billionaire and he talks repeatedly about that fact. People identify Trump mostly through his money.

The Western world views a rich man as someone who has “made it” in life. They adore a rich person, and consider Trump’s financial success a great accomplishment in and of itself. Becoming wealthy is probably the number one aspiration of the average Westerner.

On the other hand, the Torah doesn’t view monetary wealth alone as a virtue. “Who is wealthy?” asks the Mishnah, “One who is happy with what one has [Pirkei Avos 4:1].”  Any appreciation for money is specifically for the good that can be accomplished with it. In Jewish society, much respect may be given to the wealthy man, but the honor is attributed exclusively for the great deeds he accomplishes with his money and never for earning the money itself.

When our children see a world infatuated with a man because of his wealth, they are subconsciously learning that acquiring money is an important goal. It is our job to counteract these thoughts by educating them the way a Jew should value money.

One of the main attractions of Mr. Trump is his celebrity status. Mr. Trump has spent his life promoting himself on the public scene to become world-renowned, and he has very much achieved that goal. The Western world loves a famous person. Fame is seen as a primary objective of life, and therefore one who attains fame earns great respect from the people.

Unfortunately, the pursuit of fame itself is a distorted goal and can even become self-destructive, illustrated by professional football players who suffer premature illness and death. Nevertheless, professional players continue their careers with this knowledge – their motives of achieving success and fame overrides the concern of risking one’s life.

The Torah doesn’t view the pursuit of fame as a positive value. On the contrary, seeking honor is perceived as negative and we are told to run away from it (see Eruvin 13b). A Jew believes that living life with the motive of gaining praise and honor from others is a contradiction to avodas Hashem. We are here in the world as servants to our Creator, and we seek only to bring glory to His name. Selflessness is not just a positive character trait, it is the essence of a Jew.

We must explain to our children that the world of social media, where the average person posts his daily happenings, is driven by a desire for recognition and fame. A Jew should despise this way of living. It’s our obligation to counteract this phenomenon, and to teach our children the Torah outlook on fame. We look to live our life bitzneeus, understanding that the more we live our life in modesty, the more genuine and pure is our service of Hashem.

The Script of a Selfish Life

There is one more central component of Mr. Trump and his campaign that needs to be addressed. It is the most repulsive part and it’s the heart and soul of him and his campaign: this is his callous disrespect of other people. Mr. Trump stands on a public stage with an audience of millions of viewers and openly ridicules and insults others. His many followers do not view this behavior as something that disqualifies him. Instead they applaud him for it.

This disturbing phenomenon is a reflection of the ideals and values of the candidate and his admirers. When one believes that the purpose of life is for man to serve only himself, then inevitably he views others as a means for him to fulfill his self-purpose. As soon as other people stand in his path, he sees it as his right to degrade and insult them to promote himself. It’s no wonder that in the Western world one expression of humor is finding the faults and disabilities of others and laughing at them. After all, the other person is only there to service man’s own selfish journey through life.

A Jew is appalled by such behavior. An insult of another in any situation is looked at with disgrace. We are taught to jump into a fire before embarrassing a friend! Is there a deeper clash of cultures than this? A Westerner is ready to “bury” a friend in order to promote oneself, and the Torah Jew is ready to give up his own life so not to cause his friend shame.

At last year’s Torah Umesorah convention, Hagaon Rav Aharon Feldman, Shlita called upon mechanchim to start educating talmidim about the deep contrast between the values of the Torah and that of the Western world. He stressed that it is especially important for us to highlight the failures and the malfunctions of the outside culture.

It would seem that this would be an appropriate time to heed the Rosh Yeshiva’s call. We don’t have to ever mention Mr. Trump’s name, nor his policies, but we certainly can use this season to emphasize the principles of our Torah, and how they stand in deep contrast to the values of the society around us.