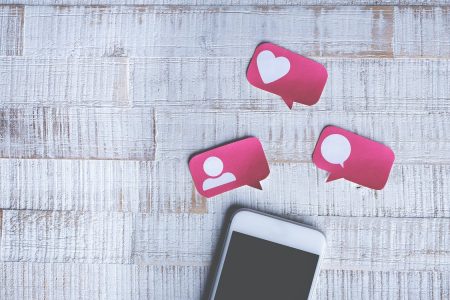 This past Shabbos, Parshas Shimini, an event occurred 166 years ago, which I am sure most of us never heard about. It was on the 24th of Nissan in the year 1854 on Parshas Shimini, that Sasha Mindel Hertzberg née Kluger passed away. Mrs. Sasha Mindel was not a great known Rebbetzen, nor was she a miracle worker. She was married for a short time and passed away quite young in 1854. Yet, even so, Rav Shlomo Zalman Auerbach zt”l (1910-1995), who was born 56 years after Sasha Mindel passed away and was not related to her and, of course, never knew her, would say Kaddish for her every 24th of Nissan.

Why? Why would Rav Shlomo Zalman Auerbach recite Kaddish for a woman he never met nor knew?

Rav Shlomo Kluger (1785-1869) was a world-renowned Talmid Chochom. Rav Kluger was famous as being the Rav and Dayan in the Galician town of Brody in Poland for over 50 years. I would venture to say there is not a genuine Talmid Chochom of the last 150 years who has not heard of Rav Shlomo Kluger. He was (and remains) one of the great Rabbinic stars in the Heavenly firmament of the Torah world of the 19th century. As a young man, the Beis HaLevi – Rav Yosef Dov HaLevi Soloveitchik learned with Rav Shlomo Kluger. He authored over 160 works. Some of which have yet to be published.

One of the works he published in 1854 is titled “Nidrei Zerizin.”  The sefer contains novella on the tractate Nedarim. What is unique about this sefer is to whom it is dedicated. Rav Kluger dedicated the work to his granddaughter, Sasha Mindel. On the title page of the book, Rav Kluger writes, “I am publishing this word as a memorial and for the sake of the soul of my dear and wise granddaughter, Sasha Mindel, who died at an early age. She was the daughter of my son Rav Chaim Yehuda, and she passed away on Shabbos Kodesh Parshas Shimini on the 24th day of Nissan in the year 1854.” What was so special about his granddaughter that he dedicated the sefer to her?

The Tragedy of Sasha Mindel

The sefer contains an introduction explaining why Rav Kluger is dedicating the sefer to his granddaughter Sasha Mindel. It is an introduction written by a great Rav, the likes of which I have never seen before and hope never to see again. Rav Shlomo Kluger explains that his granddaughter, Sasha Mindel, who grew up in his house, was very dear to him. He writes how he was personally involved in her shidduch and, after making the proper inquiries, was convinced she was marrying into a beautiful Torah family. Alas, it was not to be.

Rav Kluger records unabashedly and graphically the evilness of the family into which Sasha Mindel found herself. He writes explicitly how he was lied to concerning the respectability of the family and refers to Sasha Mindel’s husband and family as, “Anaoshim Ra-im M’od” – “Very evil people.” He continues to tearfully and painfully describe what happened just a few weeks after Sasha Mindel’s wedding.

“After her husband (Yakov Hertzberg) and his family (her father in law- Yechiel Itzik Hertzberg) realized that my granddaughter is not choosing their ways of life nor acting as they act. They began to press her and (place) pressure after pressure (on her) until, after just a quarter of a year of marriage, she developed lung disease.”

Rav Kluger continues to write how no one told him about the abusive relationship his granddaughter was in, and if someone random had not informed him of the dire circumstances, he never would have known. Once he found out the truth, he spared no expense in extracting his granddaughter from this abusive household and brought her to live with him. Unfortunately, she was already too sick and died shortly after on the 24th day of Nissan in 1854. After begging Hashem to exact Divine judgment against these evildoers, he shockingly states, “Hashem should avenge my vengeance quickly.”

To create a memorial to her soul, he decided to publish a sefer in her memory. He requests all those who learn from the sefer to say Kaddish for her on her Yahrtzeit (24th of Nissan). He stipulates that if this sefer ever merits to require future editions, this introduction should never be excised from the text as “this is my primary intent (in writing this work) that it should be a memorial to her soul…”

Rav Shlomo Zalman Auerbach read Rav Kluger’s pleas and therefore said Kaddish for her on her Yahrtzeit. That is the tragic story of Sasha Mindel bas Rav Chaim Yehuda. She was a woman who suffered in silence from spousal abuse. The details of the abuse are thankfully not described. However, they affected Rav Kluger to the extent that he writes, “They began to press her and (place) pressure after pressure (on her) until, after just a quarter of a year of marriage, she developed lung disease.”

Rav Kluger was a Gadol B’Yisroel. If he felt the need to publicize his granddaughter’s tragic plight and explicitly write the names of her husband and father in law, we can only imagine the painful situation his granddaughter suffered through in silence.

Lessons to Learn on Nissan 24

I tremble as I read the account of the pained grandfather, the great Rav Shlomo Kluger, as he describes his granddaughter’s suffering and ultimate death. I can feel the loneliness of Sasha Mindel being trapped in an abusive marriage and the pain of her grandfather as he heard about her suffering. I tremble as I wonder how many other Sasha Mindels are out there who are suffering in silence? How many women, children, and yes, sometimes, men feel trapped in abusive family settings?

Rav Kluger (thankfully) never informs us if the abuse his granddaughter suffered was limited to emotional abuse, such as control and intimidation, or it included physical abuse as well. We do know that Rav Kluger writes about the Hertzbergs (and it is so telling that he “outs” them by mentioning their names!) extremely graphic curses which he hopes Hashem will bring upon them. “Hashem will payback these Reshaim (evil-doers).” Included in his curse are all of those, “who knew the true situation in the Hertzberg household and withheld that information from me! Hashem shall take revenge for me speedily.”

These are not words that a man of the status of Rav Shlomo Kluger wrote flippantly or “off-the-cuff.” A man of the stature of Rav Shlomo Kluger chose every word he wrote carefully and with precision. One can only imagine the pain Sasha Mindel endured as we feel the agony of her grandfather as he describes her horrific experience. No one should have to suffer in silence.

All of us have an obligation, especially on the 24th day of Nissan, the Yahrtzeit of Sasha Mindel bas Rav Chaim Yehuda to do all we can to reach out and attempt to help those in pain. If need be, we must extricate those who are suffering in silence from their horrific home. In the merit (zechus) of our learning about this tragic young woman, Sasha Mindel, may Hashem protect all of His people, and may such suffering be eradicated from the face of the Earth.