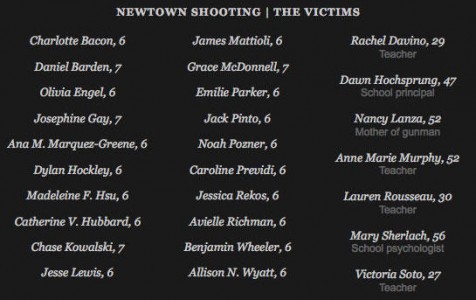 We cannot ever fathom the theological implications of the Connecticut school shooting. We can only mourn.

We can add, “Where was G-d during the shooting?” to our long list of unanswered questions. The tragedy of every life lost by a mad shooting is beyond comprehension.

They will remain unanswered except for the broad strokes of insight as to why there is suffering in this world, especially man-made suffering.

One thing is for sure – if all that there is, is This World  then no suffering will ever be ever be understood. This world is not a fair place, in the sense that there are such vast discrepancies in how people live and end their lives.  Nor does every story of suffering have a happy ending, in this worldly terms. Things can only begin to make sense if we believe that this is not the world of reward. It is the world of opportunity to earn that reward. And that opportunity could be an hour, a day, a year or a century.  I say this not to make sense of a tragedy, but only to explain the minimum basis on which we could even begin an exploration of the subject.

Let me end with the following Chazal:

Pharaoh called  3 men to advise him on whether to enslave the Jews:  Yitro, Iyov and Bilam. Yitro advised against; Bilam in favor and Iyov, who say that he was powerless to prevent Pharaoh, kept quiet. Iyov suffered greatly thereafter and the question is why, if he was helpless was he punished for his silence. The Meharsha explains that when something hurts you cry out. You cry out not because you can do something about it, but just because it hurts. Iyov should have cried out. He should have been in pain. His silence showed a callousness for which he suffered.  Most of us are to diconnected from the Connecticut shooting to do something about it, to bring comfort to the bereived, or to work toward preventing something like that every happening again. But, when it hurts we should cry out.

Make Your Point. Bullet Point It.