OLAMI Resources   /   NLE Journal Posts   /   The Death of Certainty, the Birth of Accepting our Limitations 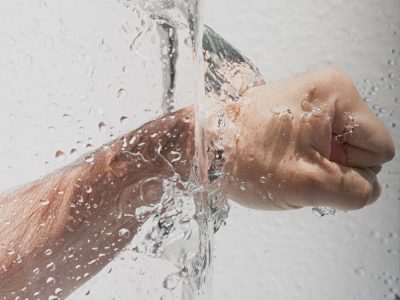 I have not slept well during the last three months. Don’t get me wrong, I fall right asleep, but I don’t wake up well-rested. There is a pit in my stomach that won’t seem to go away.  Baruch Hashem, my family is healthy and well.  I feel truly blessed in so many ways and I try to be grateful each and every day. I usually feel and act genuinely happy, and yet nevertheless, these days I live with a continuous uneasiness, a discomfort that I can’t seem to shake.

Throughout this time, I have tried to investigate the source of these unfamiliar, foreign feelings, but to no avail. Finally, this week, as we began to try to prepare for this coming Rosh Hashanah and found ourselves left with more questions than answers, more we don’t know than we do know, it struck me. The ache is the absence of confidence, the agitation is the loss of certainty.

Just three months ago, we were capable of knowing, of planning. After all, we live in the information age. All we had to do was Google a question and we had terabytes of answers within seconds. We searched YouTube and accessed countless “how to” videos on how to fix, repair, build almost anything. We had answers, we had solutions, we had control, we had the capacity to predict, to anticipate, to prepare, and to plan.

While three months ago we knew so much, we now know next to nothing. We can’t plan, we have no answers, we can’t predict what will be and we can’t fix this problem by Googling or searching. This virus has rendered even those who haven’t contracted it, various levels of feeling impotent, incompetent, and incapable and that hurts badly.

In truth, the discomfort and uneasiness are feelings of grief, of loss. In a widely-read article published shortly after the pandemic first shut down the country, David Kessler, considered the world’s foremost expert on grief, classified this feeling as “anticipatory grief,” saying, “Anticipatory grief is that feeling we get about what the future holds when we’re uncertain. Usually it centers on death. We feel it when someone gets a dire diagnosis or when we have the normal thought that we’ll lose a parent someday.”

Many of us feel this grief daily, if not hourly. We have lost the life and lifestyle we once knew and luxuries like certainty we took for granted have vanished. The longer this continues, the less confidence and less certainty we have.

When can we resume davening indoors? Will we ever have classes in person again, will we enjoy Kiddush together, Shalosh Seudos as a community?  Will our children have camp, will in-person school resume next year? What will our simcha look like, and G-d forbid if we lost a loved one, would we be able to grieve properly?  Can we take a vacation, will we be able to travel? What financial impact will this have on us? When will this be over and what will life look like afterwards? What will be different, and will anything be the way it was?

We go to sleep and don’t know what world we will wake up to. If I told you four months ago a pandemic would shut down the world, we would lose precious people out of nowhere and it would obliterate whole industries, you wouldn’t have believed me. And if I told you just one week ago that in the midst of our collective quarantining, we would suddenly find ourselves in the middle of a critically important nationwide conversation on racism and also see a national pandemonium including rioting, looting, and the destruction of countless businesses, you wouldn’t have believed me, and for good reason.

Pandemic and pandemonium, what’s next?  What else can we not imagine today that will become our reality tomorrow?

We crave certainty, we thrive off of predictability and there simply isn’t any.  We rely on planning and right now we cannot plan. We depend on being in control and we currently have none. That realization, that reality itself is daunting, for many, devastating, and has left us in a daze. The structure and routines we have come to rely on are not available to us and it leaves us feeling lost and disoriented.

I was recently talking with someone who described his struggle with concentration and productivity during this period.  He related that his davening is unfocused, he isn’t sure how much he is retaining from his learning, and his time isn’t used as efficiently as he would like. When I asked him why, he explained, it is hard to be fully present in anything when there is so much uncertainty.

I have been thinking about that conversation and about my own feelings and wondering if we had unfair expectations and an inaccurate outlook.

In “Reflections of the Rav,” Rav Soloveitchik suggests that perhaps they aren’t really arguing. Both agree that the Torah only places an obligation to pray in a crisis but whereas the Ramban assumes that to mean a catastrophe or emergency, the Rambam says every day sees us struggle with our helplessness and sense of dependence. To be alive, to try to navigate this complicated, complex world is to be in a state of crisis.

We think we have lost certainty and predictability, but perhaps they were never really ours and we were never entitled to feel we had them. We are pained by a loss of a sense of control, but at most all we had was an illusion of control. In reality, whether we are experiencing pandemic or paradise, we are in a perpetual state of crisis, of dependence.

Armed with this understanding, we need to ask ourselves, now what? We can wallow in the grief of the loss of the age of predictability, of confidence and certainty, we can spend the day mourning the inability to plan the future, or we can adjust, adapt, create new paradigms, assumptions and craft new lifestyles. Maybe it will all be temporary, maybe it will last a long time or parts will even become permanent, but at this point, three months in, it is time to go from victims to victors, from passive to passionate, from spectators to writing the script.

We are not the first of our own people or of any people to live with uncertainty. There wasn’t certainty during the Black Plague or the Spanish Flu, during the Inquisition or the Crusades, during the Six Day War or the days, weeks, and months after 9/11.

Those who came before us found the capacity to not only survive but to thrive, despite the uncertainty. They didn’t know what would come next, but they knew they would keep going.

What about us? Are we ready to stop grieving the loss of control and to take control of what we have left, of what we can know?  Take time, talk to your spouse, a friend or even with yourself about how you can live your best even when things aren’t the best. Set meaningful and realistic goals, personal and professional, spiritual and physical during this new time and articulate a plan to both accomplish them and to measure your progress on your way there.

We are living through great turbulence and the wind is desperately trying to redirect us. Now is the time to grab the wheel and be determined to be the pilot, not a passenger of your life.