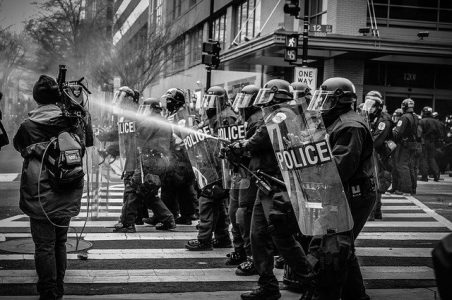 On May 25, 2020, George Floyd, suspected of using a counterfeit $20 bill at a local Minneapolis store, was killed by a policeman, later charged with 2nd degree murder. Bystanders took a video that went viral, of the officer using his knee to pin Mr. Floyd by his neck, and recorded him repeatedly saying, “I can’t breathe.” Mr. Floyd’s killing triggered riots, protests, looting and violence in 140 cities throughout the US. The protests seek to reverse the racial oppression, discrimination and socioeconomic inequality prevalent in the US.

Rabbi Avraham Edelstein addressed the Neve Yerushalayim community on the halachic and hashkafic perspectives of protests in general. Rabbi Edelstein’s goal was not to make an opinion about the George Floyd riots, protests, or the policemen. Rather, he provided background on the Torah prospective on “the ethics of protests.”

The issues and halachic perspectives raised in his discussion include:

Please click below to listen to the entire presentation. Please note there are occasional pauses in the Zoom MP3 recording.

_____________
We are honored to introduce the inaugural post of a new OlamiResources.com column, Reflections by Rabbi Avraham Edelstein. Rabbi Edelstein is the Education Director of Neve Yerushalayim College for Women and a senior advisor to Olami. Many of Rabbi Edelstein’s foundational publications addressing the world of Kiruv appear on OlamiResources.com: Series on Kiruv and Chinuch, Commentary on Chumash and Yom Yovim, The Laws of Outreach, as well as contributing articles. This post introduces the MP3 of Rabbi Edelstein’s recent Zoom presentation to the Neve Yerushalayim community.