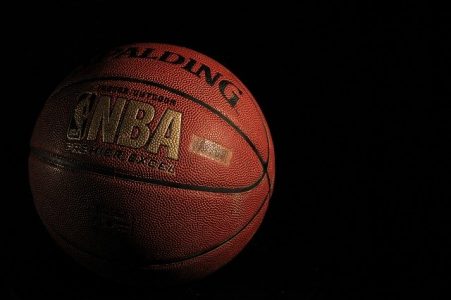 The N.B.A. would be among the largest and most-watched North American sports leagues to return to play in the current effort to open the US economy amidst Covid 19. After spending weeks on putting together an incredibly elaborate series of health and safety protocols, the NBA and the National Basketball Players Association believe they have done what is necessary to keep the 22 teams and others who will be part of the season restart at the Disney campus near Orlando next month safe and healthy. Ready or not, basketball is almost back.

Jews have always been enthusiastic about sports, whether as avid recreational participants, professional players or as fans. How does the Jewish tradition relate to sports? Just in time for the NBA restart, OlamiResources.com is honored to present Rabbi Dr. Nachum Amsel’s fascinating essay and accompanying Jewish sources on Jewish perspectives of sports.

In a famous 1980’s satirical comedy film, one scene depicts a flight attendant asking a passenger if he would like something to read on the trip. He asks for something with a very short text, and she hands him a magazine called “Greatest Jewish Athletes” described in the film as “the world’s shortest book.” This exemplifies a commonly accepted notion that Jews generally do not participate in sports, and if they do, they certainly do not excel in them. This chapter will examine this perception, and show why it is a misconception, in the past as well as today. It will also attempt to show how the attitude of traditional Judaism towards sports is both complex and multi-layered. Is there a difference, from the Jewish perspective, between participating in sports and watching them as entertainment? Are any sports more forbidden or permitted from a Jewish viewpoint? Let us examine these and other questions through the sources.

SPORTS IN THE JEWISH BIBLE

References to and the participation of Jews in sports are already found in the Prophets and the Psalms. The practice of shooting arrows at a target is mentioned in the books of Samuel, Job and Lamentations. The idea of attaining proficiency in slinging a stone to hit a target can be seen not only in the famous story of David and Goliath, but also in other contexts in Samuel and Zachariah. Long jumping and running are used as metaphors by King David, indicating that these activities were already prevalent at that time, and that is the reason they could be used as imagery in poetry and music. All of these sports and skills mentioned, like those in all other societies in ancient times, relate to the aptitude that was needed in these activities as a preparation to wage war, and only later did these activities become entertainment sports.

There are also numerous references to feats of strength in the Torah, as this aptitude of brute strength, often needed and used in numerous sports, seems to be admired in Judaism. Jacob used his considerable physical strength to remove the large stone covering the town well, an act that normally required several shepherds to accomplish. Moses performed a similar feat of strength for the daughters of Jethro. Samson’s great strength is well-known, and it was this unique quality that allowed him to kill one thousand Philistines with the jawbone of a donkey. One of the physical characteristics that made King Saul worthy of the monarchy was his unusual great height and strength.

But the most dramatic sports reference in the Jewish Bible is the story of the confrontation between Avner and Yoav. These two opposing camps during King David’s rule met, and each side selected twelve athletes to compete against each other in various sports. This athletic confrontation and competition did not end well, as immediately afterwards both sides engaged in war, in which the forces of Avner defeated the army of Yoav. This first negative association of sports and Judaism foreshadowed some of the later opinions about sports in Jewish thought.

SPORTS IN THE TIME OF THE TALMUD

Although no direct description of sports activities is mentioned in the Talmud, there is ample evidence in many of the Talmud’s legal discussions to infer that sports were an integral part of Jewish life in Talmudic times. For example, in describing the Temple service performed by the Kohanim-Priests, the very first and prestigious daily service was to remove the ashes from the Altar. Since many Kohanim desired this privilege, a footrace was held, and the fastest Kohen-Priest would be granted this honor. If the result of the race was a tie, then a lottery would be held to determine the winner. Later on, after one Kohen was injured in a race, they abandoned this practice and only conducted lots to determine which Kohen would perform this service. This shows that not only were activities we associate with sports encouraged, but it was even a part of the daily activities in the Temple (as long as it proved safe).