OLAMI Resources   /   NLE Journal Posts   /   Is Our Approach to Kiruv Based on Torah Principles? 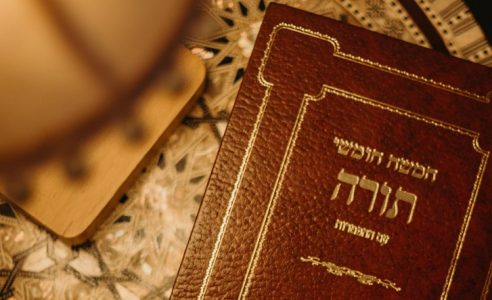 1. Expose students first to the positive experiences of Shabbat meals before talking about melachos:

Did not David HaMelech say סור מרע ועשה טוב? First get out of the isurim before engaging positive mitzvos? However, Rav Tzadok HaCohen points out that the first of the עשרת הדברות are then written in the wrong order. HaSh-m says: Believe in Me (אנכי) and only then לא יהיה לך אלהים אחרים. When approaching Yiddishkeit from afar, he writes, then the order is, “Pray to me even while you still have all your idols in your house. Afterwards, you will get rid of them. Shem MiShmuel makes the same point on the Haggadah of Pesach: First קדש – positive; and then only רחץ – purification from the negative.

2. Paying for Torah studies and for mitzvah observance:

i) There is another גירסא that says בתורה ובמצוות, but neither the Rambam nor the Shulchan Aruch pasken that way. They also both bring this principle in Hilchos Talmud Torah (.(רמבם ג:ה; יו”ד רמו:יט Therefore, it would seem one can pay for Torah but not for doing mitzvos.

ii) The goal from the outset has to be that the person will come to learn לשמה. Rav Dessler says that if you don’t have the goal in mind, you will never reach it. Therefore, if a person at some stage is not willing to learn without a stipend, there is something wrong with your approach.

This is required as a mitzvah of ואהבת לרעך כמוך (Rav Moshe Shapiro). We would never sell ourselves so short; why do we think we can sell others short in the same way.

Note this is not the same question as when you have two people in front of you – one completely not frum and one already basically Shomer Shabbos – competing for your time. There Rav Elyashiv stated that one should first talk to the non-frum person as that is פקוח נפש.

For most things they don’t. They are considered תינוקות שנשבו and hence are considered אנוסים – i.e. the action isn’t even attributed to them. They retain this status until they believe in G-d, and that He gave the Torah and in that Torah is written what they did wrong (Rav Chaim Pinchas Scheinberg).

5. BT – Doing teshuva on things he didn’t yet know until after doing teshuva:

If there was no way that he could have known this law then he is considered אונס – ones – and this is not considered his action at all. However, if it was reasonable for the BT to know this halacha by now, then he is considered a שוגג  of a certain sort. In an earthly Beis Din, such a transgression would not be judged as liable, but one is accountable in Shamayim. In the time of the Beis Hamikdash one would have been obligated in a korban. Today, we do teshuva with an immediate kapara if it was a positive mitzvah and, a final kapara on Yom Kippur if it was negative as per the Rambam, Hilchos Teshuva 1:4.

6. BT: Teshuva on things he knew but wasn’t ready to take on:

The consensus of poskim is that BTs must take on Torah and mitzvos in a measured way, for if they don’t, they will become unbalanced and are likely at some stage to throw away their entire Avodas HaSh-m. And so the reason for the person not taking on everything now is a pikuach nefesh ruchani – and hence they are not considered culpable. In fact, they are obligated to take on new things in a balanced way. The BT needs to say to himself, “I accept that this is a part of the Torah and that I am obligated to do this and that I have to grow to the point where I can start doing this.”