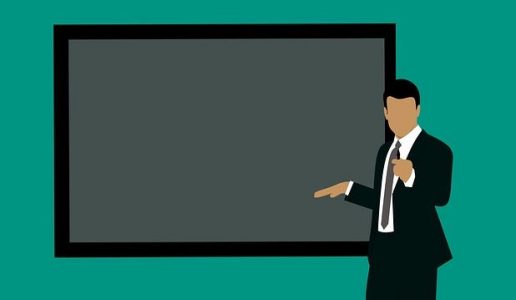 The teaching profession is unique in a number of ways. It is the only profession whose goal is to make itself superfluous – i.e., the purpose of teaching is to create students who no longer need a teacher at all, but can stand on their own and learn by themselves. In addition, it seems to be the only profession that nearly all parents feel qualified to evaluate and criticize. While they would never question a particular diagnosis or medicine prescribed by a physician, the specific work of a dentist (or any other professional that involves their child), most parents feel competent to comment upon or question the specific actions or behaviors of their child’s teacher (one can confirm this assertion by speaking to any school principal). If this is true in the general population, it is certainly more so in the Jewish community. (Why this is so will be demonstrated below.)

Although teachers often have a greater impact upon the life of students than any other person alive, their salary in most countries today is almost at the bottom rung when compared to the salaries in any other profession. Moreover, though teachers used to be among the most highly respected individuals in society, esteem for educators has nosedived since the latter part of the twentieth century. Similarly (or as a result), unlike the case in previous generations, today in the Western world the teaching profession is by and large attracting individuals with lower grades than those of average students. Why has this profession lost its place of honor in society? How does Judaism view teachers and why?  Is there a “proper” way to teach in Judaism, and an improper way? Are certain individuals not qualified to be teachers in the Jewish community? This chapter will explore these and other questions related to this distinguished profession in Jewish society.

THE SIGNIFICANCE OF THE TEACHER OF CHILDREN IN JUDAISM

It is clear that Judaism views teachers as a crucial component of every Jewish society, and holds teachers in high esteem. Chinuch says that a Jewish community may not even be formed without teachers, and that any Jewish community without instructors for the young should be destroyed. The Talmud describes an incident that shows the value and specialness of a teacher. In a year when there was no rain, Rav decreed a fast for the community, but still no rain fell when the community fasted. Then one individual rose to be the Cantor, recited a few verses about the rain, and the rains came forth in torrents. When Rav asked in what merit this particular person had the “ear of G-d” to bring the rain and save the community, the Cantor replied that he was a teacher of young children, even those whose parents could not afford to pay tuition, and those who were reluctant to learn. The Midrash speaks about the seven groups of righteous people who will be greeted by G-d Himself after this life. Which of these seven groups is the most worthy? One opinion is that it is the teachers of young children who inspire them with awe. These teachers will stand at the right hand of the Almighty.

﻿When the prophet Daniel speaks of the righteous who are eternal like the stars, the Talmud explains that he was referring to teachers. Why? Maharsha explains that just as the stars are not seen during the day but nevertheless always have an impact on the earth, so too, teachers are no longer seen after they complete teaching their students, but their impact continues long after the students have left the classroom…

Abraham was the person chosen to found the Jewish people, the first Jew. What made him so special? While there are many unique qualities that are ascribed to Abraham, when G-d wanted to demonstrate what made him distinctive, He said that it was Abraham’s ability to pass down to the next generation (and future generations thereafter) the ways of G-d, justice and righteousness. There had been several righteous people before Abraham, such as Noah, who was called a righteous man. But Abraham was the first person who was able to teach his children and inculcate his values into the next generation and the generations thereafter. That was indeed Abraham’s greatest quality – he was a teacher. The Midrash says that first Abraham “discovered” G-d at an early age, then kept the precepts (before the Torah was given), but greatest of all, he then taught these ideas to future generations of Jews. G-d says that since Abraham taught Torah in this world, that in the World to Come, G-d Himself will teach Torah to the Jewish people. In fact each day in the morning prayers, G-d’s profession is described as that of a teacher of the Jewish people. The Midrash declares that teaching Torah is indeed a partnership between man and G-d: in this world it is man’s duty to teach Torah, but in the Next World G-d will be everyone’s teacher of Torah. And since Jews are supposed to follow in the ways of G-d, just as G-d is a teacher (even in the Next World), ideally all Jews should become teachers (in this world).