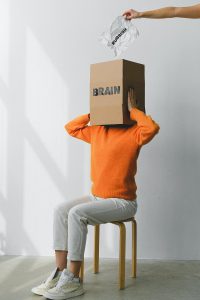 Of all the great biblical personalities, I connect most to Joseph. Why? Because of his ability to forgive and see G-d’s hand in everything, even his own pain.

When Joseph finally revealed his identity to the brothers who had sold him into slavery 22 years earlier, he told them not to worry. Everything that happened, he said, had been Divinely orchestrated to allow the family to survive the terrible famine.

Now do not worry, and do not be angry with yourselves that you sold me here, for it was to preserve life that G-d sent me before you… G-d sent me here before you to insure your survival in the land to keep you alive for a great deliverance. It was not you that sent me here, but G-d and He made me as a father to Pharaoh and master of all his house and ruler over all the land of Egypt. (Genesis, 45:5-8)

Joseph understood that everything he had endured for the past twenty-two years, his enslavement, his rise to viceroy, was part of the Divine plan, to ensure that he could provide for his family at a time of great distress. He also saw this as G-d’s way of fulfilling an earlier promise, one made to his great-grandfather nearly two centuries earlier.

And (G-d) said to Abram, “You shall surely know that your seed will be strangers in a land that is not theirs, and they will enslave them and oppress them, for four hundred years. And also, the nation that they will serve will I judge, and afterwards they will go forth with great possessions.” (Ibid, 15:13-14.)

So, instead of harboring hatred for what his brothers had ruthlessly done to him, Joseph looked for the hand of G-d and chose to forgive. What a lesson!

Nine years ago, I, too, felt terribly hurt. It was then that I was informed by my school’s board that I would not be renewed as head of school.

I had done a good job and had achieved a tremendous amount. I had been fairly certain that I would be offered a renewal. But it didn’t happen.

I could have gotten all angry at the board for its decision and spent my last eight months at the school all angry and in a funk. I chose instead to follow Joseph’s lead and look for the hand of G-d. That allowed me to think positively and see new possibilities.

As with Joseph, it took years for me to see the benefit of what had happened. While the benefit of my situation was not as clear cut and obvious as with Joseph and his brothers, perhaps the biggest gain for me was the ability to forgive people who hurt me and my family.

When we harbor anger at others, only we suffer. Even if they’re aware of what they did, rarely will they feel regret. Certainly not as much as you want them to feel.

Joseph understood that the only way to live is to live in the present and think about what’s possible, rather than what happened.

In the words of Lewis B. Smedes, “To forgive is to set a prisoner free and discover that the prisoner was you.”

Don’t be a prisoner to your pain. Be free. Forgive.

Here are tips to help you do just that.

Accept what is, then let go – The past is called that for a reason. We can’t change it, no matter how much we want to. So there’s no point in reliving it. The sooner that we recognize that the faster we will come to a better place.

Recognize the Divine element – Just because we don’t like what happened does not mean that it was not meant to be. We may never find out why losing that potential spouse, that job, that money or something else was in our best interest. But our belief in Divine providence tells us that the outcome was nonetheless preordained.

Own your portion – While you may not have deserved the hurt you experienced, there may have been a part of the hurt that you are also partially responsible for. Ask yourself what you could have done differently and commit to that behavior moving forward.

Focus on the present – When you live in the here and now, you have less time to think about the past. When the past memories creep into your consciousness (as they are bound to do from time to time), acknowledge them for a moment. And then bring yourself gently back into the present moment and focus instead on all of the present good in your life and all that you have achieved since this hurt occurred.

Forgive wholeheartedly – We all make mistakes and will do so every day of our lives. We may not have to forget another person’s bad behaviors, but virtually everybody deserves our forgiveness. Sometimes we get stuck in our pain and our stubbornness, we can’t even imagine forgiveness. But forgiveness isn’t saying, “I agree with what you did.” Instead, it’s saying, “I don’t agree with what you did, but I forgive you anyway.”

Forgiveness isn’t a sign of weakness. Instead, it’s simply saying, “I’m a good person. You’re a good person. You did something that hurt me. But I want to move forward in my life and welcome joy back into it. I can’t do that fully until I let this go.”