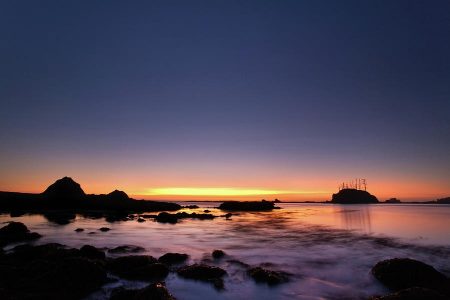 It’s hard to speak about that which we can’t describe with words.

I don’t say it’s impossible because if you pay attention to your own and others’ speech patterns for a day or so, you’ll be surprised at how often you’ll hear references to:

“There are just no words to describe it.”

So much of our experience of life is encountering that which can’t be translated into any language whatsoever.

Isn’t this what emojis are for, you ask? 😏

It took me nearly a decade to come around to emojis (compared to my millennial, #socialmediawarrior younger sister), but I’ve come to be a great appreciator and emoji enthusiast.

And yet, I’m referring to those things even emojis can’t capture 🤭.

Every human being knows in their minds, hearts and bones:

there is a love

no poetry can encompass,

no “thank you” note

Sooner or later, all people are sent silently reeling from a story that makes their hairs stand on end, and when they least expect it, their breath is taken away through an encounter with beauty that neither a thousand words, nor a thousand 🖼️’s, each worth a thousand words, can do justice to.

This thing we’re describing is one of the dilemmas of the human condition. It’s a dilemma because it’s precisely those things which words don’t do justice to, which we feel most moved to express and share with others.

It can be tragic when we say nothing at all simply because we can’t find the words to encapsulate the feelings we feel. The deepest forms of love, appreciation & admiration end up going unexpressed to those who deserve them the most.

Life leaves us with no choice but to talk about that which we can’t talk about. This XL is attempting to do just that: describe the indescribable, and define the undefinable.

This is no small thing.

What we’re searching for is how to make room within the finite to allow infinity to shine through.

Even though we speak about God and refer to Him by Name, we can describe absolutely nothing about God Himself.1

Allow me to explain by showing you, that on some level, this paradoxical phenomenon is true about you and me as well.

Most of my readers know me personally, but let’s start by considering a reader who doesn’t.

By reading my writing, he gets to know me, right?

Well, not necessarily. He can get to know how I write, but maybe the way I write is quite different from the way I speak. Most people are more eloquent, more formal, more poised, more rational, and more flowery in their writing than they are in their speech.2 This means that to be precise and intellectually conservative, someone who only knows the way I write can only truly speak with confidence about the way I write. Anything he or she may conclude about me as a person is pure speculation.

What about those of you who do know me? Except for the handful of telepaths out there, at best, you would know the way I speak and the way I behave. If you’ve seen me in more intimate environments, or over more prolonged periods of time, you’ve likely seen me with my guard down, and therefore have a more authentic snapshot of my manner of verbal communication, my habits, and my decisions, which are no doubt highly significant touch points for saying that you know me.

But you can’t really know how I think or feel.

Heck, I barely understand how I think & feel!

…stay with me here…we’re going just a bit deeper, and then, we’ll make it practical…

Every person exists in a dimension that only he or she can experience directly. This raw existence is, so to speak, the naked reality of the human being. It is totally invisible to anyone — even to the person themselves.3

This invisible inner world can become manifest and seen by others, and by the person himself through three “garments”: his thoughts, his speech and his actions.4

Think about yourself. Who are you? What are you like?

In so far as you can think about yourself, you’re picturing yourself doing some activity (yes, sitting and doing nothing is an activity), saying something, or perhaps, if you’re very deep and “meta” — you’re thinking about yourself thinking.

In all three of these scenarios, however, you’re seeing yourself in your mind’s eye doing something. That something that you’re doing is what allows you to see yourself, and of course, others to see you as well.

The you underneath those activities is otherwise invisible.

Hopefully, by now, the idea that we are unable to speak or think about God Himself is no longer so foreign or esoteric. It should feel at least somewhat familiar since, on some level, the depths of who we are is also impossible to put into words. We can only speak about how God chooses to relate to us. What He does. What He communicated. We certainly can say nothing substantial about Him Himself.

The surprise twist here isn’t that God can’t be defined. We always knew He was Infinite.

The surprise is that we in our essence cannot be defined either.

In our essence, we are made of the same Infinity.

Perhaps you’ve already considered it: the word “define” is related to the word “finite,” and “undefinable” to the word “infinity.”

What can be defined is that which is finite.

What cannot be defined is that which is infinite.

In Hebrew, every letter represents a fundamental energy. There is actually one letter in particular that embodies this infinite, undefinable, ineffable energy that unifies all things, but is indescribable in and of itself: the letter “aleph.”5

When I was a kid, I was taught in school:

“What sound does Aleph make?” and all the kids together scream,

Does this sound familiar?

It wouldn’t be the א making that “Ahhhh” sound, but the ָ that is beneath it אָ. The א is there but is silent, simply allowing the “ahhh” sound to flow through it.6

When I asked the same question to my six year old daughter, I discovered that she apparently is receiving a more enlightened kindergarten education than I did.

That is the sound the Aleph makes.

No sound at all.

Think about how absurd it is that there is a language whose first letter possesses no sound whatsoever. Then, stop thinking and realize in your soul how magnificent it is.

Aleph is our way of expressing that the most essential things in life cannot be expressed. Its sound is the sound of speechlessness.

I promised in the last XL that this XL would shed light on the fourth lesson we can learn from light.7 Here it is:

As magnificent and radiant and ethereal as light is, it has its limits. Light is the fastest thing in the universe, but it doesn’t travel infinitely fast. Light can show us stars across the cosmos, but there’s so much it can’t show us.8

The fourth lesson is that recognizing our inability to see everything isn’t a weakness — it’s a strength.

…if only the word “ocean” could convey how infinite Infinity is…

1 This notion of the essential indescribability of God is famously attributed in Jewish thought to Maimonides (Rambam) in his monumental Guide for the Perplexed (I:56-57). Interestingly, it is also one of the essential principles of Kabbalah (Jewish mysticism), as most famously articulated in the beginning of the “Petach Eliyahu” section of the Tikunei Zohar:

You are He the First Cause, transcendent beyond all transcendence, and hidden behind all that is hidden. No thought can grasp You at all.

2 It’s also true that many people sound more quick-witted and confident over text than they are in person (one of the dangers of texting too much too early when dating someone).

3 This is why we’re unable to conjure memories of our infancies. We possessed no language of any kind to interpret our raw experience, and in retrospect, it remains invisible.

4 For more on this fascinating way of seeing, study Chapter 3 of the Tanya. There, Rabbi Shneur Zalman of Liadi explains that the role of mitzvot is precisely to give expression to the infinite but otherwise unexpressed soul.

Base actions that aren’t commensurate to the noble soul within are unrecognizable to the soul, so the soul psychologically recedes. Whereas, when a person behaves in a way that is representative of her inner idealistic drive to express what she feels in her soul, the soul feels at home in the person, and proudly “wears” those actions, speech and thoughts. The otherwise invisible only truly becomes visible when the garments it dons are from an appropriately honorable wardrobe for the divine within.

5 If you are interested in this subject and want a bit more, you will probably enjoy the lectures on youtube by Rabbi Yaakov Marcus on the Mystical Meaning of the Hebrew Alphabet.

6 Contrast it to Ayin (ע), which takes on the vowel sound but adds a distinctly Middle Eastern guttural noise to it that puts you in the mood for falafel.

7 The first three lessons from light are: