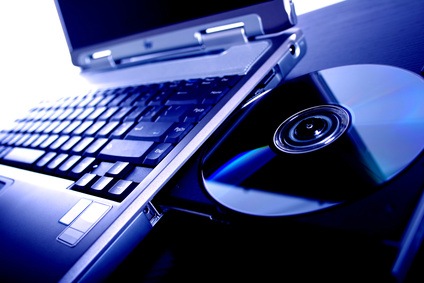 As with all powerful tools, multimedia has the potential to both build and destroy. In another article that I have penned, The Dark Side of Multimedia, we explore the dangers of this tool. Here, the reader will find what can be said of using this medium as a tool for inculcating Torah values as well as riveting in otherwise complex, didactically challenging material.

As Rabbi Zev Leff points out, the idea of using multimedia is as old as the Torah itself. When receiving the exact design for the menorah in the Tabernacle, Moshe found difficulty in grasping what was expected of him, until Hashem showed him a mockup. As Rabbi Leff put it, “Even the Ribbono Shel Olam couldn’t explain it to Moshe Rabbeinu without him seeing!”

Just consider Rabbi Leff’s statement for a moment: the All-Powerful, All-Knowing Creator of the Universe was giving precise instructions to the single human being who was capable of standing in His Presence. Certainly there was no lack of understanding or comprehension in that field of information transferral, yet the Ribbono Shel Olam chose to illustrate the subject at hand in order to get the point across.

Moreover, this occurred several times, not the least of them being when teaching Moshe how the new moon should look in order to declare a new month and when showing him how to mint the basic coin to be used for tithes.

And later Moshe — the ultimate student — when teaching the Jewish People which animals they were permitted to eat, employed the same teaching method.

The efficacy of multimedia as a teaching method is well documented in scientific journals. A much substantiated theory called Dual Coding first presented by Paivio in 1986, suggests that the human brain has separate channels through which it receives visual and verbal information. In 2006 another researcher, named Moffet, admitted that no one is absolutely sure how these channels operate or where they are located in the human brain. But, there was already a standing consensus that superior results can be achieved by engaging both channels simultaneously rather than using only visual or verbal formats.

This means that when giving a talk or running a training session, the speaker will have a higher level of success if he pulls out a few placards and graphs. Were animations, slides and audio to be employed, his audience would surely have a much better, more immediate grasp of the subject and probably enjoy increased memory retention as well.

In 1991, Garcia and Stark published a hallmark study on how the human eye scans a printed page. The participants were always drawn to the graphics first. In fact they looked through fully three-quarters of the available picture space on the page before ever even addressing the printed texts (6).

Then, in 2001, Zillman, Knoblock and Yu, soon followed by Knobloch, Hastall, Zillman and Callison in 2003, published related studies showing that whenever presented with a page containing texts that either had or did not have accompanying pictures, participants invariably read the texts with pictures before turning to those texts that had none. Their conclusion was that participants expected the pictures to provide a quick gloss of the texts. On the basis of that summary, readers would then chose what or what not to read.

All of the above mentioned scientific studies deal with the fact that pictures successfully engage the students’ interest, but it is hard to get past the fact that a picture is “worth a thousand words.”

One does not have to be dealing with the intricacies of Jewish Law in order to find video presentation an invaluable resource. Showing the student is more viable than telling him about it whenever the subject matter is unfamiliar and therefore difficult to visualize.

The call for visual aids is appropriate not only in a detailed discussion of the inner organs of animals with respect to kashrut, or even when teaching how to salt a chicken or a cut of meat to rid it of blood before cooking. Just trying to explain how to roll a mezuza, written on flat parchement, in order to get it to fit properly into a small cylindrical mezuza case without damaging the delicate writing is enough to warrant using a video.

Multimedia presentation also enable you to get across a lot of information with clarity and simplicity. The TorahLive Lecture entitled, “Home Alone,” which deals with the halachic complexities of yichud, is a case in point. There, halachic variables include: differing opinions between Ashkenazim and Sephardim; the time of day; the married status of the woman; the moral stature of the man; the man and woman’s relationship to one another… and more!

Obviously, due to all these possibilities, yichud becomes a very difficult subject to teach. The student may well have difficulty understanding and recalling all the information required just to keep up with the lecturer. But add a few illustrations to this learned discourse and it will suddenly become very simple…

Imagine trying to describe the above in plain text. Now, let’s take things a step further:

As you can see, teaching complex halachic issues without visual aids can give the student quite a headache. Because he is unfamiliar with the subject, the student is challenged to visualize the situation. But should you be able to offer them a video, they will literally hop to it!

Many people have an aversion to learning. This natural resistance to a face to face teaching approach stems from prior experience that has taught them to associate learning with boredom. Try it. Ask them if they want to learn some halachos and they will walk away. But ask them if they’d like to watch a video, and they’ll readily agree.

Incorporating short videos into a verbal presentation is an optimal way to overcome this natural barrier. Offering them the sugarcoating of getting to see a video instead of just dosing off in class is an effective way of piggybacking on a positive association.

This last advantage is especially relevant when dealing with teenagers. The classroom is often a confrontational setting: class vs. teacher. By showing them a video clip, you pull teenagers around to your side. The teacher won’t have to step down from the teacher’s platform or come around the other side of his desk to reach his students. They’ll soon be up there with him, shoulders to the grindstone. Now they’re on your side!