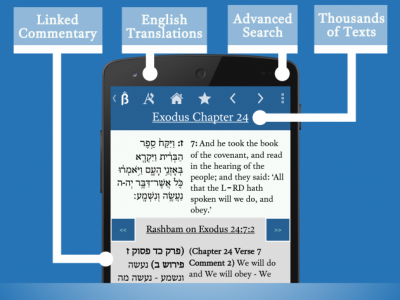 A few weeks ago, as I waited for the Chuppah ceremony to begin at a wedding of a dear family member, I took out my smartphone. The wedding was in an area where I had poor cell phone service, so my “yetzer hara” to check my Facebook, Twitter, or other social media accounts was minimal. Rather, I opened my favorite Torah app, BetaMidrash and started reviewing Parshat Hashavua, the weekly Torah portion. The person sitting next to me, who had a real sefer in his hands, looked over at my phone in amazement and quickly struck up a conversation about this incredible app.

BetaMidrash is a free Android app using open-source online Jewish texts crowdsourced from Sefaria – an incredible platform in its own right which I plan to feature in a future post. BetaMidrash combines an attractive interface complete with Hebrew texts and translations, embedded commentaries when available, a powerful search engine, and downloaded texts so that the app continues to work even with a minimal data connection. What I did not realize when I first started using BetaMidrash after it was launched in April 2015–and quickly fell in love with it–was that this app was created by two electrical engineering students at Cooper Union. Wow! 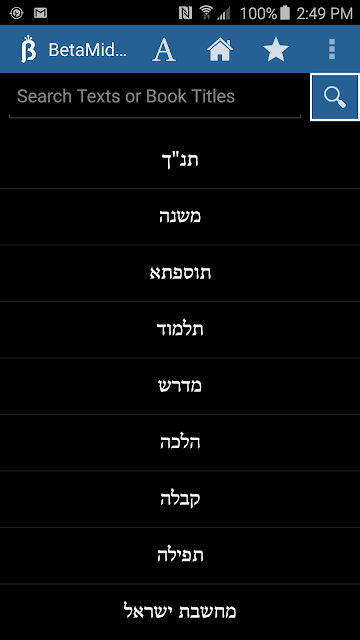 The first thing one notices when opening BetaMidrash is its vast library with all of the basic texts like the Bible, Talmud, and Halachic codes together with many other classics that are rarely found in anything but the most advanced (and expensive) databases like Bar Ilan Responsa and Otzar Hachachma. This app has works like Shaarei Teshuva, Chovot Halevavot, and Meshech Chachma, just to name a few. See a list of categories below. These works are provided by Sefaria but while Sefaria requires a constant data connection and is designed for more careful research, BetaMidrash is optimized to quickly find text and learn on-the-go using one’s mobile device. 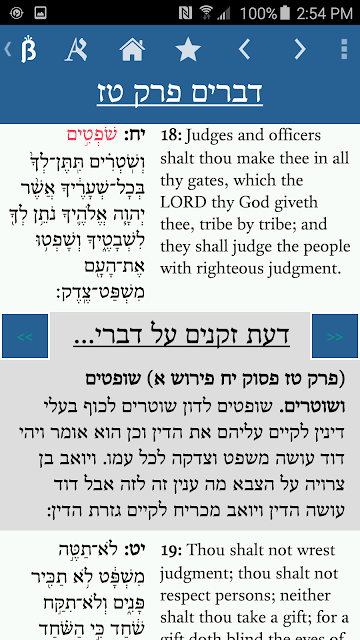 It is a pleasure to learn on BetaMidrash. I use it on a consistent basis to review the weekly Torah portion. (Confession: sometimes I even use it in shul during Chazarat Hashas.) It contains the text in Hebrew with vowels, together with its translation, and embedded on each verse are classical commentaries. They include the commonly used ones like Targum Onkelus and Rashi and some that I rarely have found in a digital format like Daat Zekenim m’Baalei ha’Tosafot, the commentary of the Baalei HaTosafot on the Torah which is one of my favorites. The interface is so user-friendly that in many cases I prefer learning Parsha on my smartphone to learning from a Mikraot Gedolot. (My one small quibble is that the text is organized by chapter but not by Parsha so I have started to bookmark each Torah portion on my device for easy searching.) 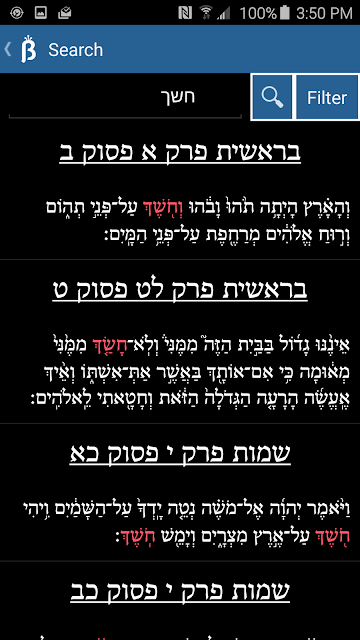 Everything in BetaMidrash is searchable and while it does not have the Boolean search engine that one gets in something like the Bar Ilan Responsa, the search feature can be quite useful. It even lets you search in both Hebrew and English, something that I have not seen on any other Torah app. See an example below. 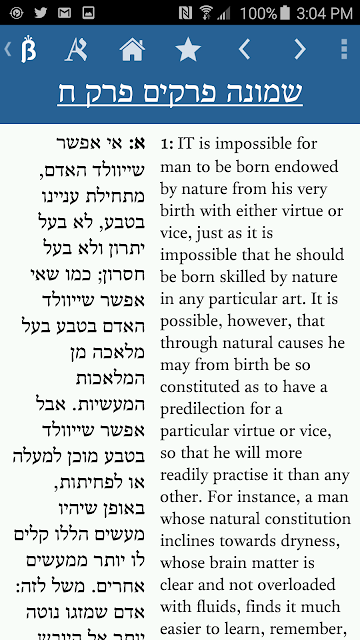 Includes Many Hard to Find Digital Texts, Often with Translation

As mentioned above, BetaMidrash contains not only basic texts, but even many that are not frequently available in a digital format. In this respect, it is similar to the popular app ובלכתך בדרך, On Your Way,  but while the On Your Way app only has Hebrew, BetaMidrash has English translations whenever available, from Sefaria’s expanding database. See the example of the Rambam’s Shemoneh Perakim below.
As mentioned above, BetaMidrash, a labor of love created by two college students (I love student projects!), is currently only available for the Android. The programmers have created a crowdfunding campaign to help them develop an iPhone/iPad app in the future. Click here to help support this most worthy cause להגדיל תורה ולהאדירה.