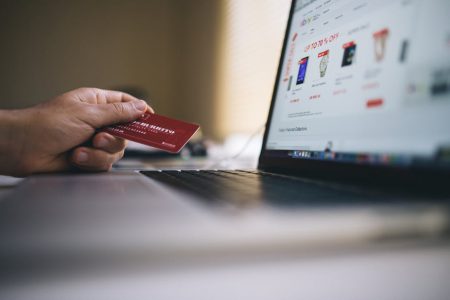 I received a disturbing phone call on Friday. It was from a couple in their late 60’s who have a married daughter and grandchildren in Passaic. Their daughter and son-in-law do not daven here regularly; however, the gentleman who called me – let’s call him Grandpa – davens by me often when he comes to visit. Over the years of his visiting, we have formed an informal relationship and I know from his feedback that he is an avid reader of the Short Vort. He called on Black Friday, the day after Thanksgiving, for as he put it, “I have no one else to turn to.”

The distraught grandfather then went on to describe the following incident.

“We – meaning my daughter, son-in-law and my wife and I – had decided weeks in advance that instead of having my wife “re-kosher” what we already consider a kosher kitchen; this year, the “kids” in Passaic would invite us – the grandparents – to their home and they would host Thanksgiving for the family.

In the eyes of my wife – a proud grandmother – this was a true concession, as for years she looked at Thanksgiving as the only family time where she could host her children and grandchildren in her own home.

The feeling of being the hostess – or as we say in Yiddish – to be the Baala Busta – as opposed to always being a guest, was something which gave her tremendous joy and satisfaction. Nevertheless, as the kids are “super-kosher,” my wife agreed to relinquish the one day of the year when she was queen of the home for the sake of peace, or as the new Hebrew term which we just learned: “Shalom Bayis.”

We insisted we be allowed to contribute something to the meal and since we could not bring any food and since we have no shomer Shabbos bakery in our neck of the woods, it was mutually agreed to and happily resolved that we – the grandparents – would bring all the paper goods.

My daughter was happy as this would save her clean up time as she had to make Shabbos that night and we were overjoyed as we were now partners in the celebration and not just free loaders and non-paying guests.

The turkey was baking in the glatt kosher Passaic oven. In short, everything was set for a peaceful nice family get-together of children with parents and grandparents. The moment we arrived, the children ran to the door to greet us. They refer to us as Bubby and Zaidy.

“Bubby and Zaidy are here!” The children shouted with glee and joy.

We made our way into the kitchen and my wife began unloading her big bags from the local Party City filled with plates, table clothes, napkins and tableware. Our daughter was thrilled at the high quality of the paper goods and the realization that she would not have to wash dishes was exhilarating. Suddenly there was silence in the kitchen; my wife asked our daughter, “Is everything alright? What happened? Is something not kosher?”

Our daughter excused herself and went to speak to her husband privately in the study about the serious possible breach of halacha which was just discovered.

Our daughter – with a look of terror – I thought she found a piece of pork in her turkey – somberly informed my son in law that, “The plates have pictures of turkeys on them and even the salt and pepper shakers are in the shapes of little turkeys. The table cloth has cornucopias set against a pumpkin orange background.”

She then asked my son-in-law, “Are we permitted to use such plates and salt shakers in our home? Is this a question of Aboodoh Zura (editor’s note: idolatry)?” Her husband began to stroke his beard, and as he searched his bookshelves, he was unable to find amongst the Artscroll English tomes which exclusively line his shelves, any book which dealt with Hilchos Thanksgiving.

In desperation he attempted to call his former Rosh Yeshiva, however, he was unsuccessful.

After considering the matter he came to his own conclusion without consulting any rabbinic authority. The figures of turkey on the plates could have a negative impact on the spiritual development of his children – our grandchildren – and so he entered the kitchen with our daughter and with a sweeping gesture, dumped all the paper goods into the garbage and announced triumphantly, “These Goyish symbols shall not be present in the house of a Jew who lives with Torah values.”

Needless to say, my wife and I were crushed and humiliated. We so much wanted to be a partner and contribute to the Thanksgiving dinner. And now my wife was transformed into a villainous woman attempting to infect her grandchildren’s home with paganism and idolatry. I was hurt and wounded; and my wife was shamed and felt degraded. Then my daughter gathered some cheap white paper plates and simple white napkins with low-grade flimsy tableware and set the table.

Rabbi, you could feel the cold and sad feeling which enveloped the entire gathering. Our family excitement and enthusiasm had been extinguished. And even though my son-in-law insured me that the disposal of paper goods was “nothing personal” and “even for our own spiritual good,” my wife and I felt robbed and cheated. We were robbed of something precious to us – the ability to be part of the family affair – and we were cheated by feeling violated by our own children who ‘stole’ our precious goods from us. Rabbi, my wife and I are humiliated and degraded. Please tell me Rabbi, were we wrong in bringing the Thanksgiving-themed paper goods?

And even if we were wrong, was my son in law correct in throwing out our goods and making us feel pained and humiliated? Is this really the Orthodox Torah way?”

As I listened to the grandfather’s painful rendition of the events of the day, there was only one thought which circled again and again through my mind, one statement from our authentic Torah sages in the Zohar HaKadosh which kept ringing in my ears.

We read in this week’s Sedra (Genesis 31:19), “Now Lavan had gone to shear his sheep, and [meanwhile] Rochel stole her father’s teraphim.” Rashi comments on why did Rochel steal them?

“She intended to separate her father from idolatry.”  [from Genesis Rabbah 74: 5].

Rochel steals her father’s idols; her intent was for the sake of her father’s spiritual well-being. She is personally gaining nothing but, ostensibly, is helping her father through her actions.

When Lavan catches up to Yaakov he asks, “[But] why have you stolen my gods?” (Genesis 31:30) Yaakov declares: “The one with whom you find your gods shall not live.” (Ibid, 32) On this statement of Yaakov, Rashi comments: “And from that curse, Rochel died on the way (Genesis Rabbah 74:4).” Rashi learns that Rochel’s premature death was a result of Yaakov’s unintended curse, “Whoever stole your god shall not live,” since he was unaware that Rochel had stolen them.

This translates as: “Rochel was punished by not being able to parent Binyamin and to die in childbirth as a result of causing her father pain when she stole his idols; notwithstanding that her intent was for good. Nevertheless, because of the pain she caused him, she was punished by never being privileged – even for one hour – to parent her son Binyamin.”

Our mother Rochel, the woman who sacrificed her own wedding night in order not to cause pain and humiliation to her older sister was nevertheless punished when she caused her father pain by stealing his idols! Our mother Rochel, the woman who gave over the secret password to her sister so as not to have her embarrassed, hurt and degraded, lost the right to raise her son Binyamin because of the pain she caused her father even though her intentions were for the good. This is what the Zohar teaches us in explaining why Rochel died during childbirth.

What terrible sin did she commit? She tried to dislodge her father from his pagan practices; however, because this action caused her evil necromancer pagan father pain, she would never merit being a parent to her own child. The midah k’neged midah – the measure for measure – here is simple. If you cannot treat your own parent correctly, then you forfeit your own right to be a parent!

There are many segulos in the world today… many people attribute early deaths and horrific tragedies to passul or non-kosher mezuzos and or other variety of sins…. I am not here to disparage those who attempt to build a strong case for all of us to have kosher tefillin and mezuzos….

However, I am here to build a case never to do anything which can cause pain or hurt to another human being… even when your intentions are noble and “for the sake of Heaven.” Our mother Rochel had the most pristine and pure intentions when stealing her father’s idols. Nevertheless, since she caused pain to a fellow human being (Lavan was not even a Jew), and especially since that human being was her father, she was playing with fire and the results were tragic.

These were the words I wanted to tell the distraught grandfather, which obviously I couldn’t.

“I enjoy making the hearts of all human beings happy, and consider it totally obligatory on my part to be meticulous and careful never to cause unpleasantness to any human being, even for one minute!”

How careful we all must be to attempt never to cause pain and aggravation to any human being and to be careful to always attempt to bring joy and happiness to all people.

Who knows what the results could be if we fail?