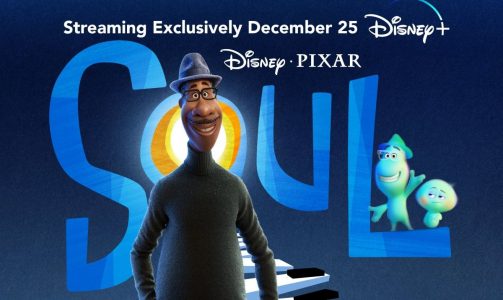 Sometimes we can search high and low for cutting-edge topics to engage our current students and attract newcomers. Thanks to Disney+, a new animated movie has arrived that will keep us teaching non-stop through Pesach and beyond. The NY Times movie reviewer A.O. Scott pinpoints the draw of Disney’s latest release, Soul:

“In about 100 jaunty, poignant minutes, “Soul,” the new Pixar Animation feature, tackles some of the questions that many of us have been losing sleep over since childhood. Why do I exist? What’s the point of being alive? What comes after? It’s rare for any movie, let alone an all-ages cartoon, to venture into such deep and potentially scary metaphysical territory…”

The film features a pianist named Joe Gardner who struggles to earn a living teaching music to middle-schoolers while hustling side gigs. On the day Joe is offered a promising full-time job, he falls down a manhole, leading to a coma and near death experience. Not wanting to die, he’s able to maneuver into “The Great Before,” a world of souls before one enters a body. With Disney magic, he manages to return to earth in soul form, trying to come to terms with the meaning of life and resuscitate his comatose self.

Mashable reported last month that Soul’s director (and now the overall Creative Director of Pixar), Pete Docter, decided to focus on life before life as opposed to the afterlife. “As we looked around, not many traditions, religions, whatnot, talk about a before life.”

Judaism in fact, has much to teach about “The Great Before.” The sefarim explain that there is an Olam HaNeshamas, a soul world, also referred to as Gan Eden, from where souls descend to this world. The Ohr Somayach writes in Meshech Chochmah on Parshas Shemos, that these unborn souls are on a very high spiritual level possessing great wisdom. Each soul actually chooses to live the life that is offered to them. Rabbi Yosef Kaufman explains, “According to the Zohar, each person chooses to be born in this world. Before each soul is brought into this world, G-d shows the soul what his life will be like and only after the soul says “Amen” and chooses that life, is he born. This means that each of us really did choose our life.” (See Sefer Beit Yaakov, Yaakov ben Mordechai Yosef Leiner.)

Moreover, Judaism teaches that each soul has a specific mission to fulfill, and if that person did not succeed in his first lifetime, he can be reincarnated to be given another opportunity. The Chevrah Lomdei Mishnah citing the Vilna Gaon’s commentary on Sefer Yona explain:

“In addition to the factual account of Yonah’s mission, the Vilna Gaon (throughout his commentary to Sefer Yonah) perceives an allegorical interpretation within the text. Yonah is the neshamah (soul), who is charged with a mission to fulfill in this world: perfecting himself. The neshamah boards a “vessel” to journey through this world: namely, the body. But the person tries to flee from G-d and avoid fulfilling His charge. Eventually, the individual is “swallowed up” and departs from this world, leaving his task unfinished. What happens after that? “And the Word of G-d came to Yonah a second time, saying: ‘Arise! Go to Nineveh … ’” (Yonah 3:1-2). The soul is sent back to earth, to finally accomplish its intended mission.”

Disney’s Soul is already among the top three streaming titles of 2021, earning the NY Times Critic’s Pick and a 96% Rotten Tomatoes rating. This is a propitious opportunity to offer a live Zoom series presenting the Jewish perspective addressing many of the existential issues raised by Soul. The following Olami Morasha shiurim can assist you to teach the myriads of Jews now inspired to explore, “Why do I exist? What’s the point of being alive? What comes before and after my life?”

Our Purpose in the World

This World and the Next World