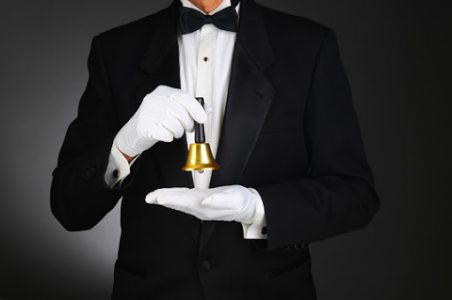 A riddle: If you’re stuck somewhere and you have no seforim with you, and you don’t know any Mishnayos by heart, how is it possible to still learn?  The answer is that there’s a lot that you can still learn, no matter where you are, and no matter what the circumstances are. Read the following mashal to understand:

There was once a king with a fantastic palace. He had many workers who served him in his palace. There was a baker, a gardener, a barber, a window washer, a piano player, a dog walker, a carpet sweeper, and a pool cleaner.  However, none of them actually lived in the palace. The only one who actually lived there was the butler, because he was needed for so many different things. However, this butler was very lazy. He really preferred to skip work altogether. But how could he not show up to work, when all of the other workers were always there? He would look bad!

But one day, the butler woke up and looked out the window. He saw that the ground was completely covered in a few feet of snow.

“Oh boy! That snow looks impassable! Nobody will come to work today!  Finally, I can have a vacation day! I’m going to sleep in. Then I’ll spend the day playing card games with myself. This will be so much fun!”

The next day, although most of the snow was still there, a small amount had melted. The butler looked out the window and saw the workers trudging through the snow on snowshoes and skis. They were headed toward the palace.

“Oh no!  Why did they have to come? Now I have to go back to work. Oh well. I’ll quickly run downstairs so that I can be the first one to report for duty. That way, I’ll gain favor in the king’s eyes.”

When the staff had assembled in the palace, the king spoke to them:

“I know how hard it is to travel in this terrible weather. I’m so grateful to all of you for your loyalty, that you made the great effort to come and be here today. I have a special reward for all of you!”.

And then, he went around the room, and gave everyone a gold coin.  Everyone, that is, except for the butler.

“Um, your majesty?  Aren’t you forgetting someone?”

“Oh yes, you.  Don’t worry, I haven’t forgotten about you.  Since I see that you like vacations so much, I’ve made a special arrangement for you to go on a free week’s vacation!”

“Where were you yesterday?  I needed you, and you didn’t show up!”

“But yesterday was a snow day!  Nobody came to work yesterday!”

“Who cares about the other people?  They couldn’t make it!  But you live in the palace!  You have no excuse!”