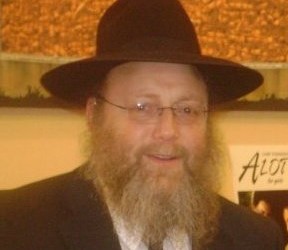 The petira of Rabbi Yitzchok Lowenbraun, Reb Itche, as we all fondly called him, is a sad moment. He was one of the most easily lovable, huggable people on this earth. He combined this with enormous dedication and productivity to the Klal. Reb Itche spent his early adult years on the front-lines through NCSY. In the last decades of his life, he headed AJOP, the Association of Jewish Outreach Professionals.

Until recently, the outreach community was much more united than it is today, and AJOP was the place where we would all show up to express this. Although the conference was not AJOP’s only activity by any means, it stood out as Itche brought together not only mekarvim but a dream-team of resources to empower us with Torah and inspiration. These included Rav Dovid Cohen, Rav Michal Twerski, Rabbi Dr. Abraham Twerski ZATZAL, Roshei Yeshiva and professionals from many different field.

When Itche took it over, AJOP was the organization no one wanted to lead, and no one wanted to fund, but Reb Itche turned it into a shining light. He was a man of dogged determination, sweet persuasion, phenomenal creativity and enormous passion. Reb Itche never spoke only with his mind. He always included his heart. Consequently, we would never just hear things from him. We would feel them as well. And we would be convinced that we wanted to do them.

Reb Itche felt the issues of intermarriage and assimilation very deeply. He was constantly looking at new ways of addressing them and sharing those ideas with all. Later, he started addressing issues of chinuch within the frum community, analyzing the situation with his usual astuteness, and finding solutions that no one had thought of before.

Reb Itche lived to give to others, to get behind them, to get mekarvim to network with others, to interface between the Kiruv world and the Roshei yeshivas to solve problems. He was tireless because he was driven. And, his energy infected us all.

My memories of Reb Itche are many. One of them was a beautiful Shabbos I spent in his and his rebbetzin’s home. It was so warm and spiritual and nurturing. I did not want that Shabbos to end.

גס ליבי בפרידתך. We will remember you, our dear, dear friend. We will miss you. We will continue to be nurtured by all that you gave us.