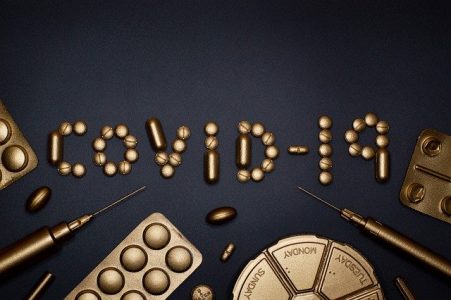 In what appears to be an unprecedented departure from a strictly factual, no-nonsense presentation of the news, the New York Times featured a story last week on the “importance” of sharing light gossip. What regularly features in Washington DC and LA papers is now poised to spread to NYC media as a purported means to facilitate the post-Covid transition to resocialization:

“As we re-enter civilization, it’s OK — maybe even necessary — to dish about people who aren’t present. If done in the right way… Gossip’s ability to drive “vicarious learning” and facilitate “social connection” was the subject of a recent study by scientists at Dartmouth’s Computational Social Affective Neuroscience Laboratory, published in April. Luke Chang, an assistant professor of psychological and brain sciences and director at the lab, explained that he and his co-researcher, Eshin Jolly, dug into the topic because gossip is ubiquitous but not well-studied. (They define gossip as communication about social topics involving self-disclosure and discussions about others.) “‘We found ourselves doing it all the time and were like, why do we do this?’ Mr. Chang said about the act of gossiping.”

To be fair, the Times cautions against the potential harm caused by gossip:

“This is not to say there are not extreme downsides to gossip, and that there aren’t horribly cruel ways to do it. At worst, it can facilitate xenophobia or bigotry on macro levels, and reinforce stereotypes about perceived ‘others.’ Even in more casual social settings, gossip can ruin reputations.”

As an antidote, the Times cites Buddhist codes that limit gossip to tidbits that are not harmful:

“Is it true? Is it kind? Is it beneficial? Is it necessary? Is it the right time?”

Nevertheless, Professor Chang concludes that there is a carte blanche to gossip about select individuals:

“But there are also OK ways to gossip. One of those is gossiping about celebrities, or powerful people that you don’t know. Celebrity gossip culture began to flourish in the mid-twentieth century, eventually mutating into its present form as a social media monolith, because — as we all know — it is entertaining.”

Had Professor Chang read the first Rashi in Parshas Shelach, he wouldn’t have been so accepting of saying lashon hara in general, nor about Moshe Rebeinu in particular, where it proved lethal for the meraglim and their adherents (as well as Korach and his followers):

“Why was the parsha of the spies juxtaposed with the parsha of Miriam? For she was punished for speaking derogatorily against Moshe Rebeinu, and the wicked spies saw what transpired and did need heed the lesson.”

The Torah contains a transformative understanding of the nature of speech as Rabbi Akiva Tatz explains,

“In Torah, words express essence because words are in fact the basis for the existence of those things which they describe: the world was created by G-d saying the words which themselves became the objects of Creation. In Hebrew, the word for a “word” and the word for a “thing” are the same – davar; all things in the world are in fact none other than Divine words crystallized into material existence. The words are the medium of Creation, and a correct grasp of the words is a correct grasp of the elements of Creation.”

Rabbi Yitzchak Berkovitz, Rosh Kollel of the Jerusalem Kollel and Rosh Yeshiva of Aish HaTorah describes the inherent power in using speech productively or the opposite:

“When one explores the mitzvah of proper speech, and the concomitant transgression of lashon hara, one fact becomes eminently clear: we are not dealing with business as usual. The cosmic repercussions of this issue are so intense that they have literally shaped the destiny of our people. It is hard to imagine that any religion would make so dramatic a statement as to say that G-d Himself had chosen not to sit in His home on this earth, that His people have been in exile for 2,000 years, because of the words that come out of our mouths.

“The power we wield when we speak is far beyond what we can perceive. Imagine going to an automatic teller machine at your local bank, inserting the plastic ATM card and making a simple transaction, only to be told upon exiting that you had actually just transferred $17 billion from the treasury of one country to that of another and left a devastating bankruptcy in your wake. We think we’re only exchanging a few words, when in fact we’re moving worlds.

“What we will find as we explore the philosophy and laws of proper speech is that what appear to be benign pieces of information are actually the tremendously potent key factor in our relationship to G-d and in living our lives as Jews. Lashon hara is so powerful, in fact, that it can erase the merits of a lifetime of Torah learning and mitzvah observance.

“Just as the negative consequences of speech can be so vast, the positive consequences of proper speech are even greater. The Vilna Gaon says that proper speech is the single biggest factor in determining one’s portion in the World to Come. The Chofetz Chaim tells us that adherence to these laws empowers our prayers, validates our Torah learning, accesses G-d’s Divine Protection and invokes the many blessings that G-d, in His kindness, is waiting to shower upon us.

“From this, it is clear that proper speech is so vital to our lives that it is almost life itself.”

Click below on the three Olami Morasha Syllabus shiurim addressing the power of speech, the destructive potential of lashon hara, and how it can be rectified.

The Stunning Power of Speech I: The Cosmic and Spiritual Dynamics of Speech

The Stunning Power of Speech III: Reclaiming the Air Waves