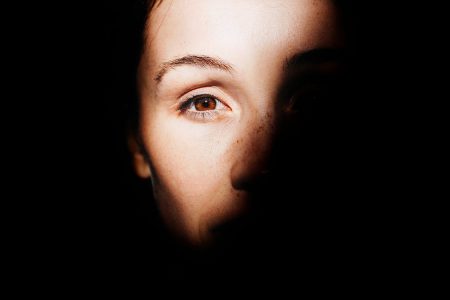 Several families were spending a few days in the north of Israel during Bein HaZemanim. They rented a group of cottages in the small Moshav of Safsufa. The group was made up of older parents and some of their married children. It was Friday afternoon, and everyone was beginning their last-minute preparations for Shabbos.

The children spent a few minutes in the pool before bathing and dressing for Shabbos. Suddenly, the radios of three of the family members came to life. All three of them are part of the 6000 selfless volunteers who make up the amazing organization known as Ichud Hatzalah (United Hatzalah). All services are provided free of charge to all people. Eli Beer is the founder of United Hatzalah.

When the orange phone-like GPS devices crackled to life, the three volunteers interrupted their vacation, donned their distinctive orange vests, and ran into the closest car to respond to the emergency call. The call came from Jish, a small town of 3,000 inhabitants, 65% Catholic and 35% Muslim. The town, located in the Upper Galilee, is about eight miles north of Tzefas.

There are no Jews in Jish. However, that is irrelevant as United Hatzalah’s services are available to all, regardless of race, religion, or national origin.

The trio of volunteer medics followed their GPS coordinates into Jish and onto the grounds of a Catholic Nursing Home. The nurses were all nuns and were unusually grateful to see the Jewish volunteers arrive. The nurses explained that the ailing patient was one of the few and far between Jews who chose to be in a Catholic nursing home. They directed them to the bed of an older woman who was dying. The Ichud members began to treat the patient. However, she was deteriorating quickly. As the men of the threesome tried desperately to keep her alive, the woman member of the trio, recognizing the dire situation, approached the woman’s face.

The Shema is the last thing a Jew is supposed to say before death. The Shema is not a petitionary prayer, nor does it praise G-d. Indeed, it is not a prayer at all but the proclamation of Hashem’s oneness. It is also an affirmation of Jewish identity and connection. Obediently, with tears running down both of their cheeks, the dying woman and her angelic friend recited Shema together. The woman then closed her eyes and said no more. The three medics sadly clocked the time of death and prepared to leave.

The nurses/nuns thanked the Jewish volunteers as they admitted that they would have given the Jewish woman Catholic last rites if they had not arrived. Suddenly, just as the Hatzalah crew were exiting, a woman breathlessly ran into the room.

Seeing the sheet pulled over the patient, she realized her mother had passed away. The woman began to sob. Attempting to console the grieving daughter, the woman member of the Hatzalah trio approached the sobbing woman and said, “Thankfully, I was able to stay Shema with your mother before she passed. She looked so happy that she had the opportunity to leave this world with Shema Yisroel on her lips.”

The daughter asked incredulously, “She said the Shema?”

The woman medic said, “Yes, is that surprising?”

The daughter related, “My mother was an old-fashioned dyed-in-the-wool labor Zionist. She insisted on being in a non-Jewish nursing home and had nothing ever to do with Yiddishkeit.

When I became a Baales Teshuvah, my mother said, ‘I am so upset that you left the true Zionist path, that I will never say, Shema, even on my death bed!’ At the time, I replied, ‘Imma, none of us knows how our end will be.’ And now I arrive here on the day of her passing and find out that you, a shaliach from Hashem, succeeded in having my mother leave this world with Shema on her lips! I have davened for this for the last twenty years. My tefillos have been answered; I can never thank you enough.”

I heard this story from the medics themselves, and I, too, was brought to tears. Yet, my tears were not just for the amazing story itself. My tears were also emotional tears of joy. You see, the two male medics were my sons Meir and Tuvia and the woman medic who said Shema was my daughter-in-law Nechama.

How could I not have cried?