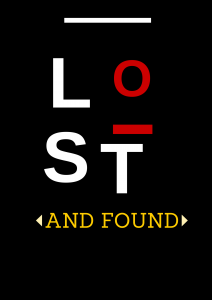 Lawrence Bernstein (name changed) was born to Holocaust survivors in the East Tremont Section of the Bronx in 1951; the family davened by Rabbi Moshe Bick Zt”l on East 169th Street. Lawrence knocked on my door on Erev Pesach minutes before I was about to sell the Chometz. Larry was obviously a not-a-regular and I had no time on such a busy day to ‘chap a schmooze’. He said he was here to “sell me his hoometz.”

I had him fill out the form, wished him a good Yom Tov and escorted him to the door. As he was leaving, Larry turned and handed me a small siddur. “Maybe you can use this? It has been sitting in my home for 41 years.” I’m used to people ‘dumping’ their unneeded ‘Shaimos’ at the Shul and as I glanced through the worn pages I was about to tell him we don’ t accept ‘donations’ of used books, when something about the small siddur caught my eye. On the inside cover was an inscription by a grandmother to her grandson written almost 55 years ago.

My interest was piqued and I asked Larry where he got this Siddur. “As a child in the Bronx, the only day we went to Shul besides Rosh Hashanah and Yom Kippur was the day before Passover. My father would schlep me out of bed to attend a service with cookies. He would then approach the rabbi, talk to him in Yiddish and then pick up the corner of his garment. My father said this had to do with ‘hoometz’”.

“Anyway, in 1973 when New York was a dirty, decrepit, declining city, I was riding the IRT from 177th Street and suddenly a menacingly looking man approachec me and showed me this small book. “What is this?” he asked me. I told him it was a prayer book. He asked me if I wanted it, I said yes.

“A week later we made our annual pilgrimage to the Shul and I decided to bring my book with me. I asked Rabbi Bick what to do with it. In broken English he said, “Hold on to the book, “You never know, one day you may return it to its owner.”

“I soon forgot about the prayer book and placed it in a box. Fast forward 41 years. Last night I could not sleep. I decided to leaf through some old photo albums and I came across a picture of me and my parents on the day before Passover. Every year my mother would photograph the family right before the Seder. In the picture, I am holding my green little prayer book proudly.

“Suddenly I felt a pain of nostalgia for my father and my youth. I have not attended synagogue on Passover eve since my father passed away 28 years ago. I called my friend Bernie whose son became, how do you call it? A Bale Shumuva? You know what I mean; a born again Orthodox Jew. Bernie’s son lives in Passaic. He told me about your shul and the schedule of services. So this morning in honor of my father I came to Shul to do the “hoometz thing.”

“As I am leaving the house I noticed the green siddur and I decided to bring it with me. So Rabbi, do you know whose book this is?” I look at the man whom I thought I was doing a favor and I look at the inscription on the siddur. I know very well whom this siddur belongs to. 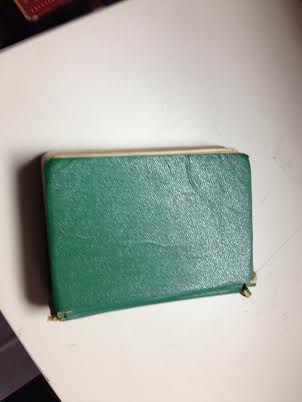 “Larry, this siddur is mine. I left this is Siddur on the IRT two weeks before Pesach in 1973; Larry this siddur was given to me by grandmother almost 55 years ago.” Larry looks at me and I look at him; we are speechless.

Larry breaks the awkward silence, “I guess that Rabbi Bick was a smart man; I did return it to its owner. It took 41 years, but, I did it!” I am dumfounded and say nothing; and as I lovingly open the siddur, the first words I see are “Return us our father to serve you.” 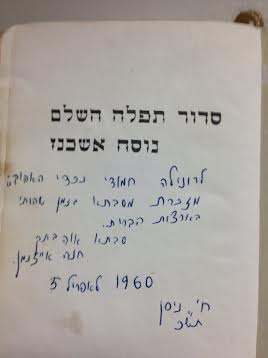