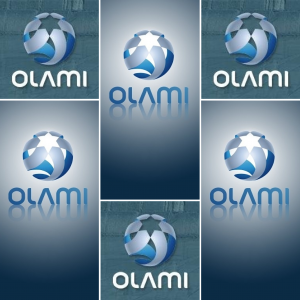 In a very symbolic location, Givat haTachmoshet, Ammunition Hill, site of one of the fiercest battles of the Six Day War in 1967, outreach rabbis and rebbetzins gathered July 8-9 for a historic occasion (there was even an iPhone app made for this event).

They were there to launch a new organization, Olami.

Ten years ago a worldwide campus and young professional effort to reconnect Jews to their heritage, their faith and their land was launched by a few benefactors, including Mr. Zev Wolfson, a’h and Mr. Elie Horn.

Now Olami has been created to unite the effort of institutions in over 300 locations around the world to secure a vibrant, engaged and knowledgeable Jewish tomorrow. Outreach leaders from Israel, Europe, North and South America attended. Mr Elie Horn and Mr. Aaaron Wolfson, Zev’s son, were there.

After an inspiring movie and introduction by Rabbi Menachem Deutsch, founder of the Atlanta Scholars Kollel and now CEO of Olami, Rabbi Moshe Shapira gave a dvar Torah.

Dalit Stauber, former General Manager of the Israel Ministry of Education and now advisor to Olami, gave an overview of the mission of Olami. Other speakers included Marshall Haber, who spoke about the concept of branding Olami, as well as Rabbi Avraham Edelstein and Rabbi Raphael Butler.

Mr. Horn then gave the most powerful speech of the conference. He quoted the numbers of Jews worldwide before and after the war. He said that with normal population growth, there should be 60 million Jews alive today. Instead, there are only 13 million. The rest have been lost to intermarriage and assimilation. Reminding us of our sacred obligation, he begged us not to give up, but to fight harder, not to let our enemies be victorious, but to redouble our efforts to save Jews. We will be held accountable, he said. We cannot be complacent.

The historic occasion was captured with a group photo at the Kotel, followed by a tour of a part of the Kotel tunnels that have not yet been open to the public. This included a former stable that has been restored and was turned into a grand dining hall for the evening. Rabbi of the Kotel, Rav Shmuel Rabinovich and Chief Rabbi or Rechovot, Rav Simcha Kook of Rechovot spoke. Aaron Wolfson and Elie Horn spoke. A touching moment occurred when Mr. Horn asked Aaron Wolfson, as our leader, to give the assembled group a bracha. Mr. Wolfson in turn responded by saying Mr. Horn is the true leader, the true inspiration.

The evening culminated with a hachnasas sefer Torah at Sultan’s Pool, l’iluy nishmas Zev Wolfson. It was arranged by Nefesh Yehudi, the Israel campus outreach organization. Mr. Wolfson spoke about his father and how he loved the Jewish people because he loved Hashem. Mr. Horn drew a rousing standing ovation as he called for everyone to stand up and shout ‘Netzach Yisrael’ over and over again. Over 3,500 people attended, many of them bussed in from the south, amidst rocket fire. In fact, towards the end of the evening, a security person came on stage to announce that due to a rocket having fallen outside Yerushalayim, the concert was being cancelled.

It was a stark reminder of the real battles we face today.

With the words of Mr. Horn, “We will be held accountable” and “Netzach Yisrael” still ringing in their ears, and as the new school year approaches, mekarvim around the world, stand ready to spread Torah and holiness, one student at a time

Rabbi Zev Kahn is better known in the Chicagoland area as the “Rugby Rabbi” from his days as a former Maccabi Games Gold Medalist. Originally from Port Elizabeth, South Africa, Rabbi Kahn came to Chicago after spending six years in Jerusalem, Israel. There Rabbi Kahn was enrolled in an advanced Torah learning program at Yeshivas Ohr Somayach, where he obtained his rabbinic ordination and participated in various programs for students from around the world. The Kahns moved to Chicago in 1998, and in 2005 Rabbi Kahn founded JET (Jewish Education Team). He and his wife, Hilary, a native of Los Angeles, live with their four children in the West Rogers Park area of Chicago, Illinois.