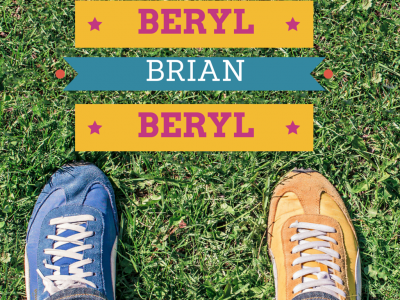 Editor’s note: This vort is about me and about you. You may recognize certain people in this vort and you will think you know who they are. And you may be correct; however, equally correct is everyone else who is ‘sure’ they know the person I am referring to. The truth is that I am referring to everyone and to no one; to you and to me; to us as a whole. If you recognize yourself in this article, you are truly blessed.

He was named Dov Ber at his Bris, however, everyone called him Beryl. He was the ninth of eventually eleven children, the youngest boy of seven brothers and his oldest sister already had two children of her own when he came into the world. His family was one of the jewels of their neighborhood. The father, Rav Simcha, was an accomplished Talmid Chochom and was well respected for his insightful Torah thoughts and was often asked to speak in the local shul. He was now a rebbe in one of the local mesivtas and he had high hopes for Beryl, as he did for all his children.

Rav Simcha had good reason to be hopeful; all Beryl’s six brothers were either ‘holding in learning’ or were already regarded as budding Talmedei Chachomim. Despite the established family track record, and notwithstanding the cliché, ‘The apple doesn’t fall far from the tree,’ Beryl, already from an early age, never displayed the same enthusiasm to learning as was anticipated. He preferred tinkering with tools than thinking about the Talmud and when he reached Bar Mitzvah he preferred pushing a plunger than polishing up hispshetyl. Needless to say, his parents, particularly his father, was frustrated with “Beryl, the budding plumber” as opposed to one plumbing the depths of a difficult sugiya.

Rav Simcha and his wife began to take their son to various ‘educational experts’; however, they were little or no help. Beryl was Beryl and as he entered his middle teens, he struggled more and more in yeshiva. Perhaps words were said which never should have been; perhaps voices were raised when they should have been lowered; and perhaps feelings were hurt when healing should have occurred. Whatever the reason and without pointing fingers, by the time I met Beryl he was now known as Brian and suffice to say he had drifted far from the pshetyl peroration days of his youth.

I met Brian when he came once for Shabbos to Passaic. He was actually quite helpful when he ran into me outside of my office and helped me carry in some seforim without even being asked to. I forgot about Brian until I received a phone call from Rav Simcha about two months later requesting an appointment. Later that week Rav Simcha and his wife were sitting across from me in my office. I was immediately impressed by their sincerity and their concern for their son. I realized that they wanted their son to be happy and to be living a Torah true life and they were willing to do almost anything to achieve that goal.
They had spent thousands of dollars on private tutors and on sending him for a year to a yeshiva in Eretz Yisroel for ‘kids at risk’ – and were not giving up. I asked them why they were coming to me as they did not live in Passaic and we had never met before. The father replied that he enjoys my articles in Mishpacha and considers me a sensitive person. I replied that words can be deceiving and I possessed neither the insight to offer any creative original ideas and I certainly had no rabbinic wand to wave and make their problems disappear. “We understand – however, will you at least hear us out?”

I listened as they told me how much love and attention they had wrapped Beryl in and no matter what he needs – “He knows that we will be there for him.” I listened and asked just one question: “I know that Beryl knows that you love him and will do for him whatever it takes for him to be like you. However, does he know that even if he does not ‘end up’ like you, that you will still always accept him and love him just as any of your
other children?”

“Are you suggesting that we settle for a non-Torah lifestyle for our son?”
“I never said that, I just asked, does he know that whatever he will be will always be valued by you?”

A month passed and Brian’s mother called me. She did not tell me that Beryl is back in a nearby yeshiva learning twenty hours a day or that he had regrown his payos and is now in Eretz Yisroel ‘shteiging’ away. She said, “We took your advice and began to accept Beryl for who he is and stopped attempting to make him into a clone of his father. Beryl’s birthday was last Sunday, June 14th and although we always buy our children seforim for their birthdays, we went to the hardware store and bought Beryl a power drill which we knew he had his eye on for a while. That was in the morning. In the afternoon Beryl called us up and asked if he could come over; he hadn’t asked to come over in months. When he arrived in the house he said, ‘Thank you so much for the drill. I also have something to give you. I bought Abba a little present.’