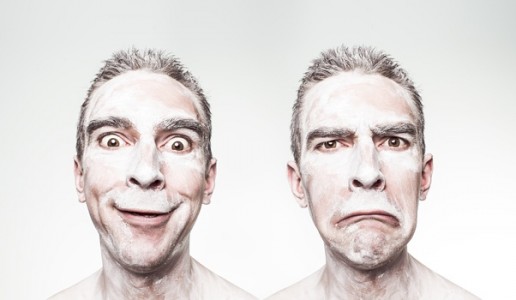 *Note: The following is about no one is particular and is about everyone. It is not about anyone you know or anyone you may think you recognize; however, it is about you and about all of us. The character is totally fictional, yet accurately portrays a real person.

For most of us, our lives are defined by times of happiness and tranquility mingled with what are hopefully minor interruptions of unrest. However, how would we cope if the majority of our days were anxiety-laden and filled with stifling stress and heart-wrenching emotional agony?

Welcome to the world of Hilda Morgenstern (name changed). Hilda, who recently ‘celebrated’ her 74th birthday, is such a person. Hilda came from the embodiment of a dysfunctional home. Her father was an absentee parent and he battled debilitating addictions the majority of his adult life. Her parents finally divorced when she was 13 and she spent six years shuttling between parents in Borough Park and Bensonhurst. She admitted to me that she married young in order to extricate herself from her nightmarish life. However, as she would always add, “That wasn’t too smart, as I jumped from the frying pan to the fire.”

Her husband was a tyrant in the house. He was intimidating and demanding and highly critical of how Hilda was raising ‘his’ children. They had two girls. The older daughter, Naomi, lives in Eretz Yisroel and has a wonderful husband and three beautiful children. The younger daughter, Sarah, is a ‘clone’ of Hilda. She too married an abusive man, only to get divorced and to be left with two children, both of them emotionally and physically challenged.
Every morning, Hilda Morgenstern takes a bus and a subway to Brooklyn from New Jersey to help out Sarah. Hilda has no respite as her days are filled with traveling and helping her daughter cook, shop, do laundry, pick up the kids after their therapy appointments and putting them to bed. She arrives back in New Jersey after 10PM.

One Shabbos afternoon, Hilda arrived at the Pirkei Avos shiur a few minutes earlier than everyone else. I wished her a ‘good Shabbos’ and she replied with a big smile, “Good Shabbos to you.” I could no longer contain myself and asked, “Hilda, what’s your secret? How do you always remain chipper and upbeat? You have faced so many of life’s challenges, yet you continue to smile; how do you do it?”

Hilda Morgenstern straightened up to her full height of 5 feet 2 inches and proudly said, “Rabbi that is exactly the point.” I was confused so I asked, “What is the point?”

“The point is that precisely because I have challenges I know my life is worthwhile. Would Hashem challenge someone who He thought was not up to the task with all of the trials I have? As long as Hashem keeps challenging me, I know I have a purpose in this world. I may not have paid a penny for these ‘tests,’ however, I would not trade them for a million dollars because they are the proof that my life has meaning. Do I sometimes wish I was on the boardwalk in Miami with some of my friends playing Mah Jong? Of course I do. Yet, at the end of the day when I get home after 10PM and fall into bed exhausted, I know I have made a difference in someone’s life today. That to me is the greatest joy of all.”
We began studying Pirkei Avos that afternoon reading from Mishnah 4:1, “Who is rich? One who is satisfied with his lot, as is stated (Psalms 128:2): ‘When you eat the toil of your hands, you are fortunate and it is good for you.’ ‘You are fortunate’ in this world; ‘it is good for you’ in the World to Come.”
As I read the words I snuck a quick glance at Hilda Morgenstern; a slight smile appeared on her face, and I realized Hilda Morgenstern was one of the richest people I had ever met.