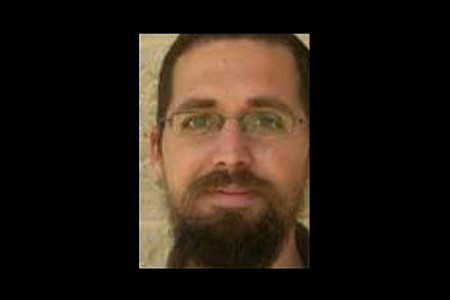 The headlines informed us of the cold blooded and calculated murder of Rav Eitam and Na’ama Henkin zt”l who were killed as their four children sat in the back seat of the vehicle. There are no words of consolation I can offer to the orphans.

We must at least attempt to appreciate what we had and what we lost and where we go from here. The Henkin family of which Rav Eitam was a proud member (see his erudite Torah blog at: https://eitamhenkin.wordpress.com/ – thanks to R’ Micah Berger for the source) is well known in the Torah world.

R’ Eitam’s great-grandfather, Rabbi Yosef Eliyahu Henkin (1881-1973), was one of the prominent poskim in America (along with Rav Moshe Feinstein zt”l) from the time of his arrival in America in 1922 until his death in 1973. R’ Eitam’s father is Rabbi Yehuda Herzl Henkin (born 1945) who is author of the responsa Benei Vanim and an Orthodox posek who lives in Yerushalayim.

The family has been serving Klal Yisroel as Rabbonim and Torah teachers for many, many years and the loss of R’ Eitam who continued the family tradition is certainly a blow to all Torah Jews. When I was younger, I recall the name of Rav Henkin being quoted many times for halachik opinions, especially with regard to the laws of Eruvin.

I once asked one of my Rebbeim, “How was it that Rav Henkin, who came from Klimavichy, Belarus, (then in the Russian Empire), a shtetl with not more than a few thousand Jews, was able to become a world authority on Eruvin especially dealing with New York City, one the biggest cities in the world?”

My Rebbe told me that Rav Henkin was once on his was to study at the Slutzker Yeshiva headed by Rav Isser Zalman Meltzer zt”l; however, he was delayed in his journey because of lack of funds and he was forced to remain in a tiny shtetl for almost a year. During that year he slept in the local shul and took meals wherever and whenever he could find them.

The shul did not even have a complete Shas, just a few Masechtas which were worn and the pages were ripped and tattered. Except for Masechta Eruvin; because of the difficulty of the Masechta, Eruvin was almost in pristine condition and there was never even any competition for it.

Rav Henkin decided to make the best of his difficult and disappointing sojourn in the tiny shtetl and in the 12 month period he was there, he studied Masechta Eruvin 16 times until he knew it by heart with all the commentaries.
Only half a century later when he would find himself in what was then the largest Jewish community in the world, would he realize how critical and important it was that he was ‘stranded’ for those 12 months in the little shul. What initially was seen as an ‘unfortunate event’ was eventually an extremely fortunate and positive part of his life. 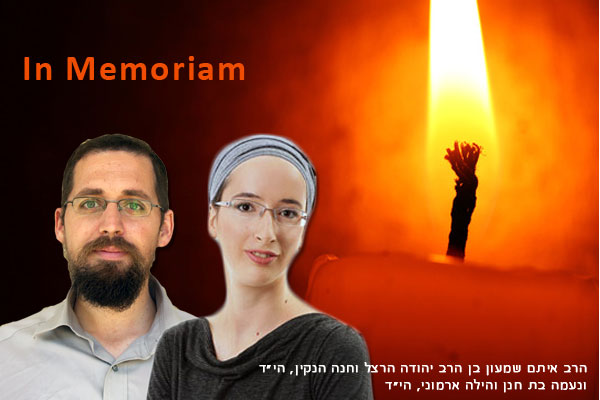 I cannot tell you that in our lives we will be able to realize the ‘positive’ aspect of the chilling and horrific murder of Rav Eitam Henkin Hy”d and his wife Hy”d, however, I can tell you that somewhere and someway there is a plan and there is a Planner.

Here’s a link to The Nishmat Memorial Fund for The Henkin Parents.