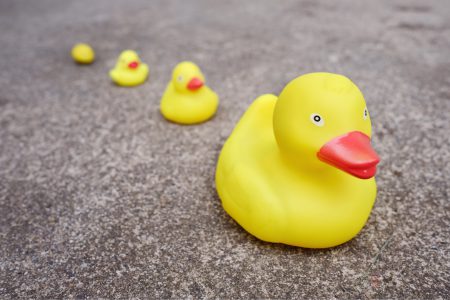 Pesach commemorates the redemption of a band of Hebrew slaves from extended, torturous Egyptian bondage. We sit around a regal table as kings and queens, as we recall our ancestors’ transition from servants to freedmen and celebrate their glorious fate on that special date some 3,300 years ago.

However, the holiday is not intended to simply be a historic commemoration of a bygone era. Instead, we are admonished to view the experience as if we, the present edition of our ancient nation, are personally leaving a land of oppression for a new life. “A person is obligated to see himself as if he were leaving Egypt.” (Pesachim 116b)

A number of questions arise from this mitzvah as well. First, what exactly is the nature of this obligation? In which specific respects are we to attempt to “relive” yetzias Mitzrayim?

In addition, even if we were to clearly define the exact obligation, is the expectation realistic? Can we really view ourselves, living as we do in a free country, with great liberty and freedom, far removed from the abject suffering of slavery, as if we are leaving Egypt? How then do we go about achieving a meaningful connection?

I would like to answer these questions homiletically, by suggesting an alternative explanation for the words of Chazal. Instead of understanding our obligation at the seder as being simply one of reliving yetzias Mitzrayim, let us substitute the word “meitzarim”, meaning straits or confinement. In our new version, the mitzvah reads: “In each and every generation a man is obligated to see himself as if he has left behind his personal confinements.”

One such confinement, or limiting belief, comes from the feeling of rejection. The Hebrew slave nation experienced a sudden transformation from a state of perceived rejection (Is God ever going to take us out of here? Did He leave us here to rot in turpitude slavery forever?) to one of miraculous redemption, complete with supernatural miracles and newfound glory. If we are to take a stab at replicating that ancient experience we may wish to spend some time considering our own transitions from rejection to redemption.

We have all tasted the bitter pill of rejection. There was the time that we were not selected for the school performance or failed to make the basketball team. We know what it’s like to be kept out of select social cliques or told “no” by the person with whom we sought a relationship. Not every school that we applied to accepted us; nor did every would-be employer. Perhaps we even had the misfortune of being rejected by an employer, or worse, a spouse or family member.

Rejection is one of the worst feelings that a person can experience. When we are rejected we feel unwanted, unloved and perhaps inadequate. These emotions and thoughts cut at our very essence, leaving us with questions about our true worth and capabilities. We fear moving forward (who is to say that we won’t be treated similarly in the future?) and tend to hunker down in some form of anger-driven self-pity, blaming others, circumstances, and the like for our misfortune.

Pesach teaches us that the best way forward is to not get pulled down by past troubles. If there is something to learn from the experience (and there always is) then by all means do so. But we cannot achieve, let alone thrive, if we are to spend all of our time and energies thinking about what could have been or who did us wrong. We must be able to be forward thinkers, using every new experience and opportunity as a path to move forward and grow.

I would be the last to suggest that such a mental transformation is simple. The Torah underscores this by sharing that the Hebrew nation repeatedly demonstrated their “slave mentality” after they had left their land of bondage. Time and again they pined for a return to oppressive Egypt rather than endure the new challenges that they faced in the Sinai desert. Moses had to continually remind his nation of God’s love and munificence in order to move them forward.

Still, what kind of life do we live when we are filled with bitter resentment and refuse to move forward and embrace new opportunities?

In order to emerge healthy and whole from a challenging experience, one in which we felt hurt, unappreciated and perhaps even hated, we need to study the causes. Assuming that we really had something to do with the rejection in the first place, what could we have done differently? What can we do in the future to experience better, more positive outcomes? But sometimes the outcome really had nothing to do with us, or was simply a matter of timing or need. Some of the world’s most accomplished and capable people were rejected for the pettiest of reasons, before (and perhaps even after) the greatness was made known.

To be free is more than a physical state; it is a mindset first and foremost. We cannot necessarily choose what others’ reactions and decisions will be but we can choose our behaviors and our responses. At this time of freedom, the best choice is the one that only you can make, which is a choice to live your life to the fullest, in perpetual growth mode.