OLAMI Resources   /   Featured Posts   /   Don’t Lose Sight of the Person through the Genes: Preparing for Shavous, including Free NLE Shiurim 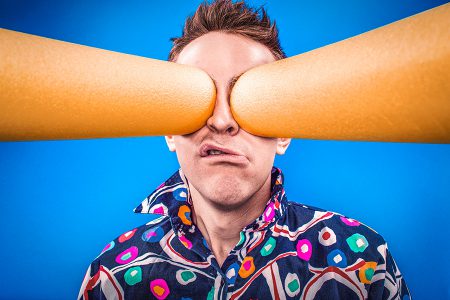 The New York Times reported this week an “enormous success” by researchers in the genome-wide association study identifying genes connected to intelligence:

“In a significant advance in the study of mental ability, a team of European and American scientists announced on Monday that they had identified 52 genes linked to intelligence in nearly 80,000 people. These genes do not determine intelligence, however. Their combined influence is minuscule, the researchers said, suggesting that thousands more are likely to be involved and still await discovery. Just as important, intelligence is profoundly shaped by the environment. Still, the findings could make it possible to begin new experiments into the biological basis of reasoning and problem-solving, experts said.”

How does a Torah observant, scientifically-informed individual relate to the latest results of genome-related research that ignores the soul, Divinely infused human potential and free will?

Rabbi Avraham Edelstein’s Science and Torah enables us to understand the Jewish perspective on Torah and science:

“Science has been highly successful in improving mankind’s lot in multiple ways, including quality of physical life and life span… In principle, Judaism is pro-science – it is a part, not only of our physical realities, but often of our halachik realities as well. Having said that, there are certainly conflicts between the Torah position and individual theorems of science. Even theories that are touted as great reconciliations with religion, such as the Big Bang, are not flawlessly in harmony with Judaism. But the remarkable thing is that science, in almost every area, seems to be moving closer and closer to what Judaism has been saying all along…

“However, there are two more serious areas of conflict between Judaism and science. The first has to do with the fact that science is essentially a secular paradigm. Many scientists comfortably believe in G-d but would never dream of invoking Him as a part of their scientific explanations. G-d is outside of the acceptable parameters of science. Formally, science is neutral vis-à-vis religion. But the idea that all of nature would be discovered, without seeing G-d permeating every element, is highly problematic as is demonstrated in this book.

“The second problem is the fact that science moves so rapidly that it tends to create facts on the ground without a full exploration of the moral and ethical implications it brings. Ethicists are always playing catch-up with science, always coming from behind. In some scientific circles, progress is always welcomed as being good although many have recognized the seriousness of the current situation. Our belief is that, in the Messianic era by the latest, science will undergo a radical revolution, a paradigm shift, which will bring G-d into the picture, will subject itself to Torah ethics, and will allow science to bathe in its true glory as a handmaiden of the Torah.

Based on Rabbi Edelstein, we should utilize modern science, welcoming it’s advancements, all in the framework of Jewish halacha and ethics. So on the one hand, we embrace the recent findings of the genome hoping we can gain greater understanding and tools to develop our thinking and processing abilities, to make significant contributions to education, business, welfare, etc. On the other hand, we need to remember what is ultimately the essence of a human being, as is highlighted in the NLE Morasha shiur on Caring for the Jewish Soul:

“Today we’re going to talk about the soul. But before we begin, I’d like to take an informal survey, so I can get a better idea of where you’re coming from. Please raise your hand if you believe you have a soul …[many will raise their hands]. Wow! That’s amazing. Look around the room and see how many people are raising their hands. But you think I’m saying it’s amazing because I’m a rabbi/educator, and it’s my job to convince people they have souls. Actually, the opposite is true. Let me be the first card-carrying rabbi/educator to tell you that you do not have a soul. You think I’m joking, but I’m completely serious. Judaism states categorically that you do not have a soul. Rather, you are a soul, and you have a body. This is not mere semantics. It is this subtle confusion that is at the root of many of our misunderstandings in life, in relationships, as individuals, and as a society. And when I say confusion, I mean confusion. My asking you if you have a soul should be like my asking you if you have a person. You should be like, what are you talking about? I am a person. Our essence is soul. We are soul before we are born; we are soul after we die. And for the short time we are on this planet, we are soul fused with a body. Once we get this distinction clear, all the pieces of Judaism – and of our life – will fall into place.”

Integrating the soul perspective is just what is needed to prepare for Shavous. Rabbi Shlomo Wolbe questions in Parshas Bamidbar (Rav Wolbe on Chumash, Artscroll/Mesorah pp. 255-257), why did Moshe, Aharon and all the leaders need to be present during the population census? Just send collectors to accumulate the half-shekels to determine the population? The Ramban explains that when each individual contributed their half-shekel, the leaders personally asked their name and then blessed him that he succeed in his endeavors:

“Moshe would penetrate into the deepest recesses of each person’s soul in order to give an appropriate blessing for success. Afterward Aharon and the leader of his tribe would also bless him individually.”

Can you imagine what an impact this riveting experience made on each person! Rabbi Wolbe explains that this process enabled him to help appreciate his self-worth:

“Every person needs to know that he has importance. Not an imagined importance that he ‘considers himself as special’… rather a deeply profound importance that is even shocking. The Talmud states, ‘Each and every person must declare, “The world was created for me” (Sanhedrin 37a). Rashi explains that this means I am considered as important as the entire world …

“Like the entire world” – This is the one-time life experience of a particular person – there was never a person like him and nor will there ever be a person like him throughout history. I, with my special character strengths, the child of my parents, born at a specific time period, and in a certain environment – certainly there is a unique challenge that is placed upon me. I have a special share in the Torah, and the entire world is waiting for me to actualize that which is incumbent upon me. For my role cannot be exchanged with anyone else in the world!” (Alei Shur, Vol. I, p. 168)

With this appreciation, Rabbi Wolbe recommends how we should prepare for Shavous:

“As an introduction to Kabbalas HaTorah Hashem told Bnei Yisrael [Shemos 19:6, see Rashi] ‘And you will be for Me a kingdom of priests (i.e., dignitaries).” Every Jew is a dignitary with responsibilities and an elevated status, no different from a dignitary in a government. It is with these feelings that Bnei Yisrael prepared themselves to receive the Torah, and it would be beneficial for us to try to emulate these feelings as well.”

Shavuot I: What Does Shavuot Commemorate? & The Eternal Impact of Ma’amad Har Sinai