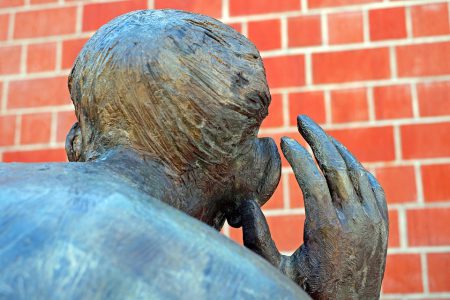 If we were supposed to talk more than we listen, we would have two tongues and one ear. Mark Twain

At the beginning of my principal tenure I was heavily criticized for rushing into decisions without getting sufficient input and feedback. I had been under the clear impression that certain changes needed to be made quickly in order to gain the trust of the board that had hired me. I had also heard from many teachers and parents who were eager to see improvements in various areas of school function. However, in my haste to be a change agent I acted too quickly too often and soon developed a reputation for being a unilateral decision maker. It was a moniker that I would continue to deal with, even as I took great pains to become more open and collaborative.

To succeed in today’s business world, leaders must be proactive, skilled listeners. Leaders who make themselves accessible for conversation and listen regularly are well-informed of the goings on in their workplaces. They better understand others’ opinions and attitudes and are able to take this information into consideration when making decisions.

There are other benefits to listening well. One is building trust. Effective listening conveys a sense that the leader cares about her people, their thoughts, opinions and concerns. A leader also builds stronger commitment within others when people feel that she cares about them personally as well as in how they fit within the organization.

What can leaders do to become better listeners and gain the feedback, confidence, support and buy-in that they seek?

Always be careful to maintain an appropriate distance between you and the speaker. Being too close may communicate pushiness or lack of respect. If you remain distant, you may be seen as cold or disinterested. Body postures matter too in most cultures. The crossing of one’s arms or legs often conveys close-mindedness.

I remember once listening to a talk on communication. The speaker, who we’ll call Mr. S., was a well-known life coach and communication expert. Mr. S. recalled his early days on the job as a program coordinator for a large educational organization that required that he meet often with principals.

Mr. S. met with two principals in short succession. One was gracious and well-meaning. He allowed for a lengthy conversation but was continually interrupted by phone calls and other matters. Though they spent an hour together, the meeting felt short and unproductive. In the next school, he had to wait for a while and was given but a few minutes with the principal. The man apologized for his lateness and brevity, but made sure that during their time together Mr. S’s agenda was fully heard and responded to. It goes without saying that Mr. S. felt significantly more validated by the second man, despite the wait and their short time together.