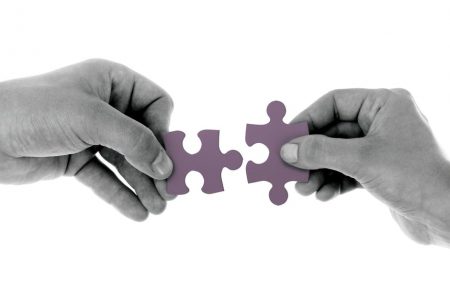 Chanukah means consecration. During the eight days of Chanukah, we commemorate the miraculous rededication of the Bais Hamikdash by the Chashmonaim in 165 BCE, following three years of contamination at the hands of the powerful Seleucid Greeks.

Chanukah, however, can also be understood as education, the process of consecrating a child for the holy ambition of a Jewish “chinuch.” In this I refer not solely to the transfer of information and ideas, but rather the inculcation of a way of life, a standard of principles and life-shaping ideals that will guide a child to remain on the proper path well into their adult lives.

Chinuch, thus, is a topic that deserves special attention during Chanukah, particularly when we consider that the very essence of Jewish education was threatened at that time by a materialistic, Hellenistic cultural “darkness” that outlawed the study of Torah and the observance of mitzvos at the pain of death.

Below are some educational strategies that parents can use to help their children develop and blossom.

1. Spend quality time with your children – Studies suggest that parents today, particularly fathers, have more face time with their children compared with their counterparts from decades past. But they also find that the same technology that allows parents to spend more time at home is simultaneously blurring the lines between work and personal life, and distracting parents from the “family time” children so desperately crave.

A story is told of two roshei yeshiva from the same area who, by virtue of their communal roles, were invited to many of the same simchos. One, who we’ll call Rabbi A, typically arrived first and stayed later. Rabbi B would come for shorter durations. Yet, Rabbi A sensed that when his counterpart would get up to leave after his brief stay, the baal simcha would smile and thank him profusely for his attendance. In contrast, when Rabbi A departed he was often greeted with a question as to why he was leaving so early!

He presented his dilemma to Rabbi B who shared the following response: “You spend more time at each simcha, it is true. But it’s clear to everyone from the time that you arrive that you’re counting down the minutes until when you can leave. You sit off to the side and learn or attend to other matters. Though you’re at simchas for more time, your presence isn’t felt.” He continued, “I may not spend as much time in each simcha, but when I come I am fully engaged. I dance, sing, smile and genuinely participate. As a result, everyone, even the baal simcha, knows that I was there.”

As this story illustrates, there is a huge difference between spending time with your children and offering them quality time. How can parents avoid becoming fragmented during their at-home hours to ensure more focused time with their children?

One successful strategy is to set strict professional limits whenever possible. Tell associates or clients how important family is to you and that you will complete the work or respond later.

Also seek to spend personalized time with each individual child on a regular basis. That time should be irrevocable, unless previously discussed and rescheduled. Children should know that barring any uncontrollable circumstances, they will receive the personal attention that they so strongly crave at the time when they expect it.

2. Be a great listener – It is so important that parents really give their children a listening ear. With so many things competing for our time, it can be easy to half-concentrate on conversations, which, if properly developed, can share some important insights or simply deepen the parent-child bond. Here are some strategies that promote better listening:

I remember once listening to a talk on communication. The speaker, who we’ll call Mr. S., was a well-known life coach and communication expert. Mr. S. recalled his early days on the job as a program coordinator for a large educational organization that required that he meet often with principals.

Mr. S. met with two principals in short succession. One was gracious and well meaning. He allowed for a lengthy conversation but was continually interrupted by phone calls and other matters. Though they spent an hour together, the meeting felt short and unproductive. In the next school, he had to wait for a while and was given but a few minutes with the principal. The man apologized for his lateness and brevity, but made sure that during their time together Mr. S’s agenda was fully heard and responded to. It goes without saying that Mr. S. felt significantly more validated by the second man, despite the wait and their short time together.

3. Make it personal – Education cannot work if it’s of the cookie-cutter variety. The educational world has woken up to the fact that one size does not fit all and that we need to differentiate our instruction if we are to reach and properly educate each child. The same holds true for parents. We need to be mindful of the needs of each of our children and develop approaches that can help them all shine.

Rabbi Samson Raphael Hirsch, in his essay “Lessons from Jacob and Esau” (Collected Writings, Vol. VII, pp. 323ff), suggests that it was an error in how these two lads were educated by their parents that resulted in the fundamental struggle that would ultimately ensue.

Jacob and Esau alike could have been preserved for their Divinely-ordained destiny as descendants of Abraham if their parents would have noticed the difference between them at an early age. They could then have reared and educated both lads for the same goal by following a different approach in each case, taking into account the fact that these two brothers were basically different from one another. Because, unfortunately, an identical approach was followed in the rearing and education of these two boys, even though they were two totally different personalities, Jacob and Esau in manhood developed attitudes toward life that were fundamentally opposed to one another.

According to Rav Hirsch, Yitzchak and Rivkah failed, as parents, to educate each child “in his own way.” They did not, as we say in modern educational parlance, differentiate their children’s instruction, to properly identify and work with the differences between their twin sons. Had Yitzchak and Rivkah studied Esav’s nature more intently and asked themselves how even an Esav, with his own set of skills and desires, could be won over for avodas Hashem, world history may have looked much different.

Every child possesses a different mix of learning styles, abilities and interests (see Malbim to Mishlei 22:6). It is necessary for parents to guide children according to the path that their inclinations and abilities dictate (Ralbag, Ibid). Our goal must be to capture the child’s essence as much as his intellect.

4. Focus on their middos – It appears that, for whatever the reason, we have become much more focused on our children’s educational achievements, often at the expense of developing their character. Rav Mattisyahu Salomon, Shlita, (With Hearts Full of Love, ArtScroll Mesorah, p. 165ff) expressed it as follows.

(Parents) often make a mistake. They think that the main part of chinuch is in the mitzvos and that chinuch in middos is secondary, almost an afterthought. But in actuality, the opposite is true. The main focus of chinuch has to be in middos, because the obstacles in mitzvos are bad middos.

Rav Shimon Schwab, zt”l, (Selected Speeches, CIS, pp. 104-105) saw the problem as one of parental indifference, with dire ramifications for our children’s teachers.

In our modern age, our rabbeim suffer terribly from the fact that many children who go to yeshivos are the victims of the wrong chinuch received from their parents… The lack of derech eretz and the degree of chutzpah in some of our institutions is appalling… The children are not to be blamed! Unfortunately, so very often fathers shower money on their unruly children just in order to not be bothered by them. Very often, busy mothers and fathers have little to do with their children. The parents are too preoccupied with themselves to focus attention on their children.

While our schools have increasingly undertaken to promote positive character in our children, teaching proper middos remains a fundamental duty of every Jewish parent. Again, in the words of the Lakewood mashgiach (With Hearts Full of Love, p. 165, paraphrasing the Shelah Hakadosh): “It is the responsibility of parents… to devote themselves to teaching their children good middos and shun bad middos until this becomes the essence of their beings.”