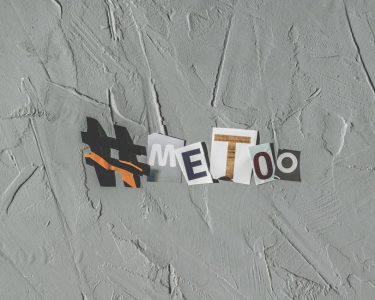 Time Magazine’s 2017 Person of the Year were “the silence breakers, the voices that launched a movement.”  That movement, well known by its hashtag, #MeToo, continues to hold accountable violators of abuse and exploitation. The movement is several months old and shows no signs of slowing. Just last week, a South Korean politician once considered a presidential contender resigned after his secretary publicly accused him of repeatedly raping her. Victims, particularly of the powerful and influential have become empowered to speak up with confidence that they will be supported, not derided, for calling out those who have abused their power and acted grossly inappropriately or criminally. This sea change is welcome and represents a major step forward for society.

But is it enough?

It seems to me that despite real progress with respect to supporting and believing victims and punishing wrongdoers, the #MeToo movement has almost exclusively focused on litigating past indiscretions. Discussion of best ways to prevent future problems seems limited to changing workplace harassment policies and making sure young men are taught what should be obvious lessons in how to interact with and treat women.  There has been little to no conversation about changes and policies we as a society can employ going forward that address the underlying issues surrounding the protection of people from unwanted advances and abusive interactions.

Creating a no-tolerance environment and a culture of listening are excellent steps towards prevention.  But it isn’t sufficient to protect victims of aggressive behavior. Ascribing blame to only the perpetrators ignores the fact that this crisis is also the result of decades of fundamental, societal issues that remain largely unresolved. The few voices who have called for us, in the wake of this movement, to reexamine some of our society’s norms and mores and to improve our general sense of modesty have been heavily criticized, ridiculed and even demonized. If one dares suggest that we consider the broader culture and its impact on these issues, he or she is unfairly accused of blaming the victims and summarily labeled as defending the perpetrators.

Dismissing voices that call for a return to modesty and even worse, painting them as somehow part of the problem and not the solution, amount to nothing more than a deflection and a way to avoid taking a good, hard look in our collective mirror. Ignoring our increasingly licentious culture means living with a blind spot. To be absolutely clear: We should and we must hold accountable men and women who exploit their positions of power to take advantage. At the same time, if we truly care about improving our society and protecting its vulnerable, we must hold ourselves accountable to better and higher standards.

The many celebrities who have been outspoken on this issue have made an important contribution. But as Torah Jews, should we really concede our standards and practices to, and take direction from, an industry that has profited and thrived off of objectifying women and selling sexuality, and continues to do so despite the rise of #MeToo? Of course, there is absolutely no behavior that ever excuses or justifies harassment, abuse or exploitation. But, that doesn’t mean adjusting our collective practices and choices going forward can’t be part of a solution.

Commitment to a more modest lifestyle should not be labeled prudish or fanatical. While the world struggles for solutions, we are blessed that our sacred Torah and holy tradition provide timeless guidance and wisdom in this area, as in every other. Long before Freud, the Torah knew that this impulse is uniquely strong, and that nobody is immune from its impact and influence. The laws in the area of interpersonal relationships are guided by the principle that אין אפוטרופוס לעריות, there is nobody fully trustworthy when it comes to sexuality (Chullin 11b).

How many brilliant, accomplished men and women have we seen fall because of horrifically poor judgment in this area that proved to be self-destructive. Our greatest, most righteous and respected leaders in Judaism expressed their humanity and vulnerability in this area. Indeed, the only person in Tanach whom we refer to as “haTzadik,” Yosef, earned that appellation because he exhibited superhuman restraint and discipline against a most formidable seduction.

Consider the impact if the world would embrace the principles behind the laws of yichud and negiah alone, let alone many others. A few years ago, I asked Dr. Ruth Westheimer what she thought were the most important ingredients for a healthy and strong marriage. I was very surprised when among her answers she said a steadfast commitment to observe the laws of yichud. She explained that especially in our world of enticement and access, it is so important to remove temptation and opportunity before they ever arrive by pledging to never be alone with a non-family member of the opposite gender.

Considering a peck on the cheek, a hug, or an arm on the shoulder as casual contact with no other significance diminishes the meaning of those acts when undertaken with those with whom they should carry great meaning and pleasure. Furthermore, we have come to learn that they aren’t always casual, and we don’t always know the intent of all parties. If someone abstained from these social gestures because they had a germ phobia or a health sensitivity, we would honor their boundaries with respect and sensitivity. Why should anyone look at those who are strict in this area because Jewish law prohibits it with judgment or disdain? In a world that has become sensitized to the issue of uninvited and unwanted touch, wouldn’t observing the practice of having no physical contact with the opposite gender create more personal space and a greater sense of security and comfort?

Shortly, we will mark Pesach and with it celebrate the Exodus from Egypt.  God promises to extract us, to take us out from sivlos Mitzrayim, classically translated as from under the burdens of Egypt.  However, the Imrei Chaim, Rav Chaim Meir of Vizhnitz explains, that tachas sivlos Mitzrayim means, I will redeem you from “sivlos” as in “savlanut,” from being patient and from a willingness to endure the culture of Egypt. The redemption comes through reaching a place of being disgusted and repulsed by the degradation and defilement of Egypt. When you no longer have sivlos, savlanut for the culture of Mitzrayim, that is when you are on your way to redemption and to kedusha, to holiness.

There are many things we must maintain patience for, but let part of our response to this new movement be to feel fed up with allowing ourselves and our standards to be defined by pop culture, the fashion industry, advertising agencies, and Hollywood writers. The Western world in which we live, a world that has blessed us with extraordinary gifts and opportunities, has also introduced standards and values that should be foreign to us and even repulsive to us. We believe that G-d not only created the world, but with His infinite wisdom, He prescribed laws and a system that are designed to create the most moral, safe and holy society.

Rav Avraham Yitzchak Ha’Kohen Kook writes (Orot Ha’Kodesh 3:296) of a time when the world will look with admiration at the Jewish people’s quest for sexual purity. We have given the world great technological advances and medical breakthroughs. The time has come to lead by example of what it means to participate in and contribute to the world around us, without compromising or conceding our standards. Doing so will shape the world to not only be holier, but safer as well.