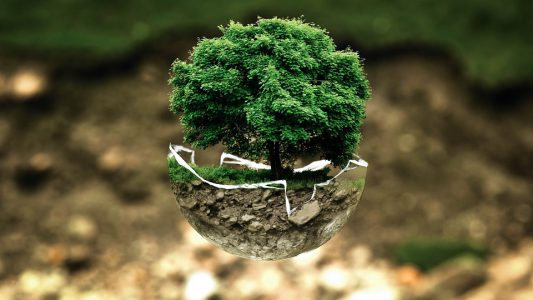 The Torah presents us with apparently contradictory visions of the Jewish soldier. In considering this contradiction, we can find essential guidance for our own pursuit of greatness.

On the one hand, we are taught of the spiritual vulnerability of the Jewish soldier, granting him license to be with a lovely captive and ultimately take her as a wife. This unusual allowance is granted because of the Torah’s recognition that the soldier’s temptations will be so overwhelming that, were the Torah not to find a way to allow this relationship, the soldier would proceed with it anyway (Rashi to Devarim 21:11).

On the other hand, the Torah (Devarim 23:10) establishes the highest spiritual standards in the Jewish army camp, requiring the same level of modesty and cleanliness expected in a house of prayer or study. Rambam (Hilchos Melachim 7:15) takes it even further when, in explaining the exemption of the recent bridegroom and homebuilder from army service, he describes the lofty intensity of the soldier’s engagement in battle:

When the person enters the thick of the battle, he shall rely on the One Who the Jewish people have always focused their hopes upon and Who has saved them at times of distress, and recognize that he is fighting for G-d’s sake. He should place his life in his hands without fear or dread and without thinking of his wife and children. Instead, he should erase any thought of them from his heart and focus entirely on the battle at hand.

How do we reconcile these two opposing visions of the Jewish soldier? Is he the intensely striving soldier of G-d, focused single-mindedly on the battle at hand, or the morally compromised warrior, prone to the distractions of indulgence? 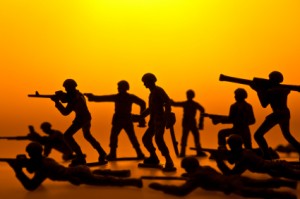 It seems that these are not contradictory visions but different stages. The soldier’s vulnerability begins after the battle has been won, when he sees amongst the captives the lovely woman. Indeed, the Talmud (TB Kiddushin 22a) notes that the allowance is not granted during the actual war, rather only after the soldier has moved away from the battlefield towards home (see Rambam Hilchos Melachim 8:3).

Why does this make such a difference? Where did the intensity go?

The first thing that changes when the battle is over is that the soldier is no longer pursuing the victory, no longer actively fighting the fight for G-d. When one stops striving, they may come crashing to the ground. Just as athletes are prone to emotional crashes after winning their Olympic medals, the soldier becomes emotionally vulnerable after the battle has concluded. Indeed, any person who achieves a hard-sought goal may suddenly find himself directionless afterwards. That is why we must never stop climbing and striving.

The Gaon of Vilna expressed this idea in his commentary on Mishlei (15:24): “The path of life leads upward for the wise, such that he avoids the deepest depths.” Man, explained the Gaon, is a dynamic being who can never simply stand still. If we are not climbing and growing, we will inevitably fall. This readily explains the sudden and striking change in the life of the soldier when the war is over.

And this is relevant for all of us. We can easily slide into complacency or resignation, thinking that at our age we have arrived; that we are what we are and need not pursue growth and change; and that even were we to pursue it, at this stage it would elude us. The Gaon warns us otherwise. To quote Karl Malone, the NBA’s second all-time top scorer, in reference to aging athletes: “It’s not that their bodies stop, it’s just that they’ve decided to stop pushing it.”

It’s not that the spirit is stuck. It’s just that we have stopped pushing it.

The second major change experienced by the soldier when the war ends is the disbanding of his unit. The soldier heads home by himself. Previously, he was fighting the fight together with his comrades, with others who were joined with him in passionate pursuit of the same goal. The strength of the group gives each of its members both direction, reinforcement and accountability. Left to himself, the soldier is a bit lost and likely to wander off.

Students of the dynamics of effective change have noted that a critical element to successful and sustained change is undertaking the process as part of a group. Whether in the form of the Mussar chaburah, comprised of friends meeting together regularly as they work together to pursue a spiritual goal, or in the form of a 12-step or support group, a goal shared with others provides critical direction, encouragement and accountability.

As we embark on the work of Elul of making things better, these two considerations should figure prominently in our minds and plans. First, we must pursue goals, recognizing that as soon as we stop striving for bigger and greater things, we inevitably begin to stagnate and fall. And second, we must find ways to do so together with others, be they friends, family or community. We must be part of a team, a unit, joined together in pursuit of continued growth, onward and upward.

Rabbi Moshe Hauer is the Spiritual Leader of Congregation Bnai Jacob Shaarei Zion, one of the leading Orthodox congregations in Baltimore, Maryland. His articles and shiurim on a broad array of Torah topics can be found at www.rabbihauer.org. This essay can also be viewed here. Rabbi Hauer is active in local communal leadership in many areas, with an emphasis on education and on social service organizations serving the Jewish community, including charitable services, hospice and domestic and child sexual abuse prevention.  Rabbi Hauer visits Israel frequently and is very involved in Israel-related activities.  He is a founding editor of the online journal “Klal Perspectives” and leads a leadership training program for rabbis and communal leaders.  He lectures on a wide variety of topics in Jewish law, Jewish thought, and historical and contemporary issues.