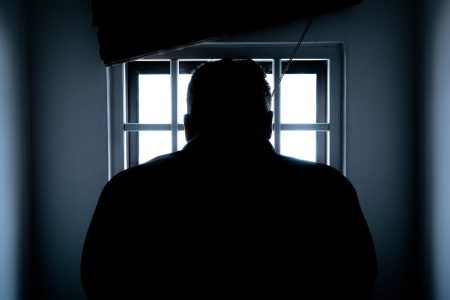 This week, Atlantic Magazine reported an increasing trend in South Korea where professionals and students seek relief from their stressful work and academic pursuits by checking into, of all places, a prison for a weekend:

For the past five years, a mock prison facility in Hongcheon, South Korea, has been locking up paying “inmates” for brief stays in simple cells where mobile devices are prohibited, talking with other participants is not allowed, and no clocks can be found. Kim Hong-Ji, a photographer with Reuters, visited “Prison Inside Me” recently, reporting that it has hosted more than 2,000 inmates since 2013, “many of them stressed office workers and students seeking relief from South Korea’s demanding work and academic culture.” Noh Ji-Hyang, a co-founder, was inspired by a comment from her husband, a prosecutor, who said that he’d rather spend time in solitary confinement than go back to a 100-hour workweek: “After a stay in the prison, people say, ‘This is not a prison, the real prison is where we return to.’” (Alan Taylor, Atlantic Magazine, A Weekend in a Prison Cell to Escape Modern Life, November 26, 2018.)

The need for a balanced life in face of the frenzied high-tech get-ahead culture is not limited to Asia and the Far East; it’s also right here in the US and Europe:

I took a real day off this weekend: computers shut down, cell phone left in my work bag, landline ringer off. I was fully disconnected for twenty-four hours. The reason for this change was a natural and predictable backbreaking straw. Flying home from Europe a few months ago, I swiped a credit card through the slot of the in-seat phone, checked my e-mail and robbed myself of one of my two last sanctuaries.

At that point, the only other place I could escape was in my sleep. Yet I had developed the habit of leaving a laptop next to my bed so I could check my e-mail, last thing and first thing. I had learned how to turn my P.D.A. into a modem, the better to access the Web from my laptop when on a train. Of course I also used that P.D.A. in conventional ways, attending to it when it buzzed me. I’m a techno-addict, but after my airplane experience, I decided to do something about it. Thus began my “secular Sabbath” – a term I found floating around on blogs – a day a week where I would be free of screens, bells, and beeps. An old-fashioned day not only of rest but of relief.

And sure enough, as soon as I started looking I found others who felt the need to turn off, to take a stab at reconnecting to things real rather than virtual, a moderate but carefully observed vacation from ubiquitous marketing and the awesome burden of staying in touch. Nor is this surprising, said David Levy, a professor in the information school at the University of Washington. “What’s going on now is insane,” he said, assuring me that he used the term intentionally. “Living a good life requires a kind of balance, a bit of quiet.” (Based on I Need a Virtual Break, by Mark Bittman, nytimes.com, March 2, 2008.)

Of course, the Jews learned from G-d that observing a day of rest, the Sabbath, that connected the world to the Divine, to their family, friends and community, nonetheless themselves, was an unimpeachable principle:

The Sabbath was a totally new institution in human history and at first no else could understand it … What was it that they could not understand? Every religion had its holy days. But none before had ever had a day whose holiness was expressed in the prohibition of work. Greek and Roman writers ridiculed the Jews because of this. They were, said Seneca, Plutarch, and Tacitus, a lazy people who took a day off because they did not labor. Neither Greeks nor Romans could understand the idea that rest is an achievement, that the Sabbath is Judaism’s stillness at the heart of a turning world, and that it was this that God had created on the seventh day. (Rabbi Jonathan Sacks, Radical Then, Radical Now, p. 130.)

It is not surprising then, that the Hellenist Greeks in 199 BCE took aim at the Sabbath as one of their measures to eradicate Jewish practice that led to the miracle of Chanukah. The Greeks attempted to subdue and subsume the Jewish religion through a series of calculated religious, cultural, and symbolic decrees.

The Jewish exile by the Greeks darkened the eyes of the Jews [it obscured their ability to have clarity of understanding]. Not only did the Greeks enact many decrees against the Jews in order to have them forget the Torah and bring darkness upon them, but they also wanted to prevent the Jews from observing G-d’s laws and take away their status of being the Chosen Nation so that they should become “free” and assimilate. This would undermine the essence of the holy nation! (Rabbi Shlomo Wolbe, Alei Shur, Vol. II, p. 459.)

The Greeks failed to overcome Judaism, but they remained attached to their worldview which still pervades much of civilization:

The Greeks were “humanists.” Humanism places man at the center of the universe. Were they so far off? Judaism also believes that the world is created for man. There are those who claim that the failing of Greece is that they made too much of the human being. No, that’s not our claim. Greece made too little of the human being! They limited the human being’s capabilities and accomplishments to the realm of what man can comprehend. Judaism does not. We maintain that we can accomplish more than we understand – we can reach worlds that we know nothing about. What is Greek wisdom? Worship of the human mind, human body, aesthetic sense, and values that speak to the human being. What is the aspect that God gave the human being that sets him apart? Kedushah – holiness – there is nothing more powerful, nothing more beautiful, nothing deeper. Through kedushah we affect worlds, transcending physical existence by way of our own actions and intentions. The universe is a lot bigger than what Greece thought it was. (Rabbi Yitzchak Berkovits, The Jerusalem Kollel.)

By lighting Shabbos candles and the Chanukah menorah – with an unswerving connection and commitment to the Divine – the Jewish people illuminate the world, emancipated from the “modern life” prison.

See the Morasha Module on the Jewish Calendar that contains five shiurim on Chanukah and Shabbos.