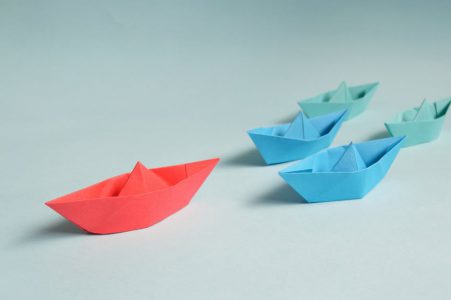 For longer than I care to remember, my wife and I have grappled with a parenting challenge that we hadn’t faced in the past. Our five-year-old and the youngest of our six children was acting very much like the baby of the family. In his self-defined role, he was unwilling to do certain things that his older siblings had mastered at younger ages. Most prominent among his “infractions” was his propensity to wake up in the early morning hours and join us in bed for the duration of the night. Try as we might (with discussions, incentives, framing “big boy” behaviors, etc.) we simply could not get him to remain in his room until morning.

Then, as if out of nowhere, he slept through the night in his bed for an entire week. On top of it, he started to demand the ability to bathe himself without parental presence, let alone assistance. It was as if the “big boy bulb” had gone on in his mind, speeding him along the independence highway to a new set of behaviors and sense of self.

The transition from dependence to independence exists in many arenas, including the workplace. As leaders, we want to quickly help our newly employed or repositioned personnel move from needy and dependent, requiring lots of direction, to confident self-reliant, and thus capable for being delegated to.

Here are some steps that can help expedite the process of making your people more independent.

Naphtali Hoff, PsyD, is an executive coach and President of Impactful Coaching & Consulting. For a free, no obligation consultation, please call 212.470.6139 or email nhoff@impactfulcoaching.com. Check out his new leadership book, “Becoming the New Boss”, on Amazon. Download his free eBook for understaffed leaders at ImpactfulCoaching.com/EPIC.