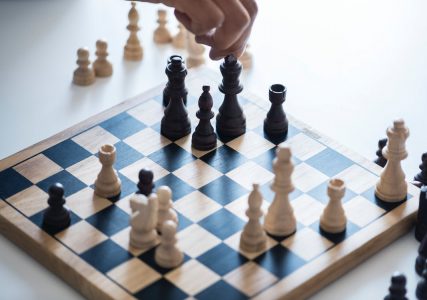 One of the defining aspects of the Sefirah period is the expression of mourning in commemoration of the death of Rabbi Akiva’s 24,000 students during the early-second century CE. The Gemara (Yevamos 62b) states that all of these great men died between Pesach and Shavuos because they did not treat each other with ample reverence.

Further complicating matters is the parallel account of this event recorded in the Midrash (Bereishis Rabbah 61:3). The Midrash states that the reason behind their deaths was not due to a lack of respect, but rather the fact that they “looked grudgingly” at (i.e. were envious of) each other.

This problem of envy would later become so clear to Rabbi Akiva that when he started teaching again with a small group of new students, he first warned them, “My sons, the earlier ones died only because they were envious of each other’s knowledge of the Torah. See to it that you do not act similarly.” Duly counseled, these new students, who included such future luminaries as Rabbi Meir, Rabbi Shimon, Rabbi Yehuda and Rabbi Yose, achieved such collective greatness that they “filled all of Israel with Torah.”

The Ponevezher Rav explains that these two different explanations for the death of these 24,000 students are not in fact conflicting. Rather, they express two aspects of the same issue. The more visible component was the lack of respect between students. However, the basis for that disrespect was their inability to tolerate each other’s greatness, perceiving that somehow it took away from their own rightful status.

Rabbeinu Yonah, writing in Shaarei Teshuva (3:160), explains that one can fulfill all of the mitzvos to the fullest degree and still be one who hates Hashem if he is bothered when he sees others serving Him as well. Such a person is not serving their Maker out of a true desire to fulfill His will, but rather for the purpose of enhancing his own personal stature.

This is not to say that Judaism categorically frowns upon human envy. On the contrary, jealousy that inspires one to achieve greater heights, known as kinas sofrim, is permitted and even encouraged. However, envy that fosters a feeling of resentment can only bring pain and destruction. The former looks up to his colleagues, continuously aspiring to reach their lofty levels. The latter seeks to bring his friends down to his level, and belittles their accomplishments.

These great students of Rabbi Akiva died because they made improper, selfish use of the Torah. “He who makes improper use of the crown of Torah passes away.” (Avos 4:5.) They were punished specifically during the Sefirah period because they failed to uphold the honor of the Torah during this period in which we ready ourselves to properly receive it.

Based on the above, I am left to wonder as to whether or not we introduce our children to an excessively high degree of competition, both in school and elsewhere. Every time I turn around it seems that they are involved in some other competitive extra-curricular program. Charts and raffles abound, often pitting boys against each other, vying for prizes and recognition. Contests and programs for davening over vacation, committing mishnayos to memory, Shabbos learning, Chumash projects, performing acts of chesed, raising money for their yeshiva, etc. The list goes on and on.

This begs the obvious question. Is it really appropriate for us to engender such competition amongst our children, particularly when it comes to the pure study of Torah? By doing so, are we not, in a sense, tarnishing it by converting it into yet another forum for personal recognition and glorification?

In truth, there is an important place for such competition. We know that children who are trained to engage in learning and the performance of mitzvos for ulterior motives will be more likely to continue along such a path well after the need for such external motivation continues to exist.

However, it is imperative that we educate our children to also celebrate each of their friend’s successes, not just their own. They should be trained as much as possible to build each other up, and not worry about those who have outperformed them or who have received a better prize.

In addition, they should be made to understand (and hopefully internalize) that the primary objective with these various competitions is not rivalry and personal recognition, but rather to achieve higher levels of learning and mitzvah observance. Let them know that the contests only exist because we would otherwise not be motivated to maximize our potential. Allow them to understand the power of one’s yetzer hara, which discourages such achievement without the presence of external, material incentives.

We’re all trying to achieve the same goal – furthering Hashem’s will in this world. If and when we do feel the need to compete, it should be with the idea of raising everybody’s level of commitment and accomplishment – and not the opposite, Hashem forbid.

This post is based on the writings of Rabbi Chaim Friedlander, Sifsei Chaim, Vol. 3, pp.44-47. Naphtali Hoff, PsyD, is an executive coach and President of Impactful Coaching & Consulting. Please see his website, ImpactfulCoaching.com. For a free, no obligation consultation, please call 212.470.6139 or email nhoff@impactfulcoaching.com. Check out his new leadership book, “Becoming the New Boss,” on Amazon and on the book site, BecomingtheNewBoss.com.