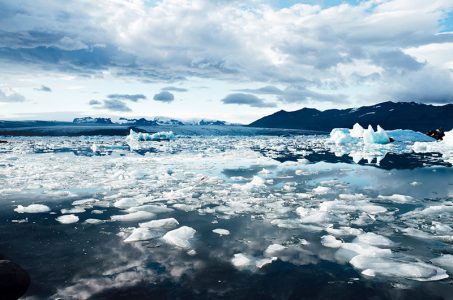 With the dramatic shift in weather patterns over the past few years, with wild swings of hot and cold seasons, very dry and very wet years, more snow in winters and higher temperatures in summers (2015 was the hottest year ever recorded), more and more people are convinced that these shifts are due to global warming caused by man’s insensitivity to the environment. It is not surprising, then, that for many people, the number one concern in the world today, according to many surveys, is the threat to the environment caused by man’s need to utilize the resources of our planet for his survival. This need is often pitted against a more practical need and desire by man to use the earth’s resources for his benefit. This essence of the issues behind this debate can be analyzed by focusing on two classic dilemmas:

1) The huge demand for wood and paper products can best be satisfied by cutting down older trees in the ‘old growth forests’ and rain forests. However, many scientists believe that cutting down these trees does further damage to the ozone layer and the world’s climate. On the other hand, if tree cutting were stopped in these areas, many thousands of workers would be out of jobs and the country’s economy would suffer. Which is the right moral choice, the correct ethical action?

2) If human beings would be sensitive to the environment and act to preserve the ecological balance of nature, then could man ever build new houses and develop new areas and neighborhoods to live in, thereby destroying ecosystems containing millions of microscopic animals and plants, by merely laying the foundations of the homes?

THE JEWISH ATTITUDE TO THE ENVIRONMENT

Thousands of years ago, before ecology became a worldwide human concern, Judaism dealt at length with these specific dilemmas and many other questions involving the environment, in a most sophisticated manner. The first indication of any sensitivity to these issues occurs in the very first chapters of the Torah where G-d commands man to “fill the world and subdue it.” In his commentary on this verse, Nachmanides explains that the world is given to men for their needs “to do as they wish” and includes, as one of the examples, man digging up the ground to mine copper. Since strip mining of copper is a prime illustration of the destruction of the environment, it seems that the Torah permits man to use the world as he sees fit, with no need for ecological concerns or sensitivity. However, a few verses later the Torah tempers this commandment by telling us that G-d put man in the Garden (symbolic of the entire world) “to work it and to guard it.” Since guarding something means preserving it, G-d essentially wants man to both use the world for his needs (as seen in Genesis 1:28), but, at the same time, to preserve the world and not destroy it.

How can man do both? How can he use the world for his needs, but at the same time, take care of it and save it?

Rabbi Dr. Nachum Amsel currently works with Rabbi Berel Wein and the Destiny Foundation as the Director of Education, whose mission is “to bring Jewish history to life in an exciting, entertaining and interactive way.” Rabbi Amsel has also served as a teacher, a school principal, and an adjunct professor.  He has also taught over 2000 educators how to teach more effectively. Rabbi Amsel has worked in all areas of formal and informal Jewish education and has developed numerous curricula including a methodology how to teach Jewish Values using mass media. Recently, he founded the STARS Program (Student Torah Alliance for Russian Speakers), where more than 3000 students in 12 Russian speaking countries learn about their Jewish heritage for five hours weekly. Rabbi Amsel previously served as the Educational Director of Hillel in the Former Soviet Union. He lives Jerusalem with his wife and has four children and three grandchildren.\