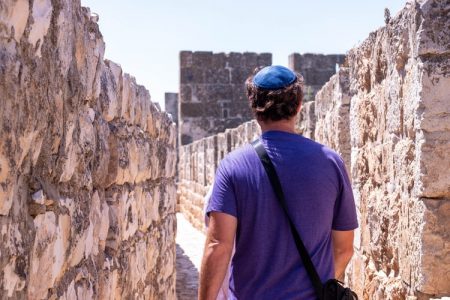 Why call it “Anti-Semitism”?

Let’s begin by focusing on the term “anti-Semitism” itself. Why do we need a specific term for hatred against the Jews?

We know that there is much religious bigotry in the world. Religious bigotry would describe animosity towards any religious group, whether they are Buddhists, Hindus, or Mormons. There is racism, which could refer to looking down at any other race, whether it is blacks, Asians, or American Indians. And there is xenophobia, which is relevant for any foreign group or outsiders at all.

Why then not refer to the hatred and persecution of Jews by these more generic terms like religious bigotry, xenophobia, or racism? The very need for a distinctive term for hatred of the Jews tells us that the world recognizes that anti-Semitism isn’t simply one more unfortunate example of hatred in the world. It is, rather, a phenomenon that is specific to the Jewish people.

What is it which makes anti-Semitism so distinctive?

The most common reasons given for the hatred and persecution of the Jews are Jews having money, influence, power, intelligence, etc. In fact, there are probably as many attempts to understand anti-Semitism as there are perceptions and distinctive aspects of Jews. An important point to consider is: What is the difference between a reason for something and an excuse? And is there a litmus test to differentiate between the two of them?

Whatever we do, that is what is cited as the reason for the hatred against us. For example, at the same time that Jews in America were accused of being communists, Jews in Russia were being labeled as capitalists. The more that one studies anti-Semitism, the more obvious it becomes that the innumerable “explanations” offered throughout the various societies in which Jews have resided are not reasons at all (whose absence would necessarily result in an end to hatred and persecution), but simply excuses.