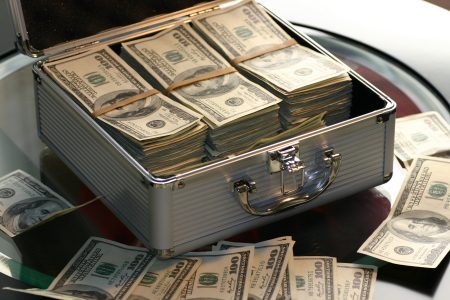 The spate of public arrests in the past few years by Jews who have swindled the government and many other people points to a serious breakdown in Jewish values. The most famous of these cases involves Bernie Madoff, who cheated people out of more than $50 billion. Although he is not Orthodox, almost of all of Bernie Madoff’s victims were Jewish. This is compounded by the arrests of several Orthodox rabbis for their alleged roles in scandals on the West and East Coasts of the United States, which includes rabbis in the Chassidic, Lithuanian and Sephardic communities, as well as other Jews who have also been in the news for similar reasons. A very influential lobbyist was sent to jail for stealing from the government and Native American tribes, while purporting to live an Orthodox and moral life aside from these crimes. The same phenomenon has been witnessed in Israel, as one president of the country was forced to resign for accepting bribes, a sitting prime minister stepped down after being indicted for bribe-taking and many other financial irregularities. A past mayor of Jerusalem was arrested for similar crimes, and more recently, several mayors of smaller towns were forced to leave their posts for illegal financial dealings. It seems that this pandemic of unethical behavior in this particular area has affected the entire Jewish community, even as it affects many in the non-Jewish world as well. It is clear that the values of the entire western world “allowed” for these crimes to take place. And for every public official caught, there are many more who are guilty but not yet found out.

This atmosphere of greed that led to these behaviors, not only by leaders, but also by entire societies, needs to be addressed. It is clear that the voracious desire for money and wealth is not only a Jewish problem, but a value affecting everyone in Western society. What is Judaism’s take on this rampant avarice affecting both leaders and others in the Jewish community, even those who profess to live by Jewish values? Can and should the Jewish community do anything about this phenomenon? This chapter will examine the specific Jewish attitude to greed through sources and through examples in the past.

To continue reading, download the entire essay in WORD or PDF.
Download the source sheets in WORD or PDF.
_______________________________
Rabbi Dr. Nachum Amsel currently works with Rabbi Berel Wein and the Destiny Foundation as the Director of Education, whose mission is “to bring Jewish history to life in an exciting, entertaining and interactive way.” Rabbi Amsel has also served as a teacher, a school principal, and an adjunct professor. He has also taught over 2000 educators how to teach more effectively. Rabbi Amsel has worked in all areas of formal and informal Jewish education and has developed numerous curricula including a methodology how to teach Jewish Values using mass media. Recently, he founded the STARS Program (Student Torah Alliance for Russian Speakers), where more than 3000 students in 12 Russian speaking countries learn about their Jewish heritage for five hours weekly. Rabbi Amsel previously served as the Educational Director of Hillel in the Former Soviet Union. He lives in Jerusalem with his wife and has four children and four grandchildren.