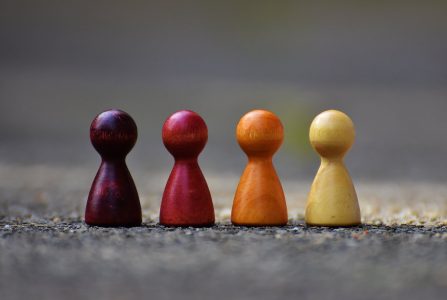 The Kiruv Movement fails to take advantage of the valuable studies done on the Jewish community at the cost of tens of millions of dollars. Many of these studies point to practical programming opportunities that would change and upgrade the way we do Kiruv.

One common denominator to all studies is that most Jews – even intermarried ones – feel very Jewish.  For example, a study done in 2018, called Unlocking the Future of Jewish Engagement, surveyed 22-40 year-olds who were without children and found the following:

Other studies show that far too many people see themselves as not educated or equipped to “do Judaism” on their own terms, and instead feel forced to passively consume Judaism. At the same time, passively consuming Judaism is not fully appealing or satisfying to many as it doesn’t take into account who they are as complete people with talents, questions and complex thoughts. So they may shun Jewish opportunities entirely – perhaps until there are children available for religious instruction and direction.

Broader studies of Millennials show that, far from being materialistic and superficial, Americans in general crave a sense of belonging, identity and meaning. The aspiration to become a better version of one’s self comes from there, not from egocentric selfishness. In fact, data shows that almost half of Millennials would move to less paying jobs if they offer a better sense of meaning and serve a greater purpose than themselves.

Jewish Millennials don’t want a watering down our tradition; rather they want higher stakes and loftier aspirations rooted in Jewish wisdom. If then, why don’t Millennials just join one of the established Jewish communities out there, even Conservative or Reform? This is because:

The summary of all this is to work together in creating a cooperative community. Millennials will self-obligate if they feel that they are partners and feel a sense of shared ownership. The obligations of such a community can (contrary to the average Kiruv-approach) include financial contributions, volunteer roles, and regular (at least monthly) attendance.

One working example of this is Moishe House. To stay in one, you have to obligate yourself to a certain amount of activity that includes Jewish young adult engagement. All programming is planned and executed by peers. Moishe House reports that prior to their involvement with Moishe House, only 32% considered themselves leaders or role models. After participating that figure rises to 81%.  Almost one in three people (31%) reported that Moishe House led them to take on leadership roles within other Jewish organizations or activities.