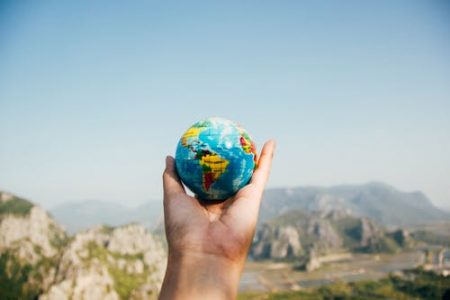 The following is based on an article by Sergio DellaPergola in the American Jewish Year Book, 2019 as well as the London-based Institute for Jewish Policy Research. (DellaPergola was also a co-author of that study.)

An entirely different ranking of major communities consequently emerged. The top five in 1980 were the US, Israel, Russia, Ukraine, and France; in 2019 they had become Israel, US, France, Canada, and the United Kingdom.

The Jewish Policy Research paper counts 1.3 million people in continental Europe (9% of the global population), including the parts of the FSU in Europe. This would be a decline of nearly 60% since 1970, when there were 3.2 million Jews in the same area. (The European Jewish Congress website speaks of 1,929,650 Jews in Europe today – nearly 33% more than the number arrived at in the new report. The World Jewish Congress counts 1,438,000 Jews in Europe.)

84.1% of world Jewry currently lives in two countries, Israel and the US, and 96.4% are concentrated in the ten countries with the most Jews. Another seven countries each have more than 100,000 Jews. Of these, three were in Western Europe (France, the UK, and Germany) plus Russia, Canada, Argentina and Australia, each in a completely different region.

However, 89.2% of the most of the recent increases have been in Israel. In fact, when Israel’s Jewish population increased by about one million, the total Diaspora Jewish population decreased by 108,000. This is due to the fact that in Israel the marriage rate is much higher, the fertility rate of those married is much higher (3.17 children currently born per Jewish woman), and the population is significantly younger (27% under age 15 and only 13% age 65 and over).

It is misleading to deal with only demographics as an indication of the vibrancy of a Jewish community.

Russia: Russia’s population has been in serious decline since the 1880s. Even so, from a Jewish point of view Moscow’s Torah vibrancy continues to advance. Outside of Moscow and St. Petersburg, populations are really thinning out. Locals put Moscow’s Jewish population as high as 300,000 but official figures are much lower.

South Africa is also in decline population wise, but Johannesburg remains very vibrant. Numbers have dropped from a peak of 120,000 down to around 55,000 today.

Until now, France was the second largest Jewish diaspora population after the United States, with 450,000 Jews. Canada, however, is expected to occupy the position in the future.

Germany: More than 40% of its 118,000 Jews are above the age of 65, whereas less than 10% are under 15. (This is true of Russia and Ukraine as well). This foreshadows high death rates and unavoidable future population decline. There is increasing intermarriage and a decline in the reproduction rate. Despite an influx of about 200,000 Jews from the former Soviet Union and at least 10,000 Israelis, the community’s demographic trajectory did not change because many of the immigrants and their children intermarried, stopped considering themselves Jewish, emigrated elsewhere or died.

Argentina: Argentinean Jews have been trickling into Panama, Mexico City, Florida and some to France and Israel. Numbers have dropped from a peak of 230,000 to 170,000 today.

Major Jewish Populations on the Rise:

Canada: with about 391,000 Jews will soon overtake France as home of the world’s second largest Jewish Diaspora community behind the United States.

Austria, Belgium, United Kingdom and Switzerland: All are growing because they all contain sizeable Orthodox communities. In Belgium, where more than half of the country’s 29,000 Jews are Orthodox, 43% of Jewish households have at least four children, the study shows. In the United Kingdom:  33% of its households have at least four children. (For comparison, that figure is 26% in Germany and France.) For Britain,this reverses a decline of almost 50 years.In 1970, Britain had 400,000 Jews. Today it has around 270,000 – 290,000.

[2] DellaPergola’s core Jewish population includes: (a) those who define themselves as Jewish by religion and (b) those who define themselves as Jewish although not based on religion – but also do not have another religion with which they identify. Partly Jewish persons, Jews who identify with multiple religions, persons of Jewish parentage who do not identify as Jewish and Jewish-household-connected individuals are not included in the core Jewish definition.