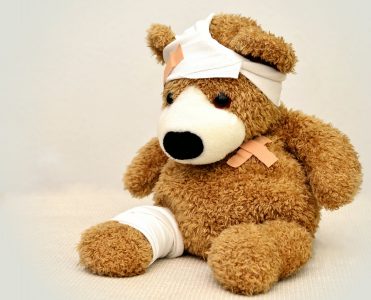 The classical Jewish understanding of G-d is that He is a Creator, Sustainer, and Supervisor. He created the entire world from absolutely nothing, He continually sustains its existence from that first instant and onward, and He supervises whatever occurs in the world.

In sharp contrast to this traditional perspective is a well-known book on the topic of yissurim, titled, When Bad Things Happen to Good People, written by a Conservative rabbi named Harold Kushner. He wrote the book in response to his terrible personal trauma. His son was born with an extremely rare genetic disorder called progeria, in which symptoms resembling aspects of aging are manifested at a very early age. This child tragically died at the age of 14.

In his attempt to reconcile a loving G-d with the existence of painful yissurim, he describes a G-d completely removed from the world, incapable of either intervention or supervision. His answer to “why bad things happen to good people” is that G-d did not cause the difficulties to occur, nor could He have even prevented them from happening. As he wrote — “No matter what stories we were taught about Daniel or Jonah in Sunday school, G-d does not reach down to interrupt the workings of laws of nature to protect the righteous from harm… G-d does not cause it and cannot stop it… Fate, not G-d, sends us the problem… Life is not fair. The wrong people get sick and the wrong people get robbed and the wrong people get killed in wars and in accidents.”

Three Fundamental Problems with the Book

First, it is illogical. Once we accept that G-d created the world, it doesn’t make sense to say that He isn’t supervising it. And it is especially strange to say that He is incapable of supervising it.
Second, Kushner’s approach is profoundly un-Jewish. His understanding of G-d is antithetical to the traditional Torah understanding of a powerful and benevolent Creator Who personally supervises the events in all of our lives.

To understand the proper Jewish view of anything, one needs to examine classical Jewish sources, ideally the Torah itself. If we look at the Torah from the beginning, when G-d interacts with Adam and Chava in the Garden of Eden, to the end, when He buries Moshe just outside of Israel, we see G-d very clearly supervising the world. There are, of course, many more dramatic examples of His Supervision, such as the 10 plagues, splitting of the sea, feeding the entire Jewish people for 40 years in the desert with the manna, and giving them the Torah at Mount Sinai. The Torah could not be clearer that G-d is not only a Creator but also an active Supervisor.
{The issue of Sustainer, while also fundamental to the Jewish understanding of G-d, is beyond the scope of this presentation.}

Rabbi Benjamin Blech (in his presentation on the topic of yissurim, If G-d Is Good, Why Is The World So Bad?) wrote — “In his conclusion…Kushner departed from some 3,000 years of Jewish teaching. Additionally, he refused to consider, in anything more than perfunctory fashion, the reasons why bad things happen. He made clear that he intentionally titled his book When Bad Things Happen to Good People, not Why Bad Things Happen to Good People. He has often stated — in his book and in his public lectures— that he is interested only in the aftermath: When it happens, what do you do? How do you recover from it? The “why” is both irrelevant and unanswerable.”

Third, his approach is profoundly depressing. By detaching G-d from whatever occurs in the world, there is necessarily no meaning or purpose to anything. Some things that happen will be pleasurable, and some will be painful, but none of them will have any ultimate significance at all.

It is very puzzling that a number of the reviewers of the book see his approach as actually providing comfort:

Comforting answers to the universal question: “Why me?” – Redbook
An unprecedented source of comfort and reassurance – Publishers Weekly
Will comfort and enlighten – Washington Post